The Genoa International Boat Show was officially inaugurated on the 1st October, with several of the highest institutional authorities attending the opening ceremony. Boasting a new set up this year following an abundance of critique from the industry, the show hopes to prove itself as the dynamic event it has been in previous years. 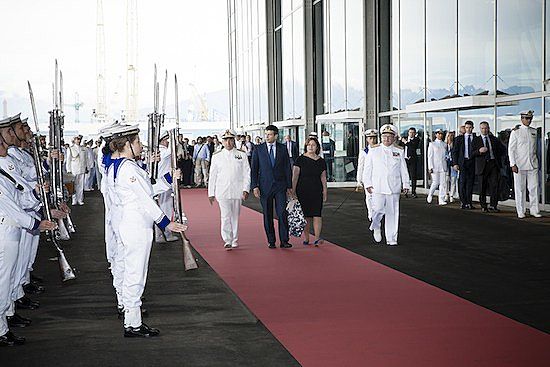 A large crowd gathered for the opening ceremony, including Minister Maurizio Lupi. He stated “Our presence here proves how the Government intends to support, with facts rather than words, a sector that is experiencing a major crisis but at the same time aims at rising again and move forward. We must start again to consider the sea, one of the foundations of our history, as an opportunity instead of a problem: boat owners should not be seen only as evaders. On the contrary, we must think about them with pride. This philosophy has been already applied by other countries near Italy, and we should not be second to anyone. In the past, politics has been acting wrongly in this respect, but it is now deployed to support the sector.” 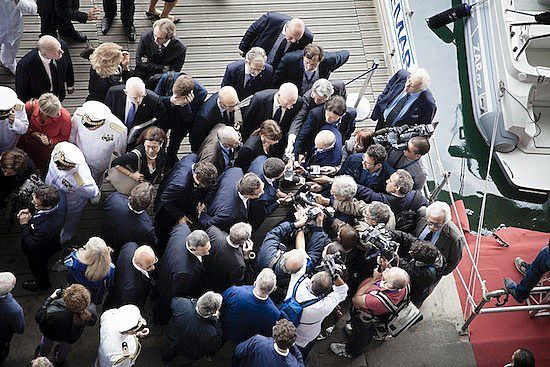 Another contribution that represented a high incentive was the one by Claudio Burlando, President of Regione Liguria. He commented, “In the past, the maritime sector was travelling in full sail, while now it is experiencing a deep crisis. It is just a phase, it can happen. It is of major importance that the Boat Show is still here, boasting of the strong support of the professionals, it is a symbol of endurance, resistance, and continuity. The destiny of the sector, like the destiny of Italy, is not inescapable. A hard work is necessary for the recovery.” 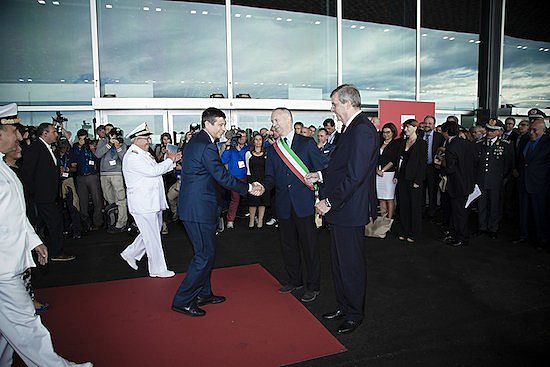 Furthermore, Massimo Perotti, President of UCINA made this speech, “We expect politics to keep on helping this industrial sector essential for the Made in Italy: we need the new nautical code together with its new application regulations, and we need the confirmation for the reduction of the IVA (TVA) for Marina Resorts to the 10%. As for banks, we ask for a renewed trust in the implementation of the nautical leasing, which has always revealed itself as a powerful driving force for the trade." 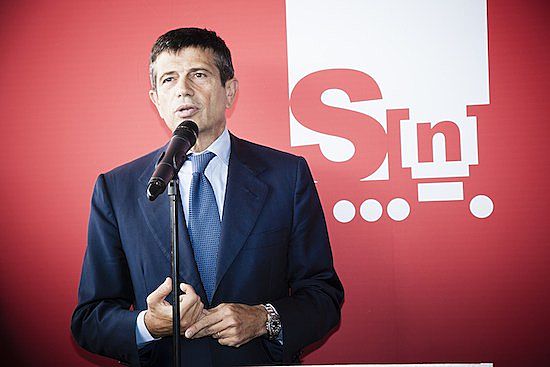 The same perspective has been adopted by Anton Francesco Albertoni, President of I Saloni Nautici: “We must thank the 760 companies that participate at the 54thof strength and of ‘resistance’, a word that should accompany us also in the future. The nautical sector, of which the exhibition is the showcase ‘par excellence’, together with other sectors such as interior design, design, and food, represent the excellence of the Made in Italy and might be an extraordinary engine for the recovery.” 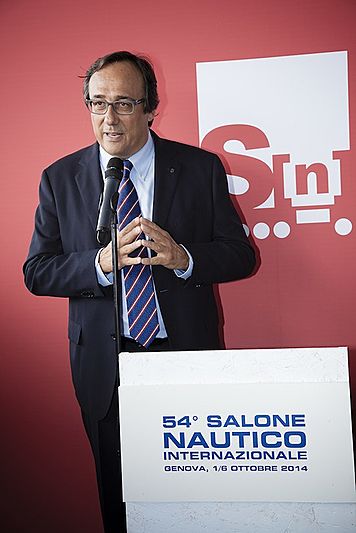 Finally, Sara Armella, President of Fiera di Genova concluded that the 2014 boat show, “represents a determining change. This year the coordination appertains to UCINA, in order to answer to the necessities of the exhibitors, with minor costs, more efficient services, a rediscovered international visibility, and a recovered attention for the politics that concerns the sector. Anticipating many of the decisions included in the Government agenda with the Cottarelli plan, since last October until today Fiera di Genova SpA has focused on a deep work of reconstruction, sometimes not painless, redefining its spaces in line with the economic scenario. Strategic spaces for the city, that represent, today, the main focus of a project of enhancement to which we offer all the necessary cooperation, even if still demanding that, within the lapse of time that separates us from the final realisation, there will be space enough to continue the planned activities and the action for the relaunch of Fiera."

The 54th Genoa International Boat Show started on the 1st October and will finish on the 6th October.