Lürssen and German Naval Yards Kiel have announced their intention to bring their naval shipbuilding capabilities together under “a long-term cooperation in naval shipbuilding.” The two shareholding families have agreed on a contractual agreement for the joint venture – subject to approval by the merger control authorities – with the objective of reinforcing the efficiency and sustainability of the German naval shipbuilding industry to compete on a global level. 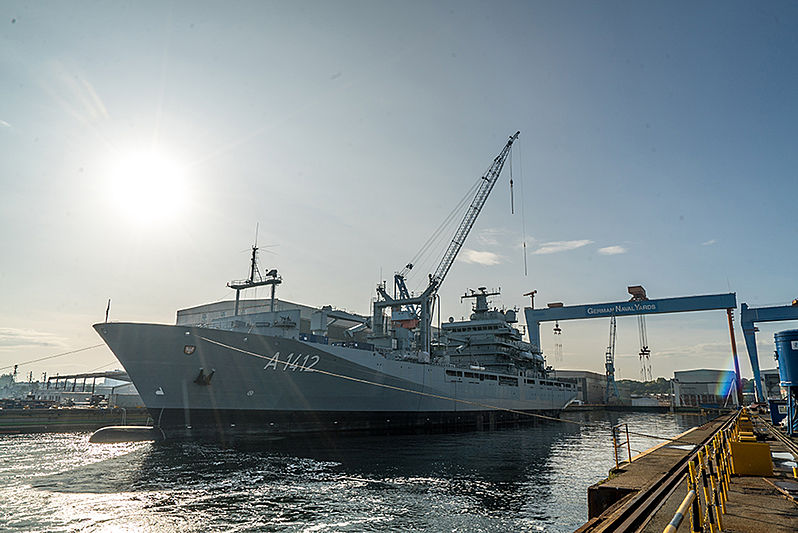 Photo: German Naval Yards The German government has been involved in the negotiation process from early on and the agreement should be seen in the light of a recent white paper that identifies naval shipbuilding as key to strengthening national security and the defence industry. In January, the German government announced that it had selected Dutch shipbuilder Damen as the main contractor with Hamburg-based  Blohm+Voss, a Lürssen subsidiary, to build the next German Navy frigate, the MKS 180. The award drew sharp criticism from politicians representing Kiel and German Naval Yards challenged the decision.

SuperYacht Times doesn’t usually report on commercial or military shipbuilding, but we are making an exception in this case as German Naval Yards Kiel is part of the parent company Privinvest Holding  SAL, which also owns superyacht builder Nobiskrug in Rendsburg and the Lindenau shipyard in Kiel, which is primarily focused on repair and maintenance. However, Nobiskrug’s sales & marketing director Fadi Pataq has assured SuperYacht Times that the joint venture concerns only naval shipbuilding and has absolutely no links to the yachting activities at Nobiskrug.

“Germany has first-class naval yards and excellent technologies,” says Iskandar Safa, CEO of Privinvest Holding SAL. “However, our customers require partners with sufficient scale and capabilities to fulfil large-scale orders of strategic importance. Our customers can be better served if domestic players join forces. We have made an important step into the right direction today.”

"We are convinced that the consolidation of our naval shipyards has significant strategic merit and will strengthen their competitiveness in the future,” says Friedrich Lürssen, shareholder of the Lürssen  Group. “We are pursuing this step with the objective to provide a more comprehensive and efficient  offering for the supply and maintenance of high-quality naval units to the national customer.”