The company, an ISO-9001 and American Bureau of Shipping (ABS) endorsed facility, has catered to the Australasian SuperYacht industry for many years, specializing in both Curved and Flat IACS Classed Superyacht Glazing.

Located in Washington State, the ‘West Coast Superyacht hub’, Glasshape’s new project and support facility services the existing Superyacht customer base across the United States, and additionally providing support to the growing refit market. “Landed presence in the States was inevitable-actually a demand” mentioned Forrest, “the demand for our unique product has been overwhelming throughout the past 24 months”.

Centered in Seattle, the new facility is headed by Mr Ian Gracey of Torrid Marine Systems. Gracey, having many years experience in the high-end yacht and Superyacht sector was well associated with the DuraShield branding. “We were well aware of Glasshape’s ever increasing presence and demand in North America, and I desired to be part of the Most Innovative Marine Glass Company in the World”

Gracey said at Fort Lauderdale. “When the opportunity came, it was just too good to ignore” he added.

Glasshape posted increased USA sales of 37% in the 12 months ending September 2012. Such excellent results have been produced due to the wide glass range, having attained full certification to American Bureau of Shipping. 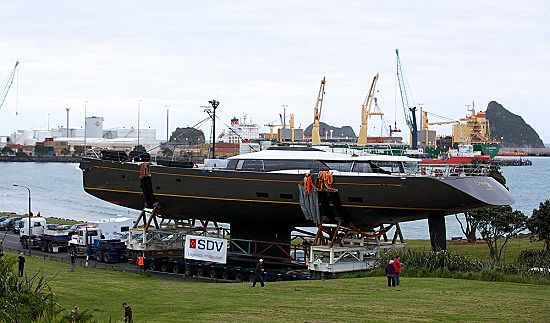 Glasshape have their DuraShield Marine Glass installed on many significant projects in the States already. Some examples of their expertise can be seen on M/Y Lady Linda, M/Y DB9 and M/Y Tsumat among others. New and innovative marine glass applications can also be viewed on S/Y Ohana, which was launched the weekend. This unique Dubois build features spectacular glass, including an all-glass interior staircase designed and built by Glasshape.