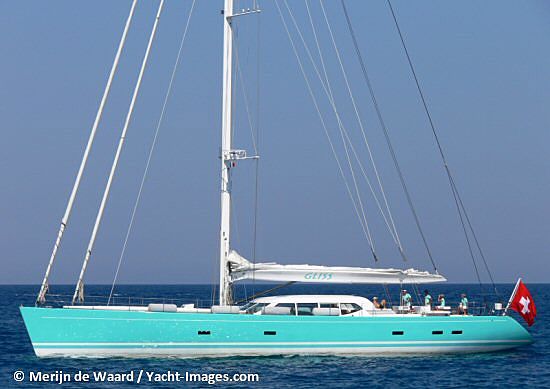 The 32m Gliss arriving in Antibes on 27 July 2007. Gliss was built by Royal Huisman in 2006 for a Swiss owner, who previously owned a Jongert. Designed by Briand Yacht Design she is a real eye-catcher with her beautiful turquoise hull. Her interior was designed by Pieter Beeldsnijder, who also worked, among others, on Athena and Hyperion with Royal Huisman. Her owners uses her privately and cruises both the Caribbean and Mediterranean.