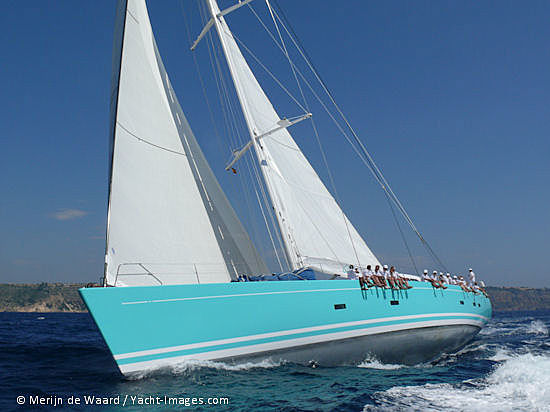 Gliss at the Superyacht Cup Palma

The 32 metre Gliss participating in the 2008 Superyacht Cup in Palma de Mallorca. Built by Royal Huisman in 2006, Gliss was designed by Briand Yacht Design with an interior by Pieter Beeldsnijder. The Swiss owned sloop has only been privately used and is now offered for sale through Ocean Independence, asking EU 14,500,000.