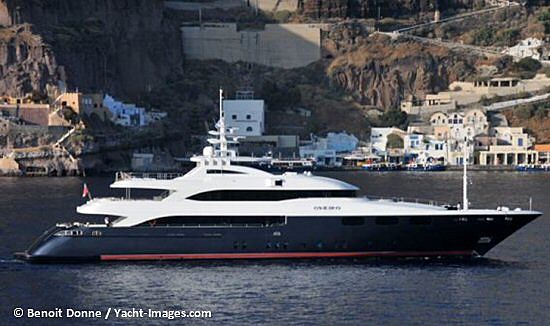 Giorgio Vafiadis designed both the interior and exterior of the 52m yacht. O’Neiro can accommodate 14 guests in an owner’s suite on the main deck, a VIP cabin on the upper deck, two VIP cabins on the lower deck and three twin cabins. 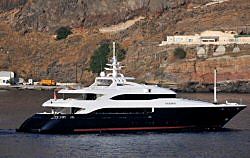 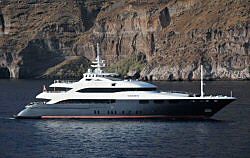 The dark grey/blue hulled yacht is available for charters in the East Mediterranean this summer.