Home > News > Graham de Zille, the man behind the Amnesia series of Superyachts

Superyacht owner Graham de Zille remains loyal to Italian custom yacht builder Benetti. He is now in the process of building his fourth motor yacht with the shipyard, which he ordered even before the third was completed. “I believe in loyalty,” saysMr de Zille, “and they have never given me cause for concern. So, we have a good working relationship.” This is an owner who is involved in every aspect of the design and build of his custom yachts, and he has been happy with Benetti’s ability to keep up with their promised production schedule. 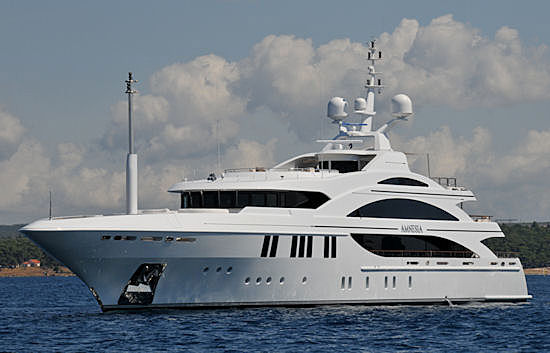 All four of Mr de Zille’s megayachts were named Amnesia. While he’s a former race car driver, he says he has always been interested in yachting. He began exploring dingy sailing and owned a 34-foot Fairline Targa for awhile. Owning a yacht of that size proved frustrating, however, and the tides around his home made it difficult to sail such a small vessel. 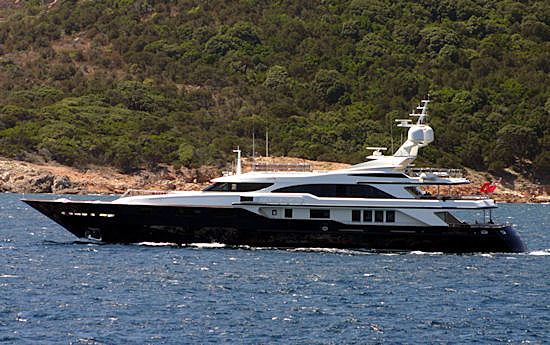 He purchased his first megayacht in 2000, which was the 50m Benetti Amnesia I (now Aquila). “I wanted a yacht large enough to carry up to 10/12 guests, stable and able to carry plenty of toys,” Mr de Zille says. “At that stage, I did not want a new yacht, as I had little or no knowledge of what was involved. I always intended for her to charter. Whilst looking at a Codecasa, the now named Ouranos Too, I was persuaded to look at Secret Love II, which was berthed next to her. Whilst initially unimpressed with the interior, I realized she had the volume, etc. that I needed,” he says.

The bidding process proved interesting. “As always, when we made an offer, there was another interested party bidding,” says Mr de Zille. “We realized that there was a spec build just under way at Benetti of the fourth in the series, so we flew down and agreed terms in approximately 30 minutes! I am not sure Dr Paolo Vitelli could quite believe it at the time, but as you see, we are still going strong,” he says. 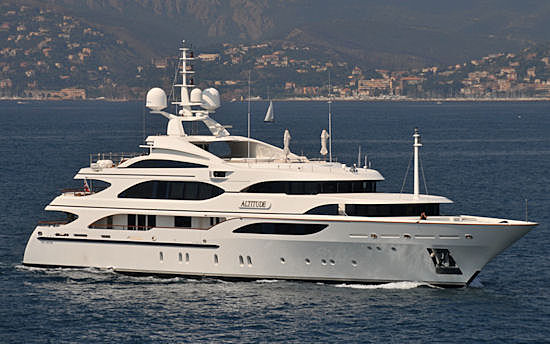 It was 2003 when Mr de Zille took delivery of his second mega yacht – the 55m Amnesia II. He sold her after only a year, however, because, he received “an offer I could not refuse,” he says. Since the recent launch of his third Benetti megayacht – the 60m Amnesia III – the vessel has cruised to the Grand Prix in Monaco, to Venice, and is now cruising the Adriatic. Then, she will return to the South of France. Currently Mr de Zille prefers the Croatian coast, however, where it is “beautiful and quiet,” and his absolute favorite yachting area is the British Virgin Islands. He says he enjoys many waterborne activities from water skiing and jet skiing to canoeing and diving. 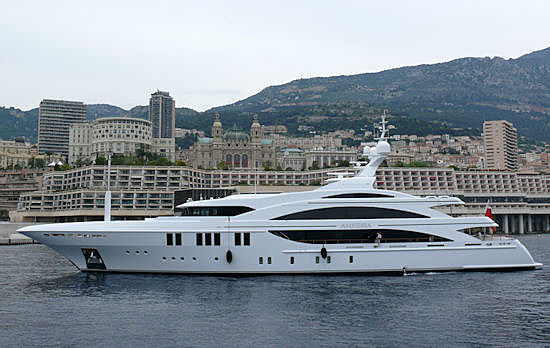 While Mr de Zille relishes the personal use of his yachts, all of his vessels have been available for charter. “I believe charter yachts tend to have the best crews, and that is mainly why I like to charter,” he says. “They are much more on the ball than private yacht crews. I also think we have our own way of looking after our guests and enjoy sharing our yacht with others. I work around the charters but usually spend 6/7 weeks a year aboard.” 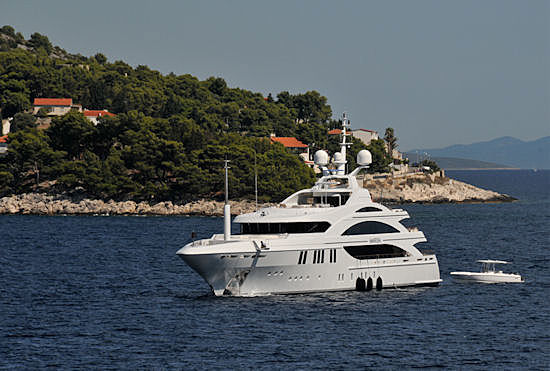 With each new yacht, Mr de Zille and Benetti try to push the design elements forward. The Amnesia III features two 1600-hp Caterpillar 3512B diesel engines which allow for a cruise speed of 15 knots. Redman Whiteley Dixon (RWD) created the interior. “They are one of the most talented and, I believe, underrated design houses out there,” Mr de Zille says. “A lot of the work is for very private clients and never gets seen. Justin Redman is the most talented yacht designer I have ever met, and Toby Ecuyer, who does the bulk of the design work with his team, is so easy to work with and with such great results.” The Amnesia III includes two salons, a massage room, an owner’s suite with his and hers bathrooms and dressing rooms, and five guest suites that are separate from the crew’s quarters. 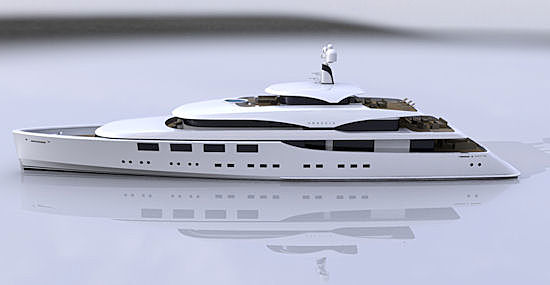 The interior and exterior of the 65m Amnesia IV will also be designed by RWD. “Whilst following certain conventions,” says Mr de Zille, “she is very exciting both inside and out and challenging for us all.” Will there be an Amnesia V, VI, and beyond? “Whilst there are never any guarantees in life,” he says, “I am sure there will be more. We are playing around with some ideas based on 70/80 meters at present.”

Amnesia III will be at the Monaco Yacht Show next week. Contact Benetti (www.benettiyachts.it) or Camper & Nicholsons International (www.cnconnect.com) to view the yacht.