Southern Wind has launched the second SW82’ in Cape Town on Sunday 19th January 2014. The yacht was christened in the commercial harbour by the wife of the owner on a beautiful summer day. The ceremony was attended by the family of the owner, management and personnel of the shipyard and a selected number of guests. 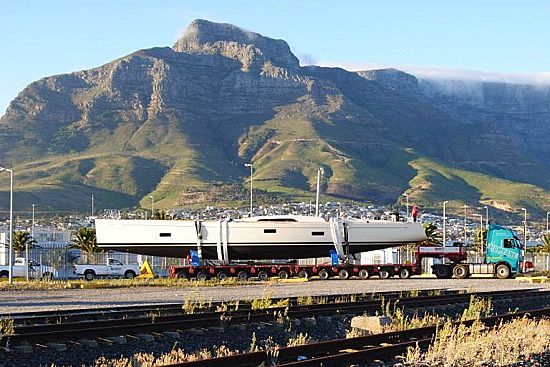 The yacht, Grande Orazio follows just six months after the launch of the first SW82, Feelin’ Good and confirms the success of this mini-series designed by the team of Farr Yacht Design (naval architecture, sail plan and appendages) and Nauta Design (general concept, deck and interior design) which has been successfully working with Southern Wind Shipyards for many years.