Gulf Craft Inc has launched the fifth hull in the Majesty 121 superyacht series from its UAE shipyard. The Majesty 121 measures 37 metres, and is powered by twin MTU engines. 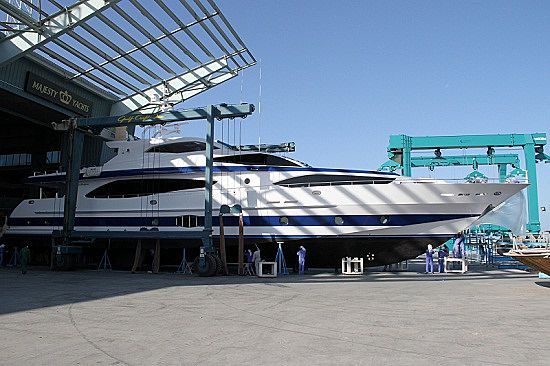 “The Majesty 121 has been designed to set a new standard for superyacht construction and has followed in the steps of its predecessor, the Majesty 118, which has been delivered over the years to customers in the superyacht havens of the French Riviera and Fort Lauderdale in the U.S,” said Erwin Bamps, COO of Gulf Craft Inc.