Gulf Craft has launched its new triple deck Majesty 125. After successful completion of sea trials and commissioning, the new model will make its global debut at the Cannes International Boat and Yacht Show (Berth YE114) in September before heading to the Monaco Yacht Show (Berth T43, T Central Dock) and the Genoa Boat Show. 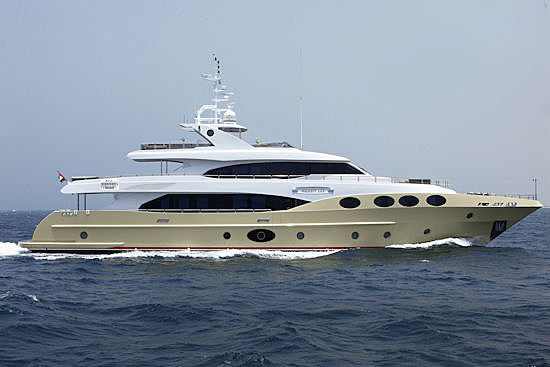 The Majesty 125 will be on display at the following upcoming boat shows:

Building on the successful launch of the first hull, Gulf Craft has started production on the second Majesty 125, to be launched in 2011.