Gulf Craft announced that Erwin Bamps, COO of Gulf Craft, opened the Middle East Superyacht Briefing on 24 March 2011 as the first speaker at the industry seminar. Furthermore, in the Middle East this March, Gulf Craft have reported highly successful shows at the Dubai International Boat Show and the Abu Dhabi Yacht Show, where once again their stand was the centre of activity and attraction and the successful launches of the new concept Gulf 95 Exp and the Majesty 70 took place. 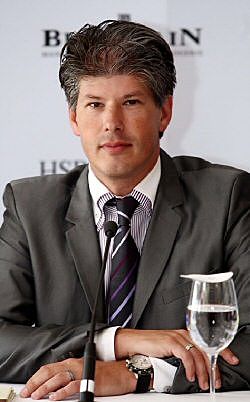 At the Middle East Superyacht Briefing, Erwin Bamp’s address titled ‘Superyachting Redefined – an Industry Perspective from the Gulf’, reviewed the status of the superyacht market worldwide, noting today’s 25% reduction in total number of units on order as compared to the peak of the market in 2009 when the global order book counted nearly 1000 superyachts. However, he also indicated the resilience of the global order book in the segment of yachts over 100ft in overall length, highlighting the outstanding 34% increase posted in the 2011 global order book for yachts over 150ft as compared to pre-recession 2007.

He went on pointing out the positive shift in customer confidence believing the bottom of the large yacht market has already been passed. New tastes and new markets have emerged and have motivated yacht builders to review the products and services being offered to their customers, which Bamps highlighted with the example of the entirely new yachting concept of Gulf Craft’s Gulf 95 Exp, which has been on display at Dubai Boat Show and the Abu Dhabi Yacht Show. The Gulf 95 Exp meets a customer looking for long range cruising capability, large group entertainment and comfortable on-board luxury living.

Bamps noted the situation in the Middle-East with still only a limited number of superyachts present in the Gulf and the Red Sea, but featuring continued superyacht berthing, infrastructure development and destination building, as well as a fast growing affluent customer base in the region, offering a larger potential than ever for a promising superyacht future with Abu Dhabi as its regional hub. With political turmoil and Indian Ocean piracy forming present-day concerns for visiting yacht owners, the main focus of the industry lies today with the development of the regulatory framework to streamline local cruising permits and simplify yacht operation and exploitation in the entire Gulf area. With multiple government initiatives on the way to assist in regulating and supporting the yachting industry, the region has the potential to develop into the third major yachting destination worldwide after the Mediterranean and the Caribbean.

The speech was summarized by elaborating on the exciting vision of an imminent connection between yachting destinations in the Middle-East, Indian Subcontinent and South-East Asia, offering yacht owners the most beautiful and varied yachting grounds worldwide, a vision being shared by the Informa Group who organise the Abu Dhabi Yacht Show and the Singapore Yacht Show.

Following the success of the Middle East boat shows, in the coming months Gulf Craft move in to Asia with a presence planned at the Singapore Yacht Show, April 8 - 10.