It is no secret that Nick Edmiston is a fan of classic yachts. He has played a central role in the sale and refit of several notable vintage motor yachts over the past 20 years, including Blue Bird (1938), Nahlin (1930), Malahne (1937), and now 71-metre Haida 1929. Built by Krupp Germaniawerft for the millionaire yeast magnate Max Fleischmann, the yacht has sailed under a number of high-profile owners since her launch nearly 90 years ago. Earlier this year, she was delivered to her latest owner following an extensive 18-month restoration at the Pendennis shipyard in Falmouth, UK. SuperYacht Times talked with Nick Edmiston and broker Alex Busher, who acted as liaison between Edmiston and the new owner, about the challenges associated with restoring and managing classic yachts. We began by asking how Haida came to change hands in 2016. 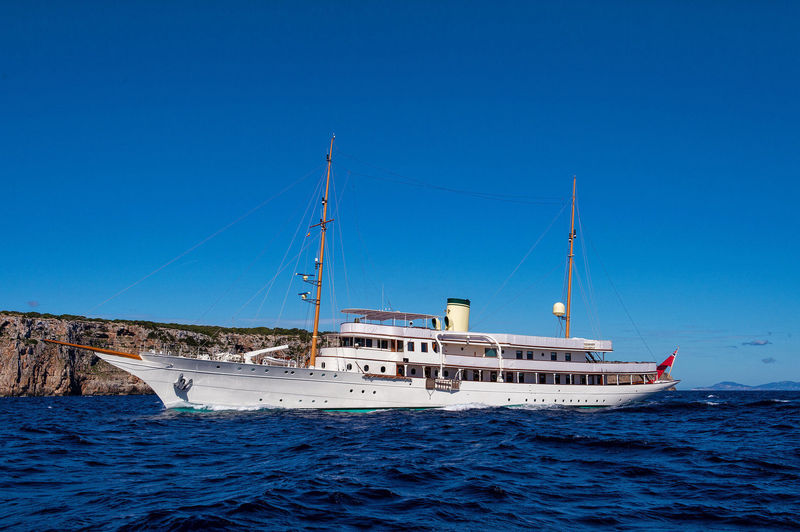 Photo: EdmistonNick: I’d known the yacht for years, ever since she was called Sarina and owned by Loel Guinness, who spared no expense to make sure she remained in excellent shape. The last owner had been hanging onto her with the thought of taking a long cruise, but that never happened. After several years when she was effectively mothballed, he decided to sell her and we brokered the deal with the new owner. Like all restorations, the worklist grew as the project progressed, but he was determined to bring her back into top condition with a view to chartering and taking her around the world.

Alex: The restoration was really needed. She’d undergone a previous refit in Turkey in 2000, which hadn’t addressed some of the major issues. After a survey of the hull, we very quickly realised the underwater profile would have to be stripped down to the frames for the first time in almost 90 years. The fact she was still intact is a testament to Germany’s shipbuilding prowess, but we ended up replacing the tanks and 60 percent of the hull, using over 100 tons of marine-grade steel in the process. At one point there were 70 welders working on her: when the old funnel was removed and engine room gutted, you could look down through the decks and see the bottom of the dry dock. 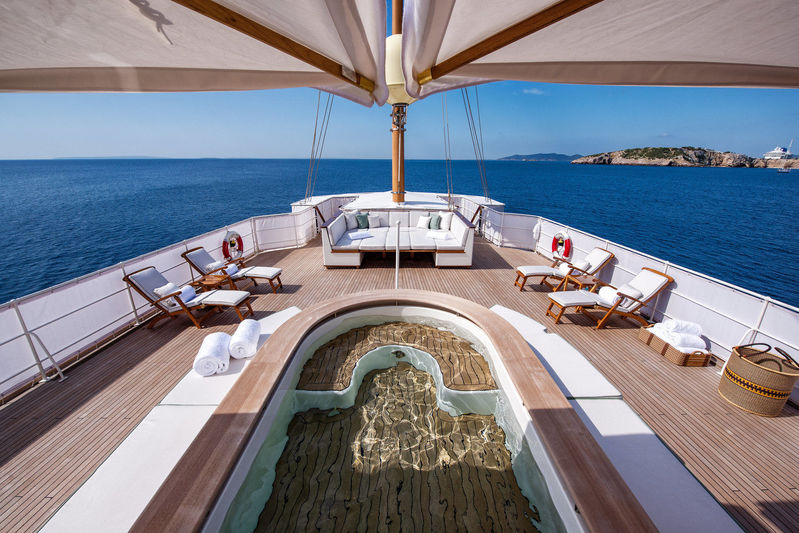 Photo: EdmistonWhy the decision to go to Pendennis for the refit?

Alex: Several reasons. Besides having a slot available, Pendennis has experience of refitting other classic motor yachts, including Malahne and Fair Lady. They had also completed a short refit of the yacht in 2011 when she was called Dona Amélia, so had a lot of prior knowledge. Brexit had just kicked off and sterling had taken a hit, so the exchange rate was a consideration. Another factor was that the yard is very discreet and a bit off-radar down in Falmouth, which suited the owner who wished to maintain his privacy.

Considering the high cost of restoration and maintenance, what kind of owner decides to invest in a classic yacht?

Nick:  Someone who knows how to appreciate tradition and elegance; someone who leads a very stylish lifestyle and has a passion for maintaining an asset of historical significance. That’s not everyone by any means. And once they’ve spent the money, they’re not going to recover it immediately, if at all. In the long-term, the paint job might be a bit cheaper as you don’t have a high-gloss metallic finish, but they require constant attention and tend to have big crews, so that’s an added cost. There’s definitely more work involved and you have to have a loyal crew prepared to roll up their sleeves and get the job done.

Photo: EdmistonAlex: With classic yachts, it’s all about their history: the stories behind the owners and the places they’ve been to. We tend to think of explorers as a new trend, but Haida was originally built for Fleischmann with an 8,000-mile range for exploring the Pacific and was named after the native Haida people of Alaska and British Columbia. The current owner had been following her for the last 15 years or so, and it was either this yacht or none at all. He wanted character and soul, not a replica or a new build. It’s a bit like living in a stately home rather than a brand new hotel, which is why he wanted to keep the original Krupp engines, the beating heart of the vessel and the oldest working diesels on any yacht today. They have no gearbox, so to reverse they have to be stopped and restarted using the old telegraphs still linking the bridge to the engine room. Stripping and rebuilding them with custom-made parts was a huge job in itself.

How did you decide on Adam Lay for the new interior design?

Alex: The owner had very clear ideas of what he wanted and had spent a lot of time researching online and in magazines. He put together four large mood books of his own and toured antique fairs all over Europe for period accessories, which is still ongoing. But we needed someone to fine-tune his ideas and bring it all together to produce a traditional décor with a nod to contemporary lifestyles. Adam had been involved in the refit of the J-Class Endeavour and is a very good listener. The owner liked his low-key style and attention to detail, but what swung it was when Adam started sketching in front of him. He was very impressed with his draughtsmanship skills. 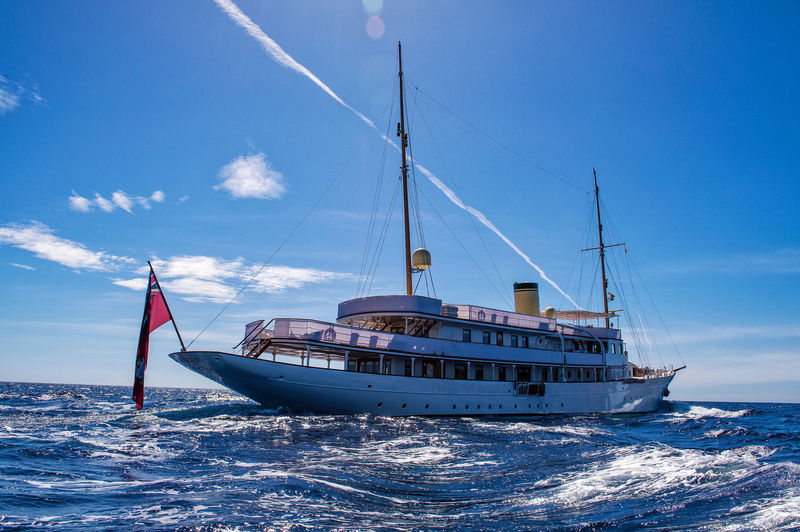 Photo: EdmistonWhat concessions were made to modernity during the refit?

Alex: Although the owner wanted a sympathetic restoration, he was aware of modern charter requirements. So a hot tub was added on the top deck and a hammam spa on the lower deck, the galley was upgraded, new AC installed, along with new custom tenders [restored to their original position amidships] and new cranes for launching them. Haida 1929 is the only classic motor yacht of her size available for charter with accommodation for 12 guests and a private owner’s deck. The other classics like Nahlin, Talitha G and Shemara are all private. Malahne is available for charter, but she’s a lot smaller.

What other classic yachts are out there waiting to be saved?

Nick: There are a couple left worth getting hold of, but I’m not going to tell you which they are in case someone else gets to them first! There was a sister ship to Shemara that went to Japan, and another lovely old motor yacht that once belonged to the Courtauld textile family that went to Sierra Leone as a presidential yacht. Sadly the former was broken up and the latter sank before my people could get to them. Nahlin and Malahne probably wouldn’t be around today if I hadn’t stepped in. The challenge is finding the right owner in time and then a yard with the wherewithal to restore them, which is not cheap by any means. Ultimately, you have to have a passion for it.

The J-Class Endeavour and Royal Huisman