All photos by SuperYachtTimes.com / YachtsXL.com

The third edition of the annual Hainan Rendez-Vous took place on April 5th to 8th and drew more high net worth visitors, more yachts, and more ultra-lifestyle brands to the shores of tropical Sanya City than did the two previous editions of the show. The four-day event generated billions of RMB in business, and is receiving strongly positive reviews from sponsors, exhibitors and visitors alike. The 2012 Hainan Rendez-Vous took place April 5th to 8th and was the biggest edition so far of the yearly show that attracts thousands of China's financial elites to the Riviera-like shores of Sanya. 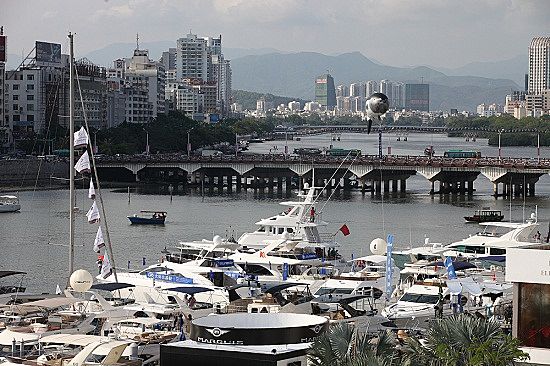 Electronic ticket scanners counted 21,422 visitors entering the main fairgrounds where the event's yacht show and ultra-lifestyle exhibition were held, of whom over 53% were specially invited VIPs. Some 967 holders of the show's ultra-exclusive VVIP passes attended the invitation-only business jet static display. 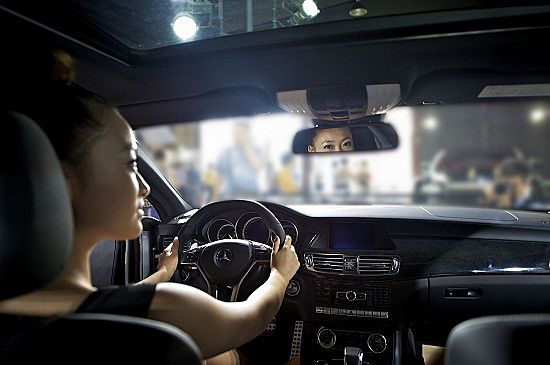 The elite crowd was matched on the exhibitor side by the world's eight leading makers of business jets, dozens of leading names in the global luxury yacht industry, and ultra-upscale brands of real estate, supercars, haute joaillerie, watches and numerous other product categories.

Based on reports received so far, organisers are confident that this year's edition generated transactions of several billion RMB. 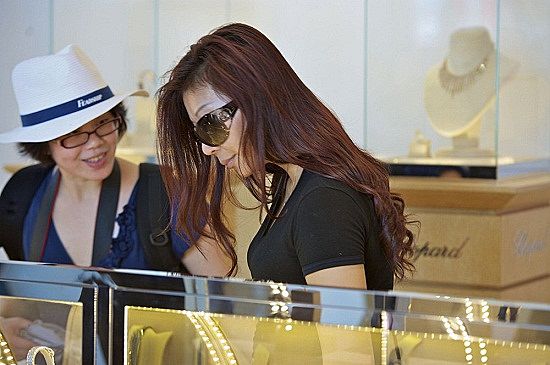 At least twenty five yachts were sold on-site by show’s end, and that number will rise significantly as buyers and sellers continue negotiations in coming weeks. 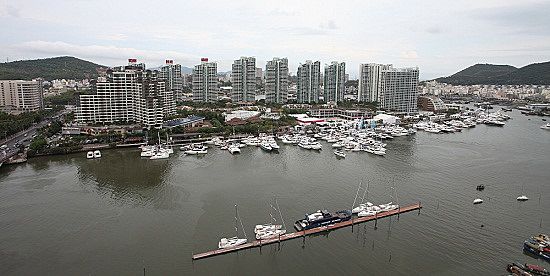 Among aviation exhibitors reporting good news, Dassault Falcon sold one 7x during the show and said it was scheduling post-event demo flights for other potential buyers. Gulfstream likewise reported communicating with several serious potential buyers at the show and on the VVIP flights to/from the Sanya. Negotiations on several business jets initiated at the show will likely be finalised in the coming weeks. 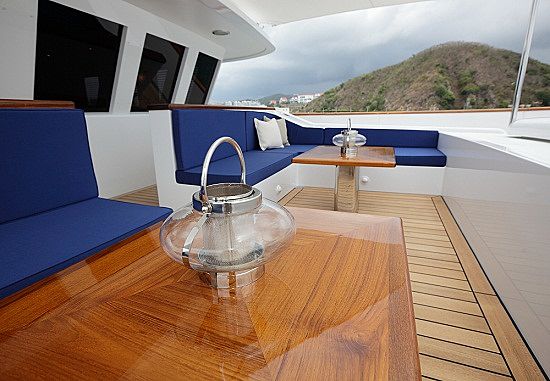 Given the abundance of networking opportunities that Hainan Rendez-Vous creates through its gala dinners, parties and other social activities, as well as the media exposure the show brings, sponsors and exhibitors will enjoy continuous positive impact for months to come.

With 208 exhibiting companies, the Hainan Rendez-Vous brought an even richer world of ultra-lifestyle experiences to its visitors this year.

Participating business jet makers used 34 flights provide private experience to and from Sanya for their most valued prospective customers, with thirteen of the planes later placed on static display. 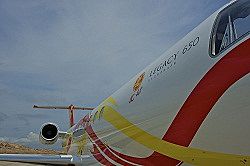 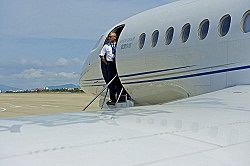 A fleet of some 130 boats was about 30% larger than that of last year's edition, which was Asia's largest yacht show for 2011. Not only were there more boats, but the ships themselves were larger overall. 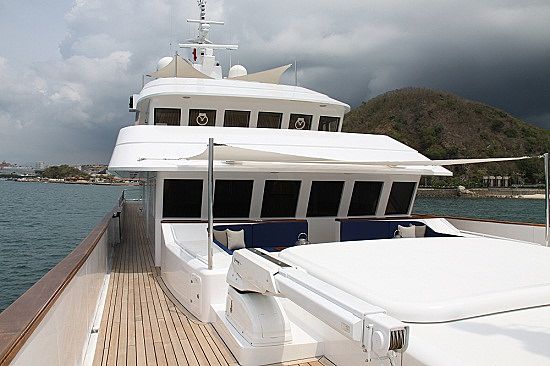 Vessels over 30 metres included the 49 metre Lohengrin from US-based Trinity shipyard, Feadship's new 44 metre Helix, the 50 metre Northern Sun which was berthed by the Mandarin Oriental Hotel, the 42 metre Star brought by YPI, the 33.5 metre Lady Gaga and 36.5 metre Muses from Horizon Yachts, and the 38.5 metre Onyx by Sanlorenzo. 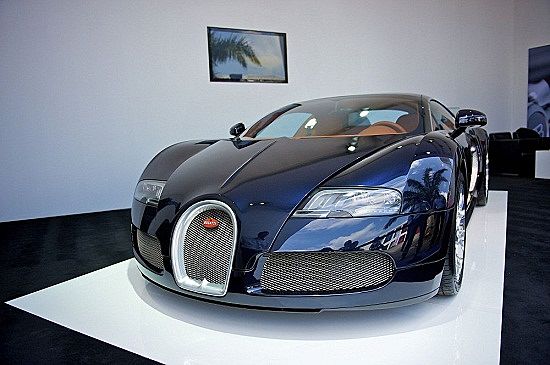 The Bugatti Veyron, the vehicle that has claimed the title of world's fastest car, was among the big draws in the automotive section, along with the latest exciting models from BMW, Bentley, Rolls Royce and AMG. 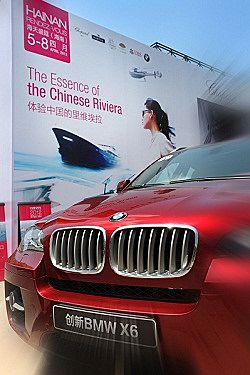 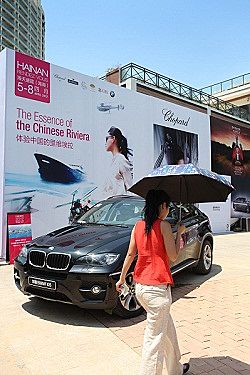 The French government’s agency for international business development brought over a dozen of the nation's renowned luxury maisons, including makers of customised catamarans, renowned foundries producing handcrafted metalwork, and providers of ultra-exclusive tourism experiences that were especially well received by Chinese visitors.

As a gathering of thousands of China’s financial and social elites, Hainan Rendez-Vous is a highly anticipated event for its guests, who use the opportunity to network with peers from across the country at various parties, wine tastings, dinners and other happenings. 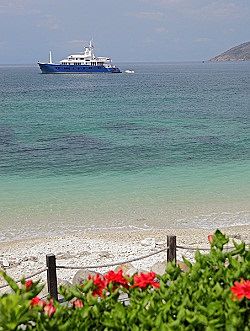 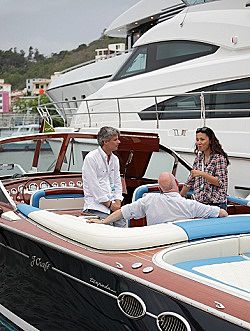 The 2012 Hainan Rendez-Vous included three gala dinners hosted respectively by Pernod Ricard, the show organiser and Chopard. Each dinner treated hundreds of guests to an unforgettable evening of sumptuous dining and lively entertainment. Evenings saw the piers of the yacht show aglow with light from the boats and the warmth of laughter, conversation and music.

Pernod Ricard had built a two-story VIP lounge by the water that served as venue for celebrations of the wine and spirits maker’s Elite Club members and other Hainan Rendez-Vous VIP guests. 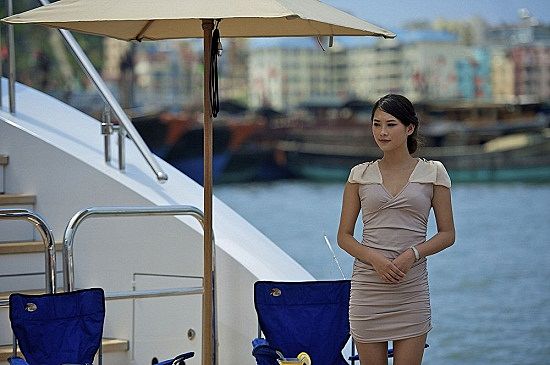 Another centre of social interaction at this year's Hainan Rendez-Vous was the ART IN HAINAN art exhibit inside the Visun Royal Yacht Hotel. Organised by artist and gallery owner Magda Danysz, this year's exhibit featured works by eight internationally famous artists, including Maleonn, Claudio Colucci, the Leroy brothers, Liu Dao, Ying Yefu and Tian He. Three conferences on Art in Luxury, Corporate Sponsorship in the Arts, and The Art of Collecting were well received by some 250 guests and generated considerable discussion. 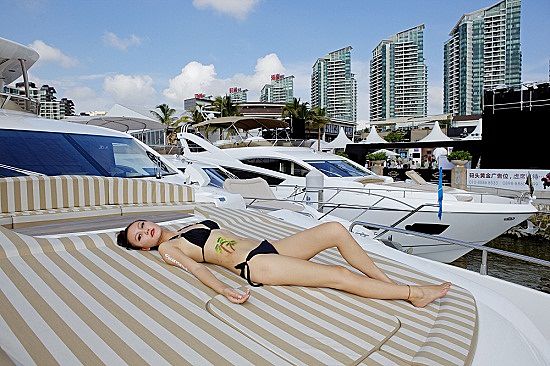 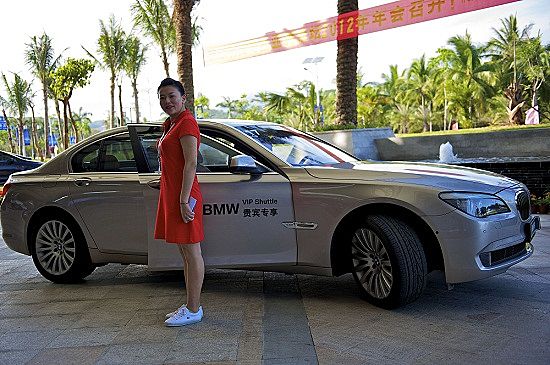 "This is the third year Dassault Falcon has participated in the Hainan Rendez-Vous and we were not disappointed," said Jean Rosanvallon, president and CEO, Dassault Falcon Jet. "The number of attendees this year was impressive but the real measure for us is the quality of people we get to see during the many events." 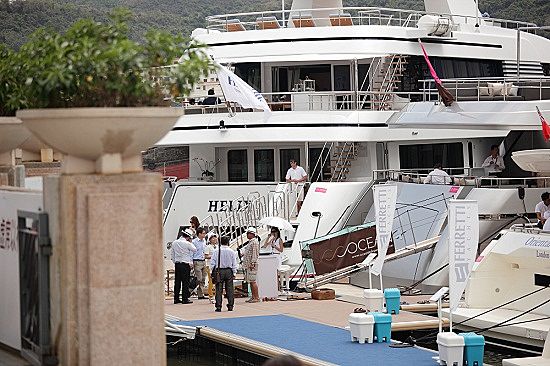 Mike Simpson of Simpson Marine indicated that his firm met clients and also sold two luxury yachts at the show. He said that Hainan Rendez-Vous remains "the best boat show in Asia".

Bombardier released the following statement: "Hainan Rendezvous is a key event in the growth of business aviation in China and it is a great occasion to meet our existing customers and new ones." 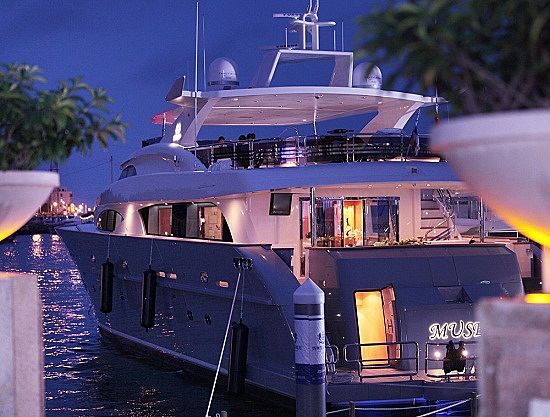 Marquis Yachts celebrated the opening of its new joint venture in China at Hainan Rendez-Vous, and Irwin Jacobs, president of the firm that owns Marquis, said his team sold eight boats at the show and would likely close on another five units in the coming days. Marquis hosted a party on the docks that drew about 200 people, just about all of whom were potential customers, Jacobs said.

“We are enthusiastic about the results achieved during Hainan Rendez-Vous 2012," said Giuseppe Zecchin, Asia Pacific area manager for Ferretti Group. "HRV has become the most important event in Asia. We have already started to plan our presence for next year's edition." 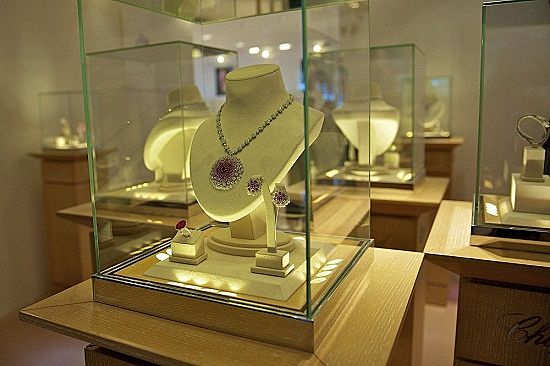 “Chopard has been the Official Partner of the Hainan Rendez-Vous since the beginning in 2010. On the occasion of its 3rd edition, Chopard exposed some of its latest High Jewelley creations as well as a preview of the Red Carpet collection. I was delighted by my trip to China. The Hainan Rendez-Vous is a very prestigious event assembling top luxury products from different categories. I look forward to coming back next year!” said Mrs. Caroline Scheufele, Co-President of Chopard. 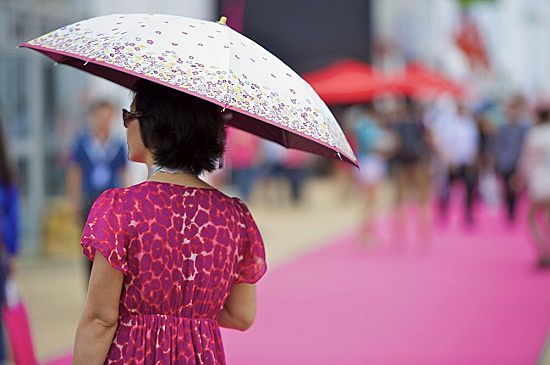 Delphine Lignieres, founder of the Hainan Rendez-Vous and CEO of the firm that organises the show, said, “I would like to thank our sponsors Chopard, Pernod Ricard, UBS, BMW and Mandarin Oriental Hotel, Sanya as well as all the exhibitors and partners, for making this 2012 edition an outstanding success...............”