Dutch shipyard Hakvoort has announced that they have delivered their largest project to date to her American owners, the 61 metre Just J’s. Constructed with a steel hull and aluminium superstructure, she has been designed by Sinot Exclusive Yacht Design, with naval architecture by Diana Yacht Design. 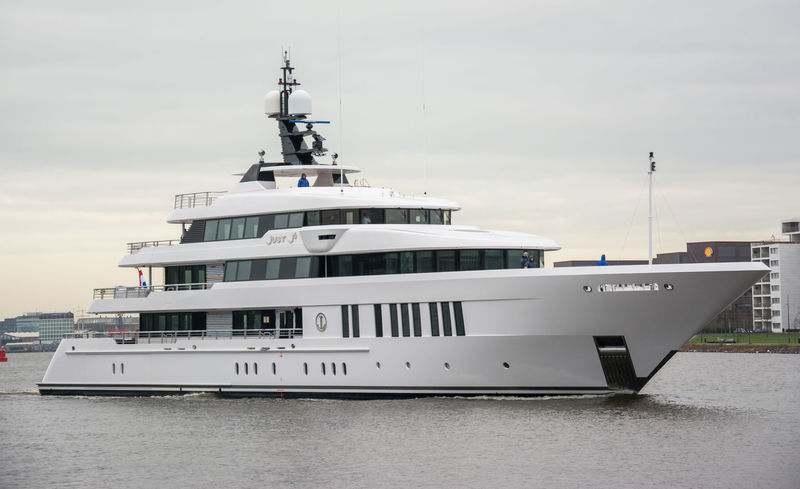 Spread over five carefully planned out decks, her overall theme is described as contemporary with a traditional nautical edge, particularly in reference to her panelling, trimming and woodwork. Hakvoort state, “This combination of modern and classic was important to the owners, who wished to combine the feel of being on a yacht with the informal atmosphere of a beach residence.” 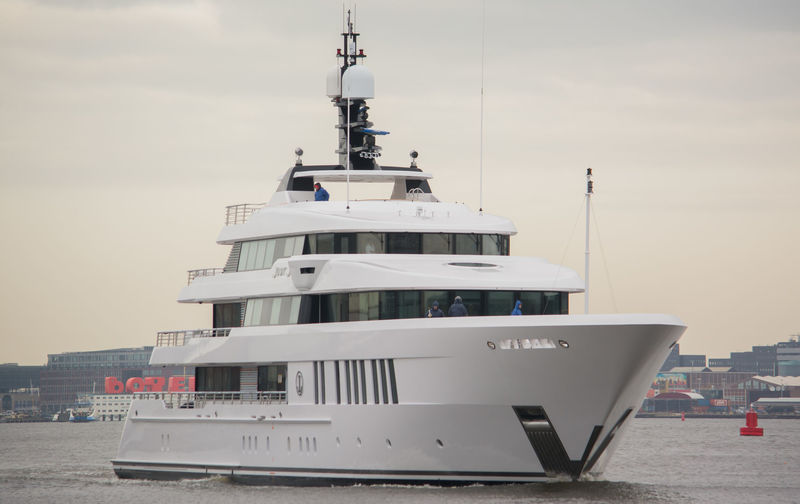 Though of course, she features an overall theme and colour palette that interconnects all guest spaces on board, one of the most interesting aspects of her interior design comes in the fact that each of her five decks displays a completely different theme. Her most striking exterior characteristics come from her expansive windows, especially in the guest cabins on the main deck. 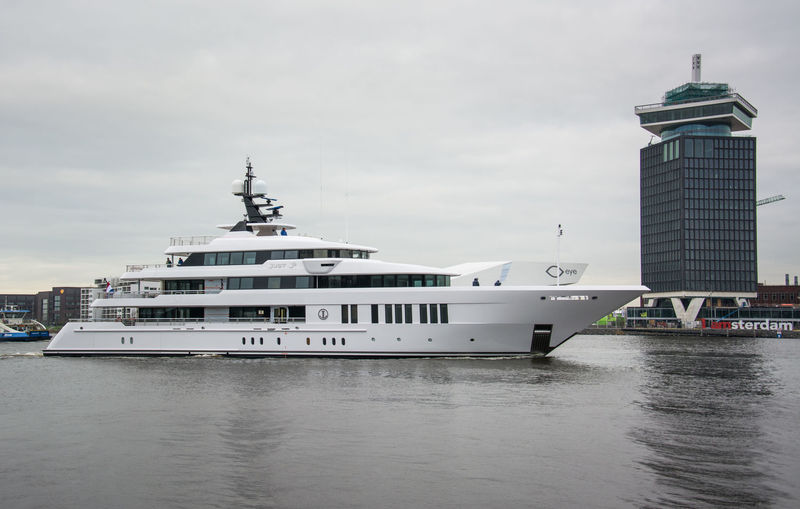 Photo: Tom van Oossanen / SuperYacht TimesShe accommodates up to 16 in total, with four of the double guest cabins - including an opulent VIP suite - located on the main deck and boasting spectacular views and an abundance of natural light. Two additional guest cabins are located on the lower deck, whilst the owner is accommodated in the full beam master suite on the private owner’s deck. The owner’s suite features a unique glass dome directly above, the bed, undoubtedly one of the highlights of this area. A crew of 16 plus the captain are also accommodated for on board. 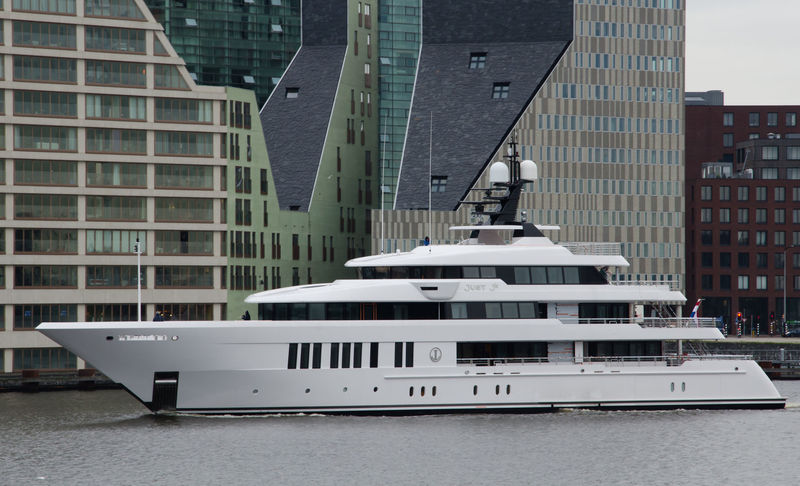 Making life on board as relaxed and easy as possible, she features a central lift which links all the decks which was fitted through a technologically advanced solution that involved lifting part of the roof of the yard and lowering the entire length of the elevator down into the vessel’s shaft.

Moving on to her exterior areas, the aft deck features a large circular dining table, bar and BBQ. Her bridge deck features an additional dining area perfect for al fresco dining, as well as plenty of sun loungers and comfortable seating. The sundeck features a 3 x 2-metre pool forward with a contraflow system, decorated in mosaics of a Caribbean style. 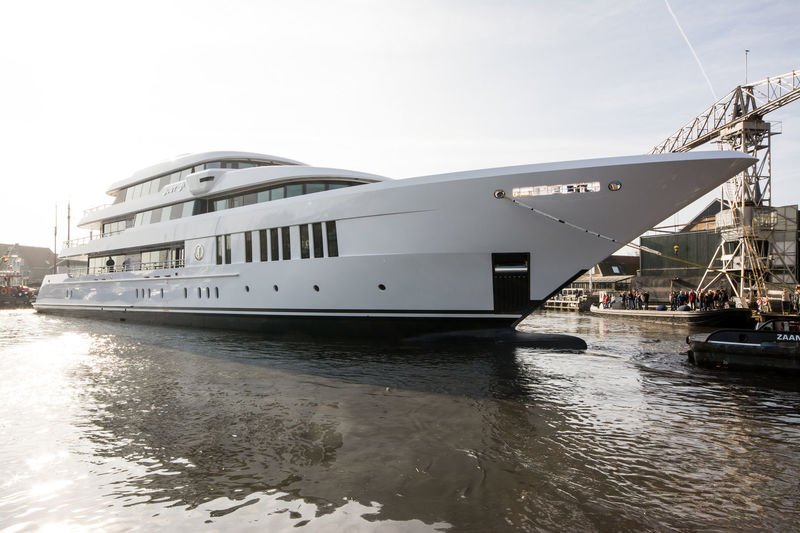 Amongst her other amenities on board is a well-equipped gym, a cinema room on the bridge deck, as well as a tender and four jetskis which are launched from large gullwing doors on either side. 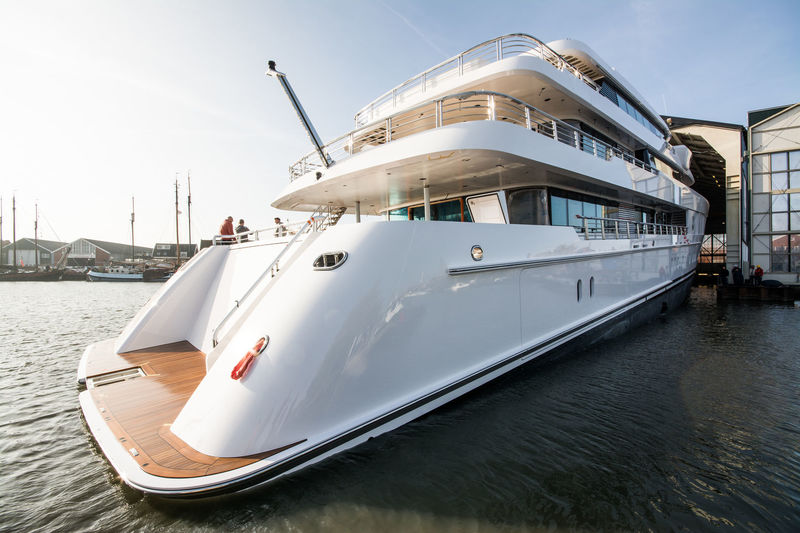 The previous largest superyacht delivered by Hakvoort was completed over 20 years ago, the 50 metre Lady M II in 1994. The substantial leap in size by 11 metres comes as a direct result of the expansion of Hakvoort’s main shed in Monnickendam to 65 metres in 2012, with the yard stating that the next yacht scheduled to be launched at their facilities will also see an increase in size, taking the title from Just J’s upon completion.