Last week I was invited by Hakvoort Shipyard in Holland, for a tour of the yard and of the projects currently under construction, the YN245 and the YN243. This year, the shipyard is celebrating ninety years of continuous ownership by the same family. Purchased by the Hakvoort family on 28 April 1919, the original yard had been building fishing vessels since the 1700s. Under the guidance of four generations of Hakvoorts, it expanded rapidly and grew into one of the world’s leading builders of luxury superyachts.

Albert Hakvoort Sr. started to work on the yard workfloor in 1954. Over the past 55 years he has witnessed the launch of an amazing array of yachts and the popular aluminium Striker sportfishermen opened up the American market. Today Hakvoort builds luxury displacement motor and sailing yachts up to 50 metres and also specialises in major refits.

Albert Hakvoort sr. took over the helm of the yard in 1981, where he was joined by his sons Klaas and Albert Jr. in the early 1990s. They became joint shareholders of the yard in 2007, securing the future of Hakvoort Shipyard and its renowned quality. As the Hakvoort reputation has grown worldwide, so too have the aesthetic and technical qualities of the yard’s yachts. This has been the result of spirited teamwork with clients, designers and naval architects, and close cooperation with classification societies and the MCA in meeting or exceeding structural and safety requirements. 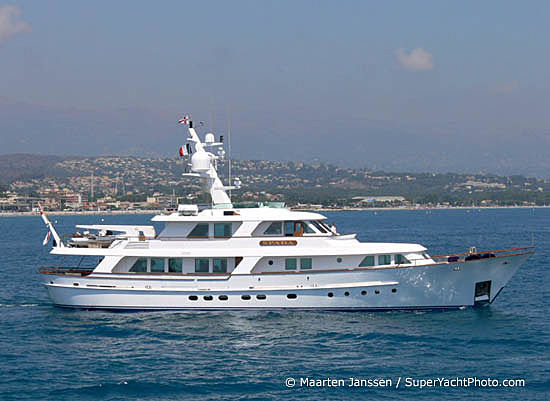 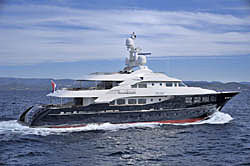 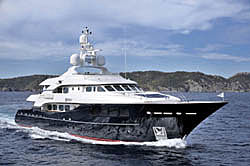 The 45-metre motoryacht My Trust, delivered in 2008, was recently nominated as a finalist for the World Superyachts Award in the ‘best displacement motoryacht below 500 GT’ category.

The Hakvoort yard expanded its facilities in 2008, raising the roof of the construction hall by 1.8 metres to accommodate a yacht that will make the most of her 48.77 metres in terms of interior comfort and sailing performance. With a wealth of open areas and panoramic views, plus a glass lift connecting all four decks, YN 243 will be as ingenious as she is beautiful. 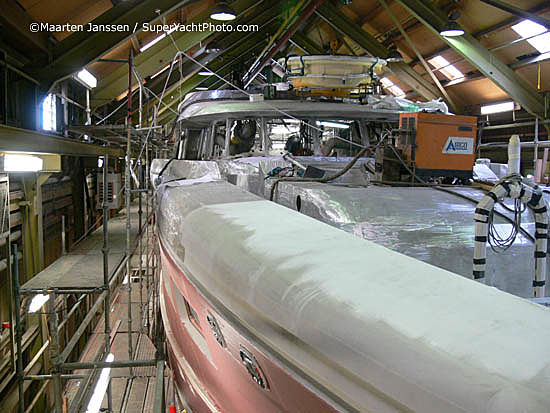