The new 63.7-metre explorer superyacht Scout departed the Netherlands this week for the first time as she set course for American waters on her maiden voyage. The vessel is the largest ever built by the Hakvoort Shipyard following the yard’s 2016 delivery of Just J’s. 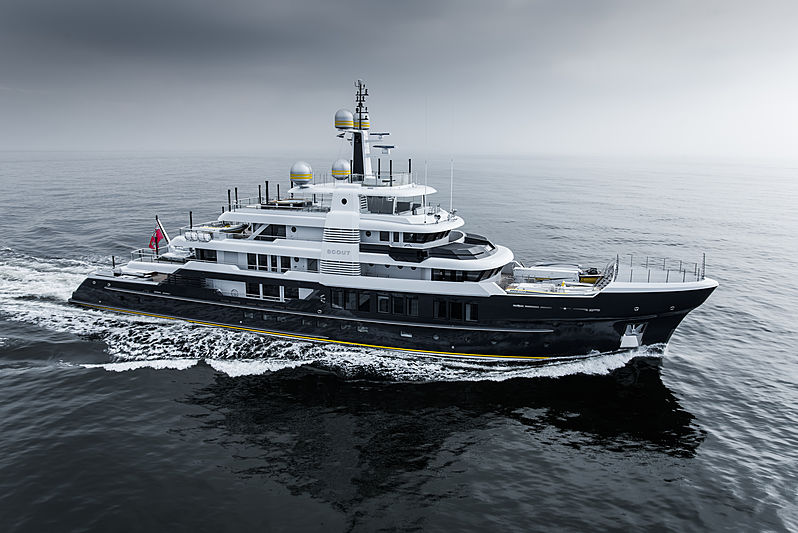 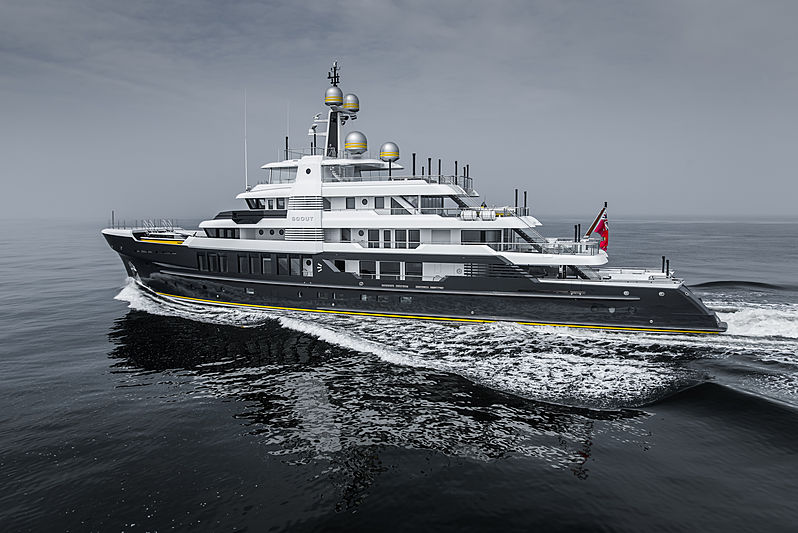 Built for an experienced owner, Scout brought together H2 Yacht Design from the UK and Dutch design office Diana Yacht Design who worked on the project as designers and naval architects respectively. Scout’s distinctive utilitarian exterior was the vision of her owner who was after a ‘vintage maritime aesthetic’ according to Hakvoort. H2 Yacht Design Founder, Jonny Horsefield, explains: “The client was closely involved throughout the whole process and had a very clear idea of what aesthetic he was looking for both inside and out. [He] challenged all of us at the studio and the yard to think outside of the box, and the result is one of the most interesting projects of my career.” 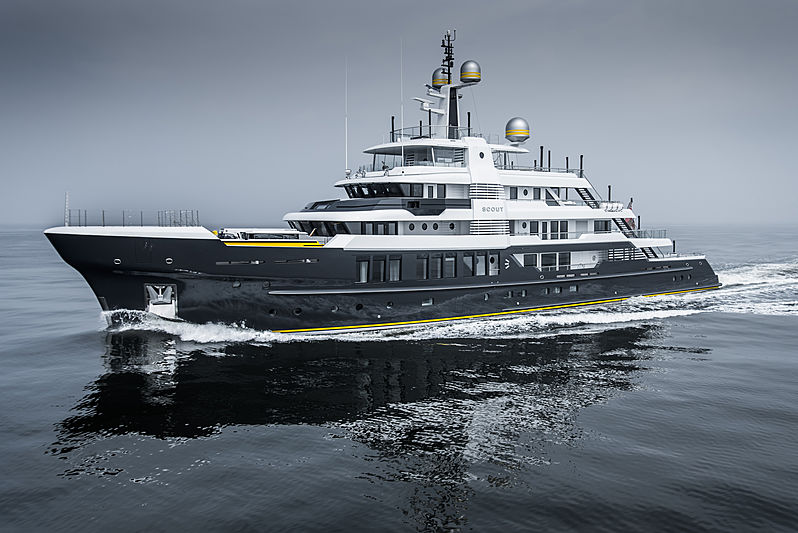 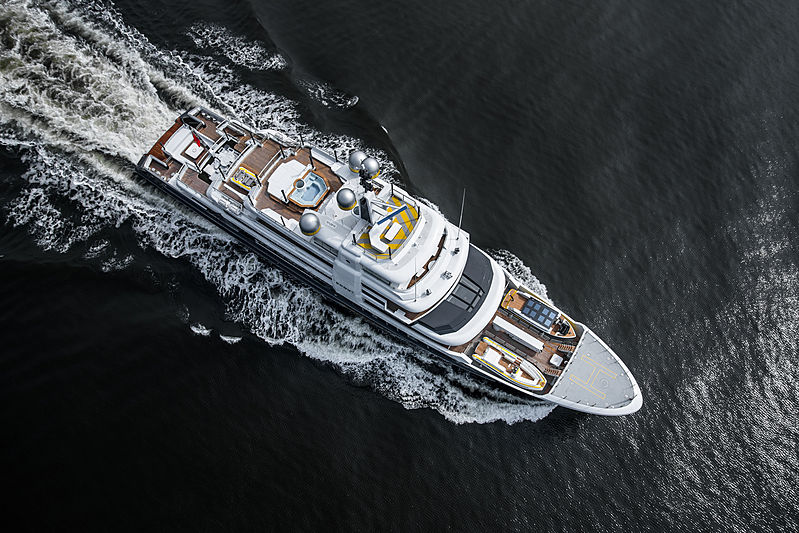 Her durable exterior look is also backed up with real oceangoing features such as the twin Caterpillar 3512C marine diesel engines that can cover 4,800 nm without having to refuel. An Ice-Classed hull will give Scout’s owner and crew the confidence to take her where most yachts simply won’t dare to go. 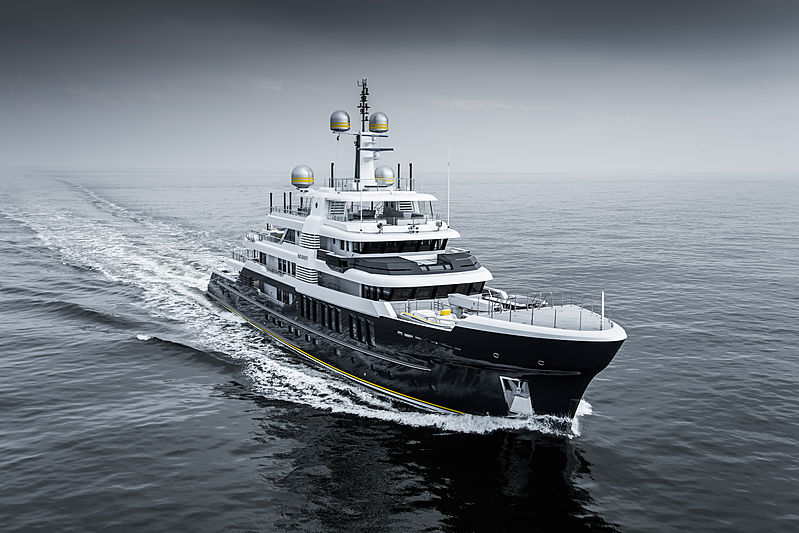 A high freeboard acts as a barrier between the elements and Scout’s exposed tenders that are stowed on the bow. A helicopter landing pad right on the foredeck adds to the yacht’s expedition capabilities and will be just as useful for quick airport transfers on the Riviera or in the Bahamas. 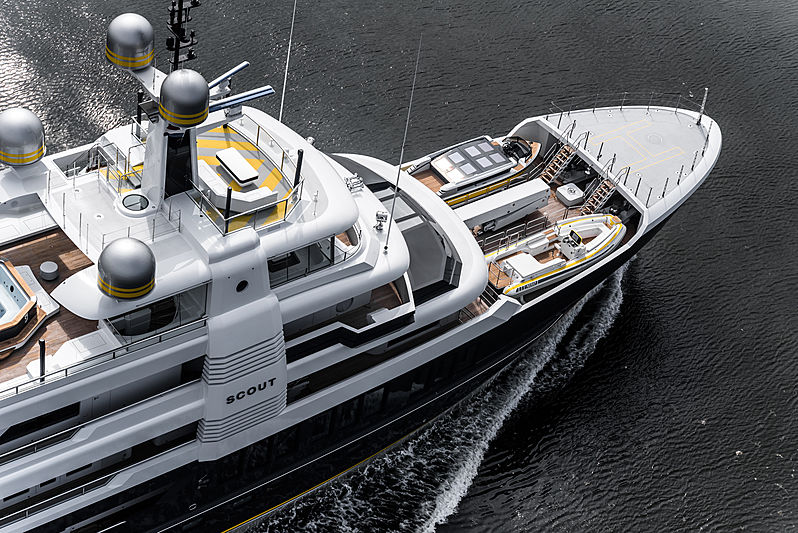 With details yet to be revealed about Scout’s interior, Horsefield continues with some insight to this part of the project. “The overall interior aesthetic can best be described as Jules Verne meets Ian Fleming meets Fritz Lang. We were inspired by the  underwater world, sea creatures, and this industrial, nautical design philosophy - with a hint of a Bond villain’s lair.” 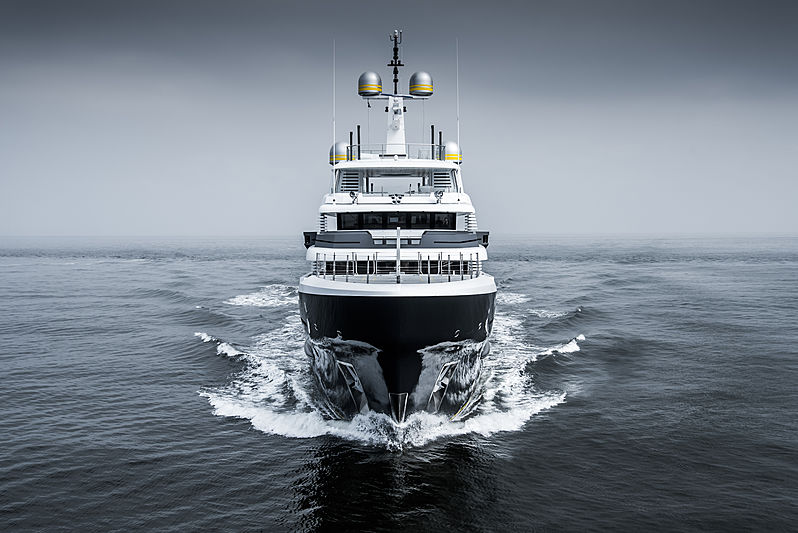 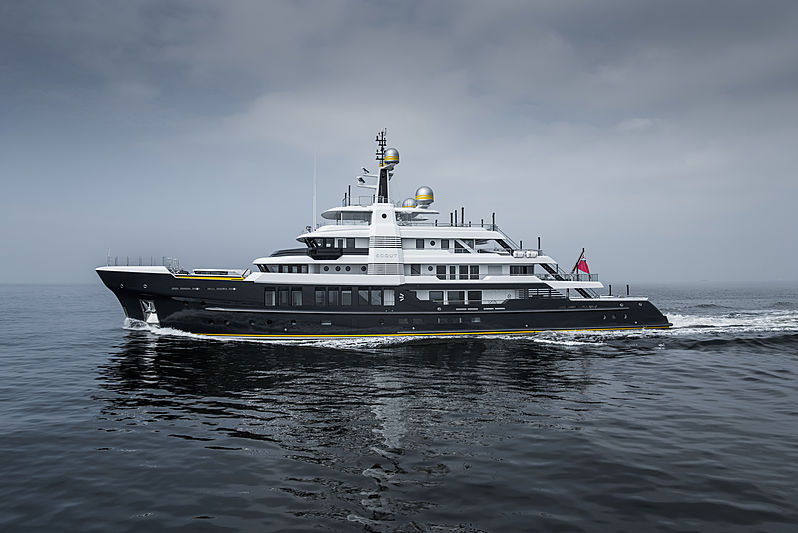 The maritime theme continues through to the guest cabins and a lot of focus was put on getting the smaller details on board to highlight this. “The main saloon is a particular talking point with a huge bespoke polished nickel coffee table sat below an interactive LCD ceiling that mirrors the outside environment. Throughout the corridors, we have pulsing, flashing lights in the ceiling which is a nod to the pulsing lights of the power source of the submarine in 20,000 Leagues Under the Sea. Each guest cabin is styled the same with a different theme, and down to the door handles which look like repurposed cleats, everything is true to Scout’s design philosophy.”