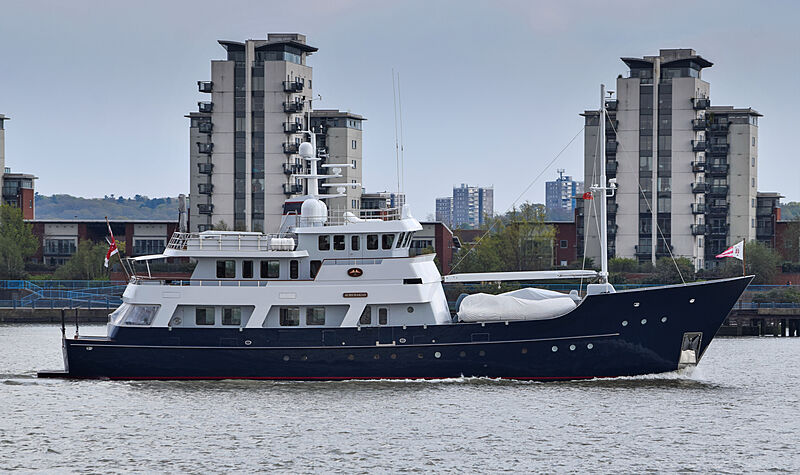 Photo: Andrew ChristySeen here cruising up the River Thames as she continues her Northern European tour is the 36.8-metre Hakvoort explorer yacht Aumichakiad. Built in 1997 and designed by Vripack in the Netherlands, Aumichakiad was created for long-distance cruising and carries two large tenders on her trawler-style foredeck. As the yacht's ownership has changed over the years, so too has her name as she was first known as Freesia and later renamed Suakin.