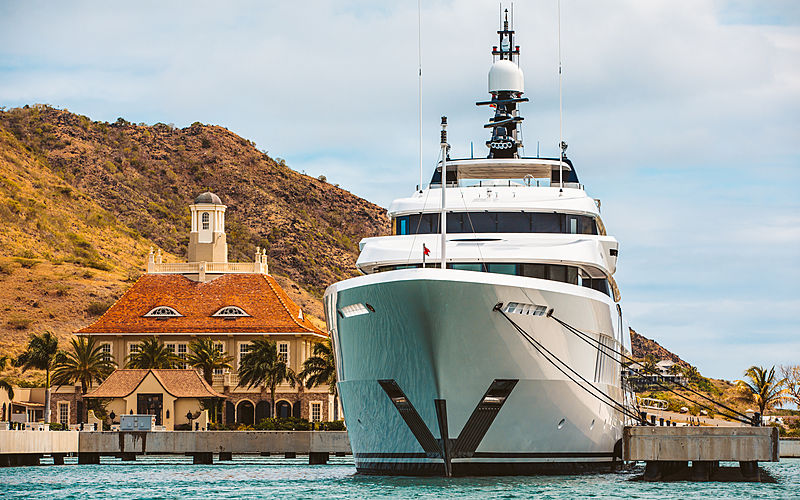 Photo: Charl van Rooy / SuperYacht TimesHaving moved south to Caribbean waters during the winter months from her regular cruising grounds on the US east coast, the 61-metre motor yacht Just J’s was recently seen moored in Christophe Harbor on the island of Saint Kitts. Built by the Hakvoort shipyard in the Netherlands in 2015, Just J’s was the largest yacht completed by the Dutch yard at the time of her launch. Since then, the new 63-metre expedition-style superyacht Scout has taken the title of the largest Hakvoort afloat. Diana Yacht Design worked as naval architects on Just J’s with fellow Dutch studio Sinot Yacht Architecture & Design having been selected as the designers of both the interior and exterior of the vessel. Her owner had a smaller 46-metre Delta Marine yacht by the same name which has since been renamed Time for Us.