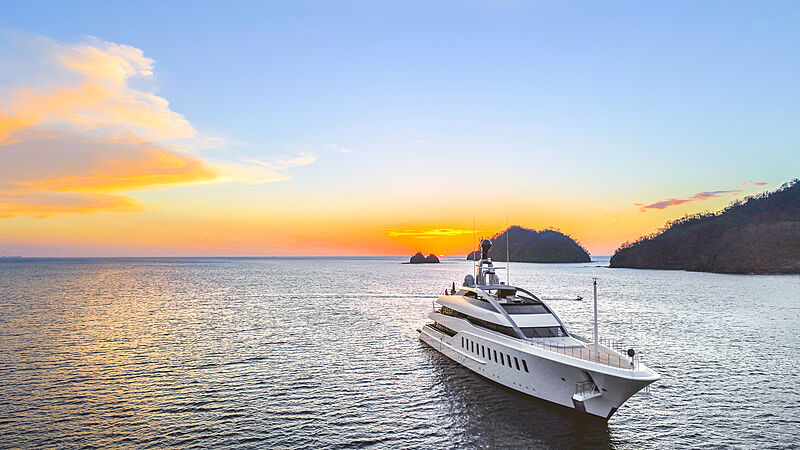 The 58-metre Halo was launched by Feadship in January 2016. The yacht’s distinct exterior lines were designed by British design studio Eidsgard Design, who created a futuristic arch feature that will make the vessel instantly recognisable when at sea. The arch not only serves an aesthetic purpose, but supports the sun deck structure, and house the rails for the sliding sun awnings. The remaining exterior areas where kept as clean and simple in design as possible. Here she is seen in the Papagayo Peninsula in Costa Rica during her first Caribbean season.

This image is a finalist in SuperYacht Gallery’s photo contest whose photo entry will be on display during the luxury exposition in Saatchi Gallery, London this week from 1-3 June 2017. Get your tickets to attend SuperYacht Gallery now,here.