Thomas C. Joyce, an executive with Hargrave Custom Yachts in Fort Lauderdale, died peacefully on March 7, 2014 under the care of hospice at the Manor Pines skilled nursing facility in Ft. Lauderdale, FL. Mr. Joyce was 79 and leaves behind two sons, Thomas and Edward Joyce of Haverford, PA and a sister and brother Rosemary and Michael Joyce of Fort Lauderdale.

Prior to moving to Florida to work with his brother and sister at Hargrave, Mr. Joyce was the corporate secretary of Raymond Rosen & Co. in Philadelphia, the RCA & Whirlpool distributor for the Delaware Valley. In addition he worked for both the American Management Association and Dale Carnegie & Associates in New York City. Mr. Joyce attended St. Francis Prep School in Spring Grove, PA, and graduated from the Wharton School of Finance at the University of Pennsylvania. He was honorably discharged from the United States Army.

Loved and admired by all who knew him, Tom was known for his gentle disposition and sense of humor. When asked on his death bed what message he wanted to leave behind he replied simply, “Be kind to everyone.” 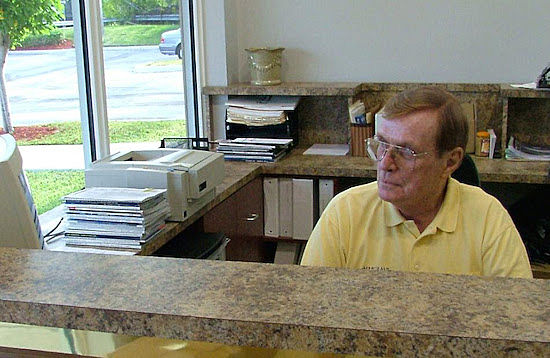 A celebration of life for Mr. Joyce was held for family and coworkers at the Coral Ridge Yacht Club in Fort Lauderdale and the burial will take place in late spring in Philadelphia at the Calvary Cemetery.

Donations in Tom's memory can be made to the charity of your choice.