Harris, Grant Associates, UK based specialists in the integration of entertainment, control, communication, IT & security systems for superyacht new-builds and refits, are pleased to announce the appointment of Richard Abraham as a non-executive Director. 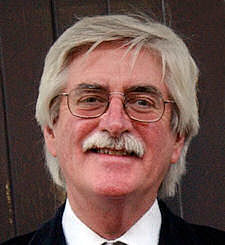 Richard is an accountant and MBA from London Business School with over thirty years experience in international banking. Much of his career was spent with Bank of America where he headed the Banks European Corporate Finance group for many years and subsequently led their London-based Private Banking team. In 1999 he moved to UBS AG as an Executive Director in their Middle East Wealth Management group with responsibility for the financial affairs of a number of leading Middle East families.

Richard currently serves as Chairman of LSE listed company NSB Retail Systems plc and is also a non-executive director of a number of private companies including a pan-African trading and investment group based in Luxembourg.

Richard has been associated with Harris, Grant Associates for more than two years advising its owners on strategic and financial matters. His appointment as a director comes at a time of exciting growth and development at Harris, Grant whose directors, Neil Grant, Carolyn Hayter, and Sheen Uchida, welcome Richard to the Board and look forward to his continuing contribution to Harris, Grantʼs success.