Luxury American yacht builder Hatteras has expanded its Motor Yacht lineup with the unveiling of its first Hatteras 90 Motor Yacht unit. Launched in New Bern, N.C. last month, the yacht will be making her international debut at the Fort Lauderdale International Boat Show in Florida later this year. 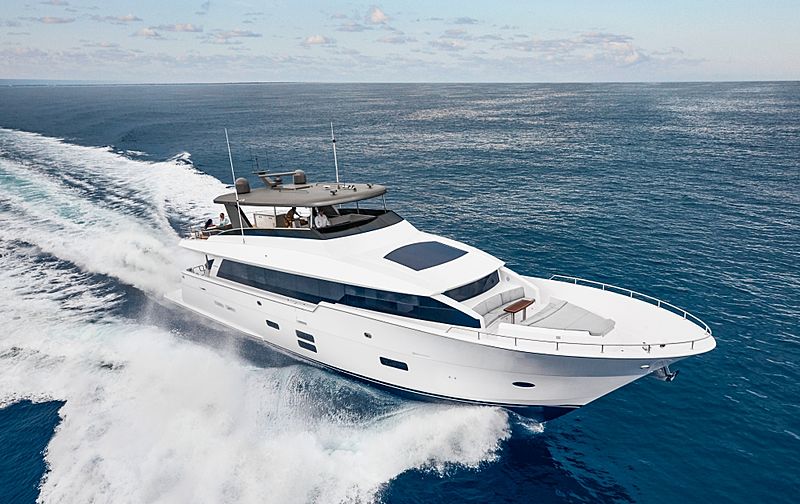 The 90 model picks up where Hatteras’ 70 Motor Yacht left off and has introduced several of the same award-winning features such as the atrium area on the forward part of the main deck with its impressive skylight and grand and open social areas throughout the remainder of the deck.

Now with even more space thanks to a beam of nearly seven metres, the 90 Motor Yacht with its panoramic side windows and four spacious ensuite guest cabins is sure to be a real American crowd pleaser.

“The first 90 Motor Yacht, for instance, is being built on speculation as a demonstration model while hull number two has already been sold to a client and is now under construction,” commented Hatteras CEO Kelly Todd Grindle in an interview with SuperYacht Times earlier this year.

The project is also the first model to come fitted with the company’s new HattCON ship management system whereby the vessel’s navigation, monitoring and automation systems are integrated into a sleek touchscreen surface that is as visually appealing as it is functional. The 90 Motor Yacht also features Hatteras’ first hydraulic side balcony for an extended outdoor experience.