Maria Cattiva - the Huisman built Bruce King design - was the fleet victor of the second day's racing at the Superyacht Cup Palma, with Highland Breeze the Nautor Swan 112 winning Class 1. Over the line, the Hoek designed Fireflytook line honours for the second time, it was quite a sight to see all the superyachts running down wind towards the finish line just behind the magnificent J's. 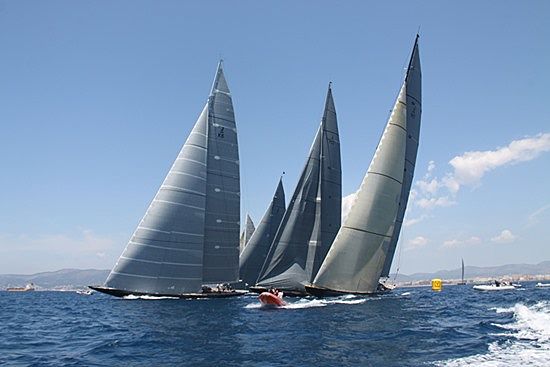 "Another fantastic day out," said Melle Boersma, the helm aboard Tulip" it was a little lighter than we would have liked, but a good opportunity for us to practice our sail handling - we are a new boat with a new crew so are on a steep learning curve, but we are having fun and today was the best day out by far!" Tulipmay not be placing so well in the standings but definitely making up for it on shore by winning the finals of the Boat Blow competition organised by Jongert. 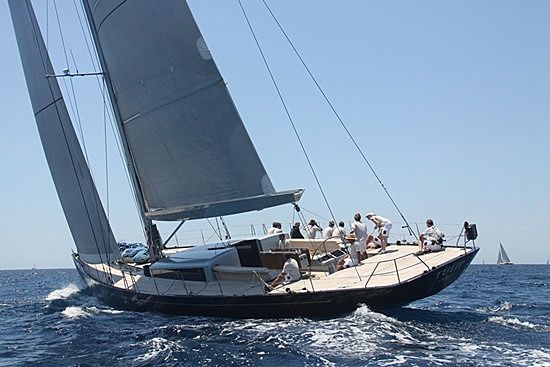 The J's finished up their third race of the regatta and their first coastal race – Hanumanunfortunately was over the line at the start and was scored with an OCS. Lionhearthowever, had a fantastic day on the water leading from the first mark, "the Owner helmed his best race ever," said Bouwe Bekking, the tactician aboard. Results over the line saw Lionheartfirst, Rangersecond, followed by Velshedaand Rainbow. This changed the overall standings, with Lionheartleading by one point from Rangerand two points from Hanuman.

Heartbeatwas the overall victor of the Superyacht Cup in Palma 2013; saturday's first gave her the edge over Maria Cattiva and Atalantein Class 2. 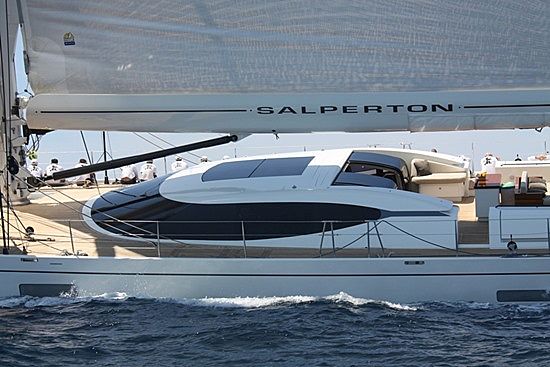 Manon Borrius Broek, the Owner on board Heartbeatwas over the moon with the result, she bought the 23.8m Claasen yacht specifically big enough (and still the smallest in the fleet) so that she could enter the Superyacht Cup. "It was our dream to participate in the Superyacht regatta, we have been fine tuning for 3 years and are now the winners. We are very happy." 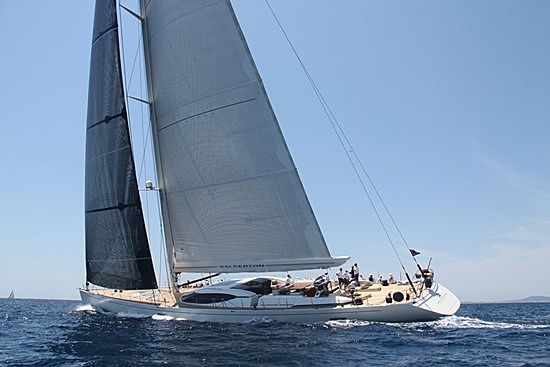 In Class 1, Highland Breeze ranked first overall in front of P2, Salperton. However competition was tough in the last legs of today's final race; Salpertonhad the edge on P2and Rebeccaas they rounded the final mark, however lost out to P2over the line as they had to put a final gybe in to lay the line. 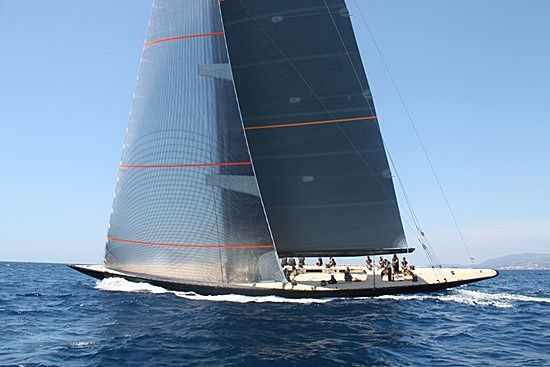 Freyahas put in some consistent results over the event, Mike Toppa the tactician aboard summed up the general feeling of the event perfectly; "We have been having a ball, the sailing here is fantastic. The Owner has never raced before and is doing a great job at driving his boat, he is here with his friends and family and having a brilliant time." 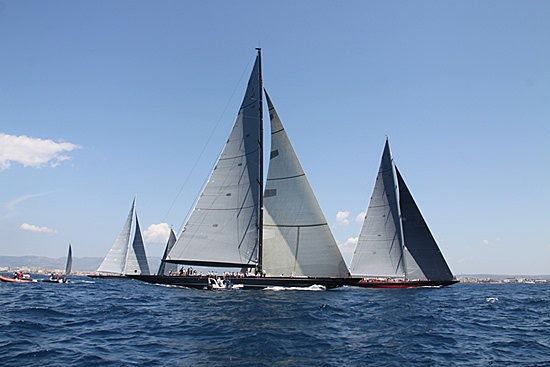 For the J's, it was all about the start in their last coastal race today. Velshedacharged the line and had by far the most spectacular start of the regatta.The all important first beat saw Hanuman round the first windward mark first, followed by shortly after by Velsheda. The next leg was a short reach, with Hanuman, Velshedahaving a good lead on Ranger, Rainbowand Lionheart. Hanumancontinued to lead the procession around the 2 hour course,second place was Velshedamaking good on her fantastic start, followed by Ranger, Lionheart and Rainbow. Overall results, see Hanumanthe victor (this will be 7 out of 8 firsts for her), Lionheartand Ranger have equal points however with a first in Race 3 Lionhearttakes second, with Velshedafourth and Rainbowfifth.