Dutch shipyard Heesen Yachts christened their largest superyacht project to date last Friday. Measuring 70.07 metres, the all-aluminium yacht was known as Project Kometa before her name was revealed: Galactica Super Nova. SuperYacht Times were amongst those invited to celebrate the christening of the vessel at the yard’s facilities in Oss, the Netherlands, where we were given an exclusive tour before attending a celebration in which the owner made a gracious speech thanking everyone involved in the realisation of the project. 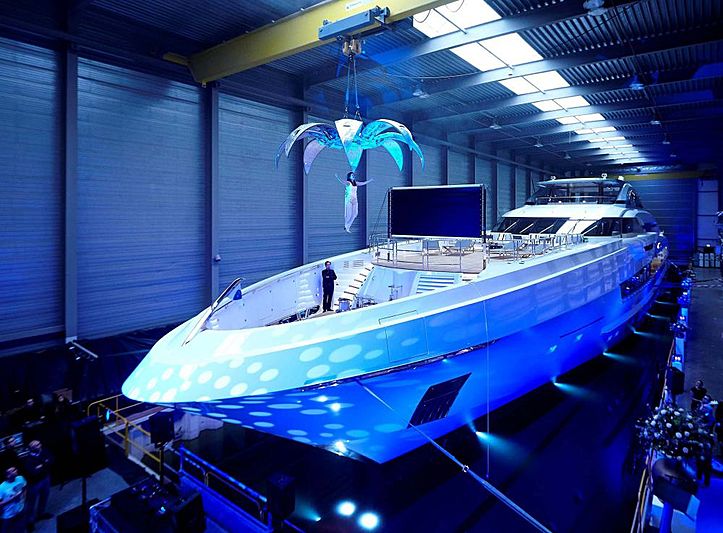 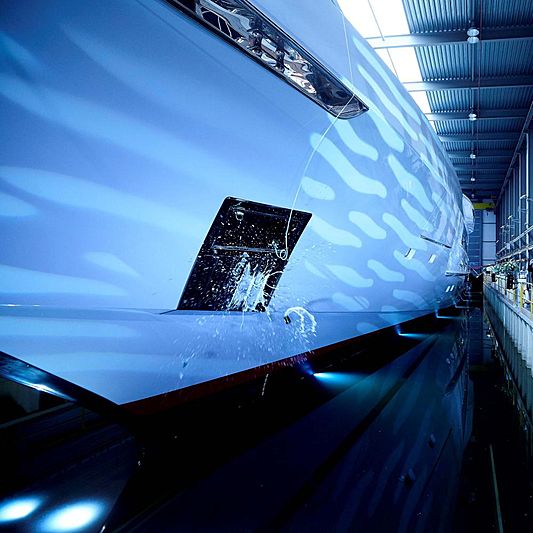 Galactica Super Nova features exterior design from the renowned Espen Øino, who has created a profile that celebrates Heesen’s DNA whilst incorporating various unique design elements to really make her stand out from the crowd. Her bright, sophisticated interior design comes from the drawing boards of Sinot Exclusive Yacht Design, who worked closely with the owner to create a timelessly luxurious yet understated environment perfect for both relaxed moments with friends and family as well as a refined setting for entertainment. 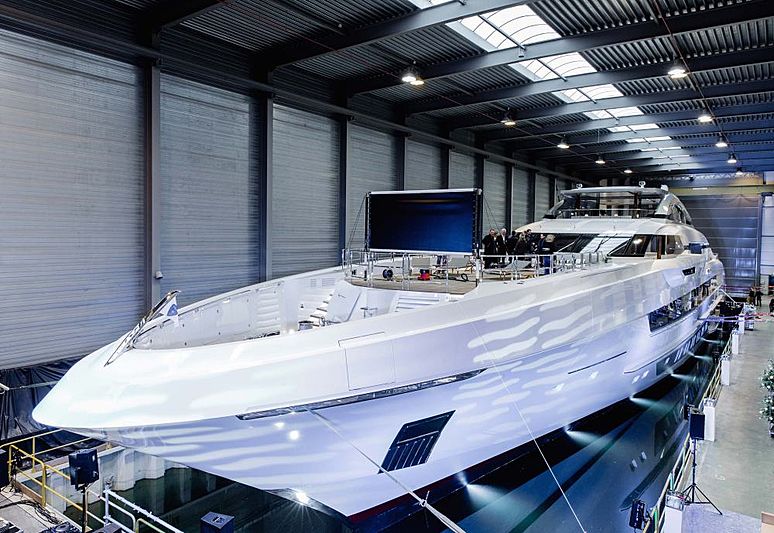 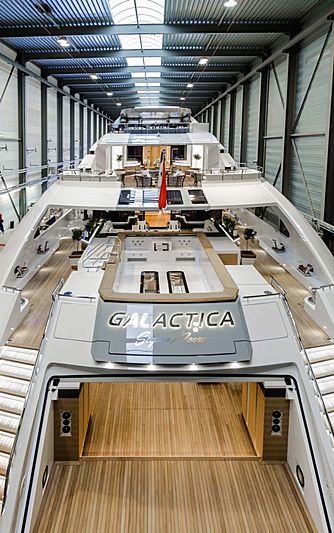 Her main saloon and dining area are intimate settings, in a neutral palette of creams and with a fantastic sense of outdoor/indoor living created with the seamless connection to the main deck. A wide range of leathers from galuchat to very soft calfskin form the basis of the interior decor, with a variety of stones such as calacatta luccicoso and various onyx also used. 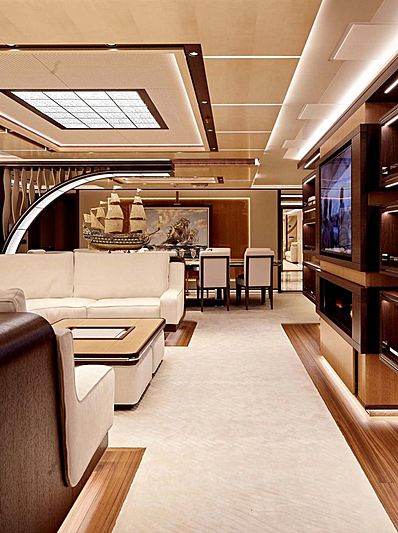 Undoubtedly the stand-out interior feature is the central staircase with a crystal elevator, in which Sinot Exclusive Yacht Design informed SYT was by far their favourite aspect of the project. The team worked tirelessly to perfect the feature, using steel, nickel, chrome, wood and leather to form a magnificent and grandiose architectural helix. 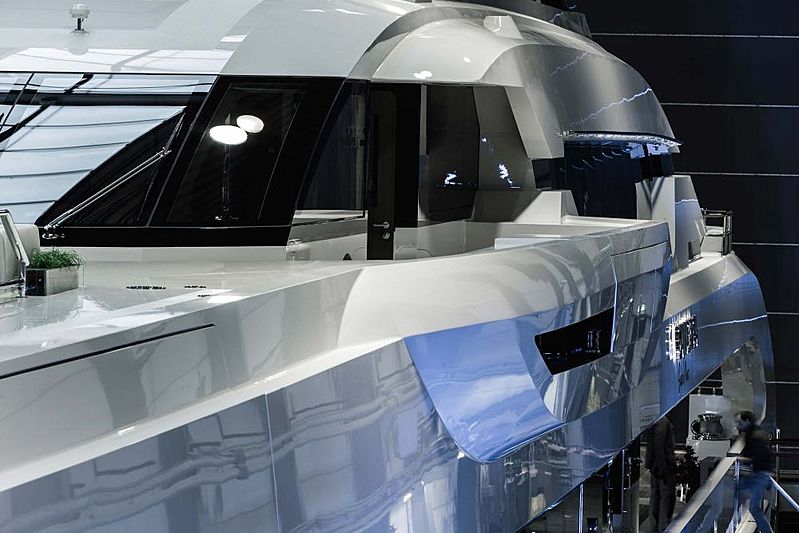 In regards to her performance, she utilises the revolutionary Fast Displacement Hull Form (FDHF) technology devised by Van Oossanen Naval Architects, in which Heesen was the first to put into production, and is powered by twin MTU 20V4000 M93L engines. Thanks to the addition of a third engine to power a booster jet, she will be capable of reaching an impressive top speed in excess of 30 knots. At a speed of 12 knots, she boasts a range of 4,000 nm. 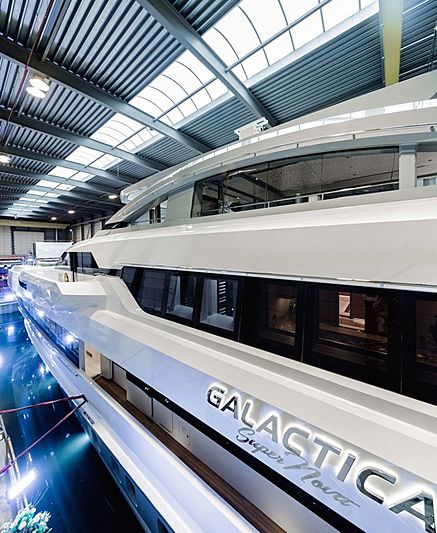 Following the christening of the vessel, Galactica Super Nova will be extensively tested in the North Sea before being delivered to her owners in May. Upon completion of her maiden voyage from Netherlands to Montegnegro, she will enjoy her first summer season cruising the Mediterannean before being officially presented to the industry at the 2016 edition of the Monaco Yacht Show.