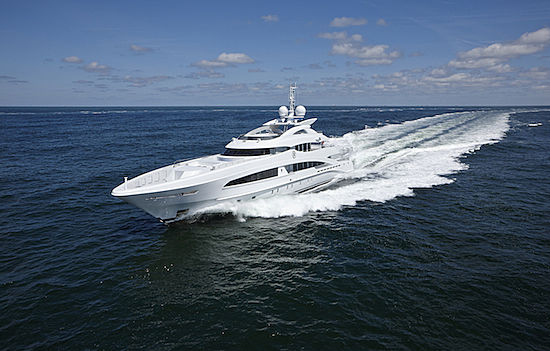 Owner’s Representative Howard Lowe from Royale Oceanic commented: “During the first day of sea trials we had the chance to test the vessel in moderate weather conditions with wind force 3 / 4 and waves around 1 metre. We met all requirements and the yacht performed well. M/Y Monaco Wolf is now ready to be extensively used and enjoyed during the summer season in the Med.”

"It doesn't get any better than this,” commented Rupert Nelson, Sales Director for Burgess in Monaco. “From contract signing in early February, to delivery on June 2, in just four short months this experienced Owner will be enjoying his new yacht! This is a fitting testimony to Heesen shipyard's continued commitment to providing pedigree yachts with reduced delivery times that the current market seems addicted to."