Last week Heesen launched what they claim to be the largest and most powerful sports yacht ever built in the Netherlands. The 45 metre superyacht Amore Mio is an all-aluminium vessel powered by twin MTU engines powering her to a top speed of 30 knots. Designed by Omega Architects, Amore Mio’s performance is matched by striking angular lines giving her a dynamic appearance even at anchor. 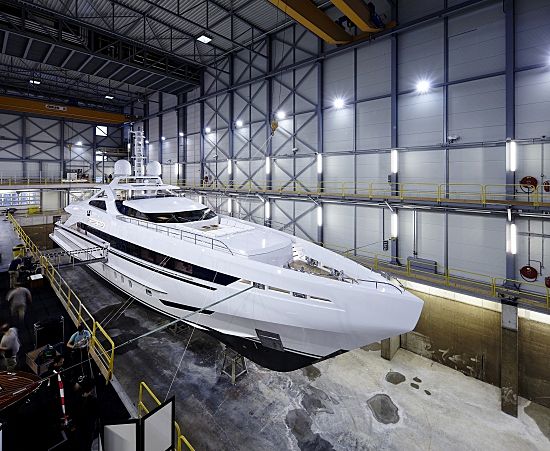 Known as project Necto during her build, the yacht was christened during a private ceremony held at Heesen’s facility in Oss. Heesen’s in-house engineering team designed a solid semi displacement hull that ensures a fast yet highly comfortable and stable ride. Fuel efficiency was another priority, and the low resistance hull aids in the yacht’s impressive range of 2750nm, ideal for hopping between Caribbean islands. 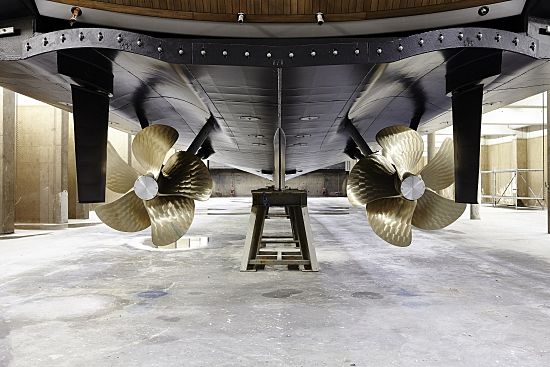 The yacht’s interior is the work of designer Christiano Gatto, and is said to be a mix of style and sophistication, with luxurious fabrics and warm wood panelling creating a cosy environment for her guests. Amore Mio features a traditional 5 cabin layout, with a grand master suite forward on main deck that houses comforts such a large corner sofa and vanity table on port side. Remaining cabins consist of 2 double and two twin cabins, located on the lower deck. 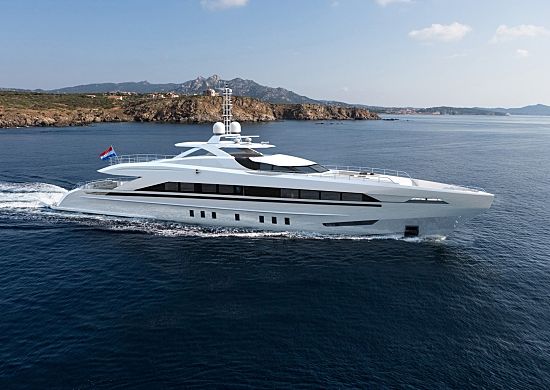 Amore Mio is now ready to set off on an intense period of sea trials on the North Sea, after which she is expected to be delivered to her owners in January 2016.