Heesen Yachts has launched Y/N 16750 christened M/Y Sibelle at their facility in Oss, on Friday December 19, 2014. M/Y Sibelle is a 50 metre fully custom motor yacht, that has been kept below 500 Gross Tonnage. 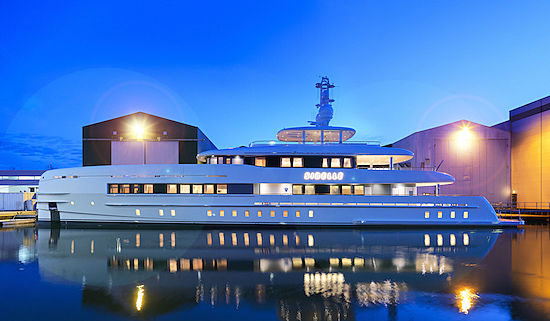 The yacht has an aluminum hull and superstructure, and was built for an experienced Heesen owner. The owner, the yacht's Captain and his team, were all deeply involved in the conception of this unique vessel.

Sibelle is the first Heesen with a plumb bow. This design feature is more than just a styling feature, it also ensures the best possible course-keeping - especially in high wave conditions - and to allow greater comfort on board. Sibelle will be able to reach a maximum speed of 18.5 knots with only two 1,000kW MTUs installed. 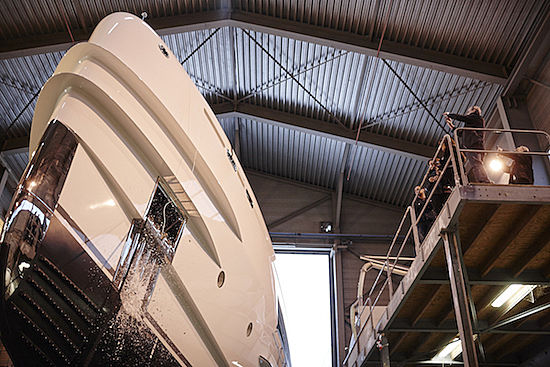 Naval architect, Perry van Oossanen comments: “the modest propeller tunnel design allows for 1.5 metre diameter propellers. The hull is fitted with Quantum XT zero-speed fins, offering a maximum reduction in roll angle at anchor. The design of the hull, the appendages and the propulsion arrangement have been focused on obtaining the best fuel efficiency possible, without sacrificing performance and comfort when running in waves.” 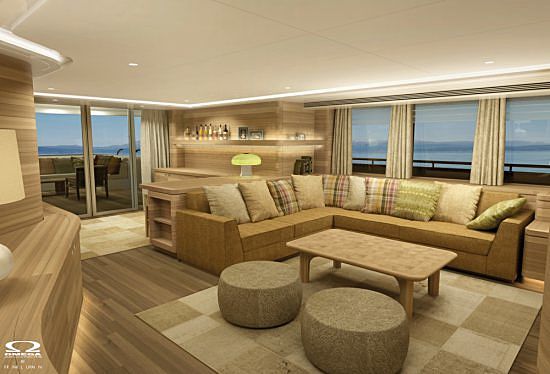 The Owner appointed Frank Laupman from Omega architects and Mikhail Labazov and Andrei Savin from Architectural Bureau A-B Studio to create the exterior design, the general arrangement and the interior décor of M/Y Sibelle. 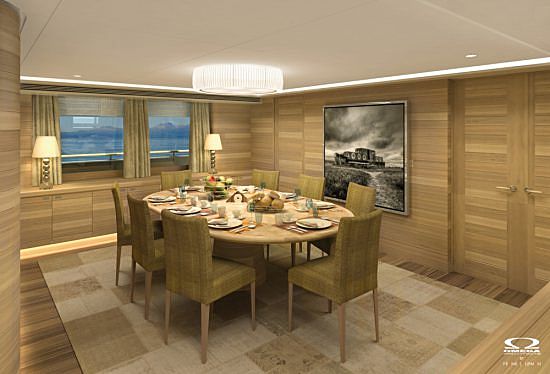 Sibelle will be tested in the North Sea and delivered to her Owner by the end of February 2015.