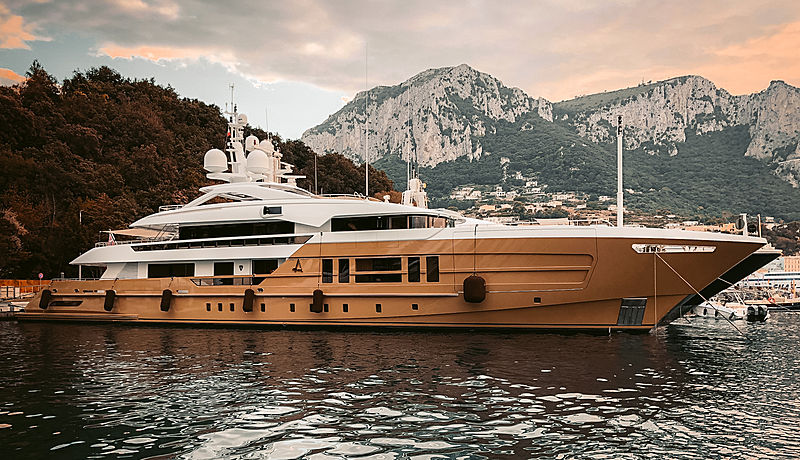 Photo: SYT ReaderAzamanta was built in 2015 as Heesen Yachts’ first unit in its new 55-metre Steel line of motor yachts. She was joined in 2017 by sister ship Laurentia who shares a similar exterior design, apart from the copper-gold hull colour which sets Azamanta apart from any other yacht. Designed by Omega Architects, Azamanta’s owners selected Sinot Yacht Architecture & Design, also from Holland, as the interior designers of the yacht. Though she spends most of her time in the Mediterranean and Caribbean Seas, her ice-reinforced steel hull makes it possible for Azamanta to confidently take on more adventurous passages around the world. Heesen is currently building a third addition to its 55-metre Steel fleet, named project Antares, which is expected to be delivered later this year.

Superyacht of the Week: Laurentia