In 2001 Heesen Yachts launched a 37.70 metre explorer superyacht for a Dutch owner. Whilst most owners like the styling of explorer yachts, they often don’t use them for worldwide expeditions; however this hasn’t been the case with AlumerciA. In the past 8 years the Vripack/Omega designed superyacht has cruised all over the world from Alaska to Fiji and from Cape Horn to the Mediterranean. 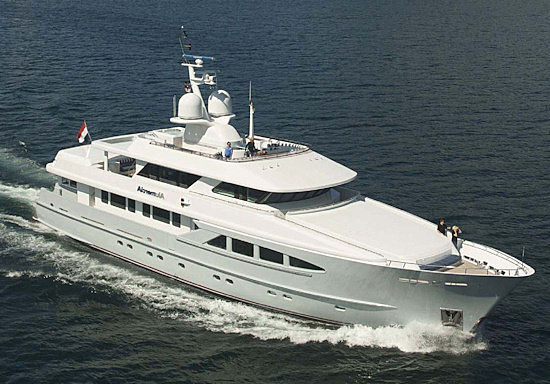 One of the most interesting features of AlumerciA is her Schottel Azimuth propulsion system. The Schottel STP 200 series offer the possibility of a quiet propulsion (less vibration on the dual props) and 20% more fuel efficiency due to the dual prop (push and pull). AlumerciA has also almost no wake behind the yacht due to this system (also called Azimuth thruster). Thanks to its Schottel propulsion system the yacht is very maneuverable, as the thrusts can be easily applied in any direction and from either unit differently. That means you can also move the yacht sideways without a bow thruster.

Other special features include the capability to land a helicopter, which is rarely seen on superyachts of this size, and AlumerciA can also store a Land Cruiser Jeep inside her garage. 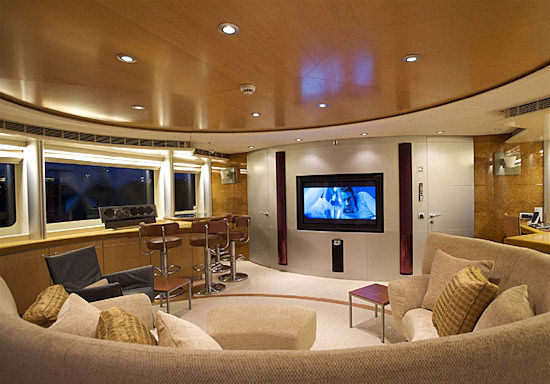 After an 8-year around the world cruise the yacht has just returned to her home port, Rotterdam, from where she is available for sale through Jan-Jaap Minnema of Fraser Yachts. “AlumerciA is in immaculate condition following a refit early 2008, which included an engine room rebuild, a complete paint job and other upgrades”, says Jan-Jaap Minnema.

AlumerciA is competitively priced at € 9,950,000 and available for inspections in Rotterdam.