The 50 metre project Nova currently under construction at Heesen’s yacht building facility in Oss, the Netherlands has reached a milestone in the construction phase when the yard joined the vessel’s hull and superstructure over the past weekend. The all-aluminium yacht, with project number YN 17850, is expected to be ready for delivery in Spring 2017. 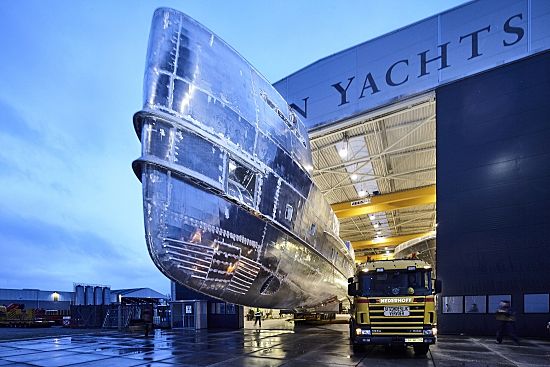 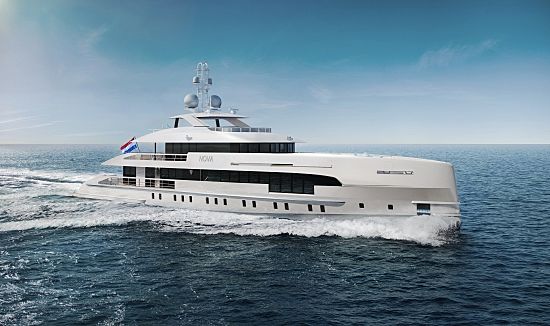 Nova was developed in partnership with the masterminds at Van Oossanen Naval Architects to successfully employ their efficient Fast Displacement Hull Form (FDHF) into an eye catching and performance styled exterior by Omega Architects. The yacht will be constructed entirely out of aluminium, and is set to deliver unmatched living spaces for a yacht in the sub 500 gross tonnage class. 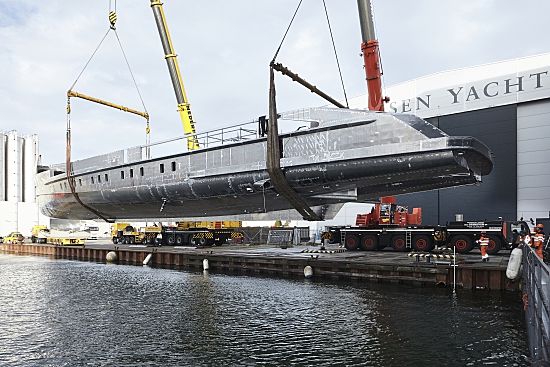 Even though project Nova features a FDHF, she has not been designed for exceptionally high speeds, but rather to offer substantially lower fuel consumption through utilising the efficient and easily driven hull form at lower speeds. Powered by twin MTU 12V 2000 M61 engines, at 12 knots, for example, she has a fuel consumption of 98 litres per hour, whilst at 10 knots, this is reduced to mere 57.5 litres per hour. Despite these figures, Nova will be able to reach a top speed of 16.5 knots. 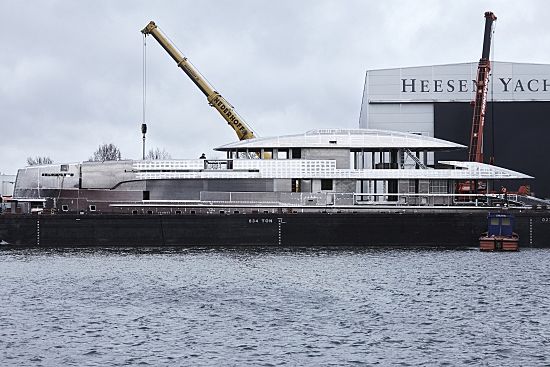 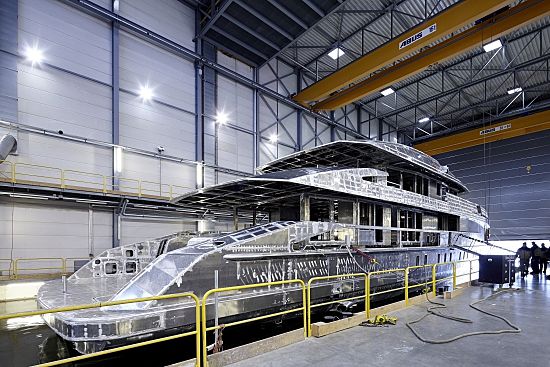 Inside, a beach villa look has been designed by Sinot Design, incorporating the use of natural fabrics and materials and emphasising the vast amount of natural light flooding into the interior. She accommodates guests over six staterooms including a full beam VIP stateroom on the lower deck in addition to a traditional Owner’s suite on the main deck. Amongst her many notable features on board, she will also feature a dedicated gym and separate hammam.