The hull of Heesen's 67m superyacht Sparta has been captured in transit from the Talsma Shipyard in Franeker, on route to the Heesen shipyard in Oss, the Netherlands. The hull will now go into the next stage of construction, with Heesen now completing her aluminium superstructure and outfitting. 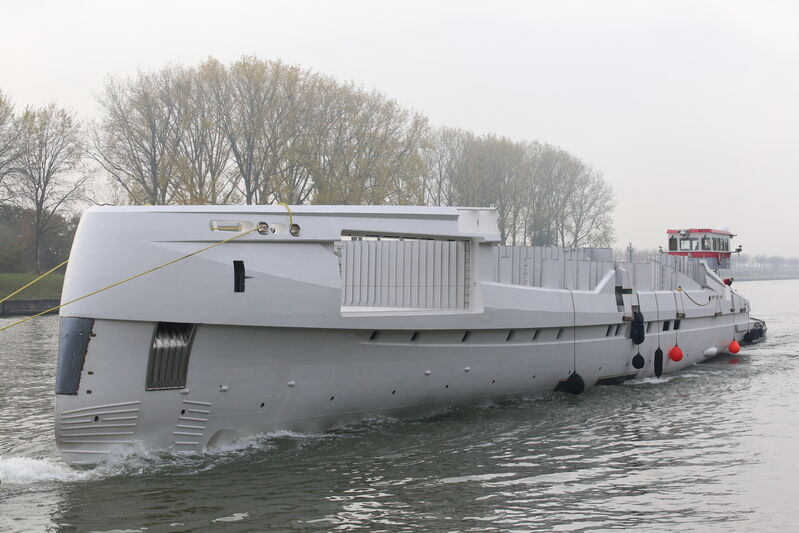 Photo: Arie BoerSparta has been penned inside and out by British design firm Winch Design, while the naval architecture comes from the boards of Van Oossanen Naval Architects. The superyacht has an interior volume of 1,200 GT and can accommodate as many as 10 guests between five staterooms. 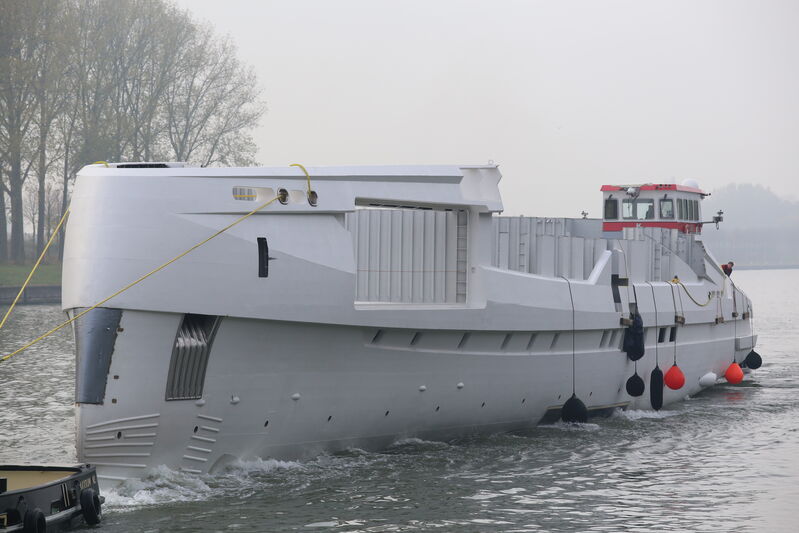 Photo: Arie BoerSparta has a top speed of 16 knots and a cruising speed of 12 knots, with a range of 4,500 nautical miles.