Having made her first appearance last month, the latest yacht to have emerged from Heesen Yacht’s build sheds in Oss, the Netherlands, is the 50 metre project Akoya. Designed by Omega Architects, the fifth yacht in yacht builder’s successful 50m class shares a similar exterior styling as sisters Septimus, Monaco Wolf, and Ice Angel amongst others, with a ‘shark grey’ hull making her easily identifiable. 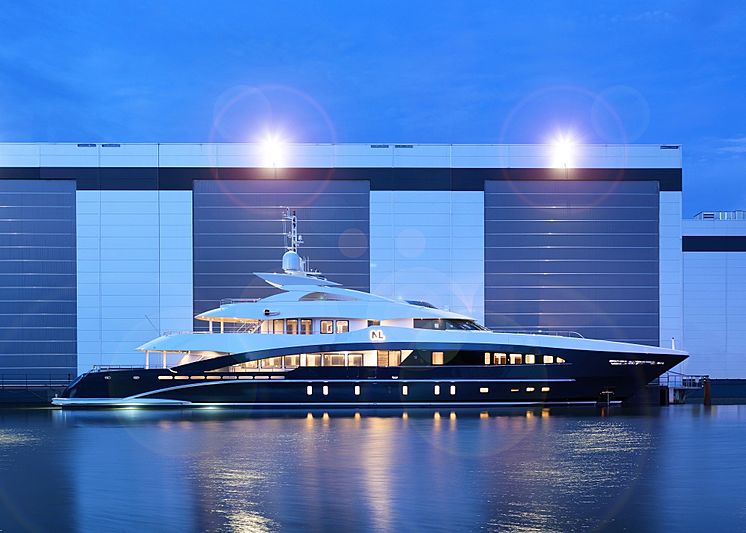 Space has been optimised throughout andYN17650 has the highest possible internal volume under the 500GT threshold.12 guests are accommodated in 6 staterooms in an interior designed by Cristiano Gatto. The master suite is located on the main deck, while the remaining guest cabins are on the lower deck and include a full-beam VIP, two twins (that can transform into doubles) and two doubles, all with ensuite bathrooms.

The yacht is now preparing for a series of intensive sea trials before her owner will take delivery in June this year, ready to cruise the coming summer season.