Heesen Yachts have announced the launching of the fifth vessel in the 47-Metre displacement range, whose design resulted from the close collaboration of Heesen Yachts’ in house naval architects and Frank Laupman from Omega Architects, who conceived her stream-lined exterior design with its pelican beak bow – the negative sheer style that is Heesen’s trademark. 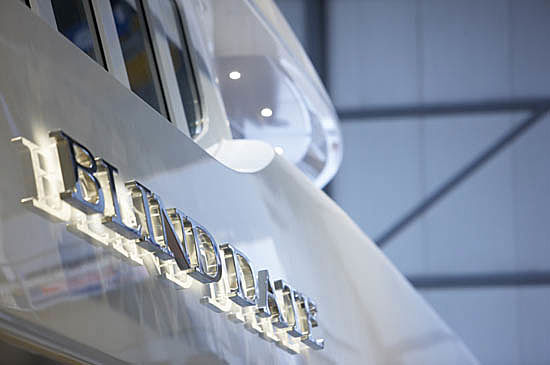 YN 14347 Blind Date is sister ship to YN 12247 Yalla (2004), YN 13147 Let it Be (2006), 13547 Mon Plaisir (2007), and YN 14047 Elandess (2008). She sports some major differences from her sister vessels, including: a wheelhouse deck extension that contains a gymnasium; a staircase connecting her four decks; and a unique panel by artists Based Upon, that incorporates fibre optics within a liquid metal underwater scene cast in high-relief. In addition, the windows of the owner’s suite have been doubled in size to deliver a total of 12.5 sqm of natural light to the bedroom and study.

Changes have also been made to the crew quarters, whose functionality has been improved with a spacious laundry room to starboard, accessed directly from the crew mess.

Powered by a pair of MTU 8V 4000 M70, Blind Date will reach a maximum speed of over 15 knots. Blind Date’s interior has been conceived by Keech Green, whose ‘Modern Deco’ style was inspired by the American Art Deco period – a look that is easy to live with, yet one that retains a sense of effortless glamour and timeless elegance.

The yacht’s ten guests are accommodated in four cabins on the lower deck (two twins and two doubles) and one full beam owner’s suite traditionally located forward on the main deck. Each cabin boasts a private bathroom panelled with different semi-precious stones, including six types of Onyx (Onyx Marina, Botticelli, Smeraldo, Caramel, to name few of them).

Blind Date will be delivered in September 2009 after intensive sea trials in the North Sea.