Heesen Yachts has announced that on Friday, February 25, YN 15250 was launched at the shipyard facilities in Oss, the Netherlands. The owner christened her Satori, a name that in the Zen Buddhist tradition refers to a sudden enlightenment that is considered the first step toward Nirvana. 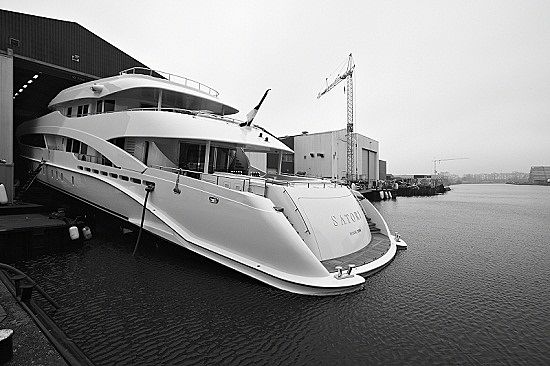 With a Gross Tonnage of 499GT and a top speed of 24 knots she is among the world’s fastest 50 metre yachts. Built on the experience of launching seventeen 44- and 47-metre custom yachts, the hull of this new 50 metre is currently the most efficient on the market. In consultation with Van Oossanen Associates, Heesen’s in-house naval architects created a sophisticated and highly efficient hard-chine hull.

When combined with Heesen’s acknowledged weight reduction expertise and a pair of high power-to-weight ratio MTU 2.720kW engines, Satori is able to deliver her excellent top speed as well as a very economical fuel burn and a particularly long range of 3.200Nm at 12 knots. Frank Laupman, from Omega Architects, designed the clean lines of this new 50 metre semi displacement. 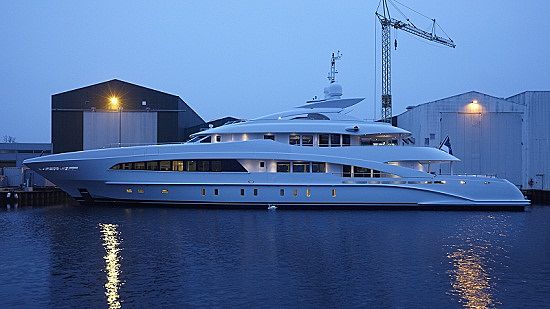 The owner appointed the award-winning French designer, Rémi Tessier to create the elegant interior of his yacht. Rémi Tessier believes that luxury lies in “the art of providing detail without ostentation and in exulting the essential”. As a result the interior of MY Satori looks extremely simple at the first glance, but as soon as the eye dwells upon the detail the extreme refinement of every single element clearly stands out. 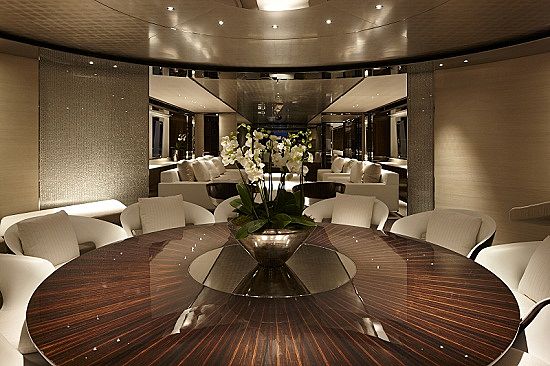 Ten guests are accommodated between a master suite on the main deck and four guest cabins on the lower deck (two VIP full width and two twins). On the main deck the saloon is divided into three distinct areas and features a notable round dining table, which can be lowered to create a more informal dining style. Following this simple operation the atmosphere of the saloon is completely changed, transforming it into a magnificent open space ideal for lounging and relaxation. Guests are able to enjoy their life at sea in four different exterior social areas. These comprise a 20 metre long, split-level sun deck with a large custom Jacuzzi, sunbathing terrace and bar; the forward cockpit with U-shaped enclosed sofas facing a large sunbathing area; the al fresco dining area on the upper deck aft; and the aft cockpit. 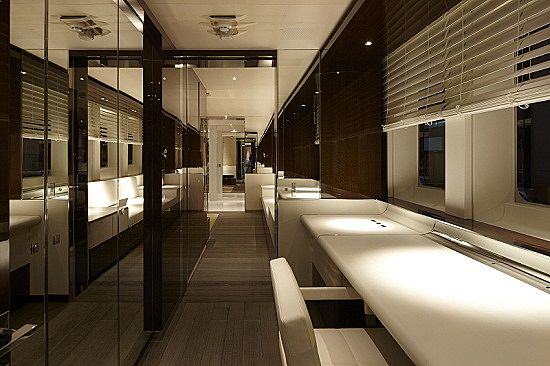 Captain Mark Lacey, who was also the owner’s Project Manager, comments: “This yacht has pushed Heesen’s custom abilities to an even higher level of excellence. In yachting there are only two possible ways to react to a request from the owner: ‘Yes AND I will see what I can do’. In the construction of this yacht there has been emphatically no place for the response ‘this is not possible’ and we have approached the entire build with this inspiration in mind. Every person of the team has been working extremely hard to create a balanced and beautiful design that I hope will become a classic.”

The delivery of Satori is scheduled for April 2011, after intensive sea trials in the North Sea.

Heesen Yachts has currently sixteen yachts under construction (a total length of 773m) which will be delivered to their owners by 2014. In 2010 the Dutch shipyard signed seven contracts and has signed a further one in early 2011.