Heesen Yachts is proud to announce the signing of a new contract for a 47-metre displacement motor-yacht, Hull Number 15747, for delivery in 2012. 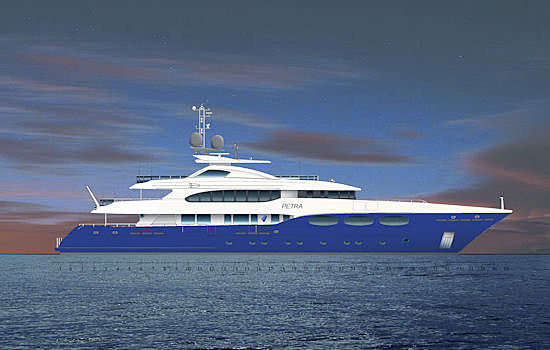 This new building contract is even more special for the Company since the client is Frans Heesen, former owner and founder of the shipyard who comments: “I am delighted to start the new year by announcing the contract for my own new boat, which my wife and I signed some days ago! I am planning to spend many joyful days with my family and numerous grandchildren aboard this beautiful 47-metre.”This is the second yacht under construction for Frans after the 4400-series, My Petra, which was delivered to him in June 2009.

The sale of this new vessel means that four new contracts were signed in the last 12 months by Heesen Yachts, and brings the number of vessels currently in construction at this Dutch shipyard to the amazing total of 13, figures which confirm the strength and financial reliability of this world-renowned company.