Home > News > Helmut and Heidi Horten: a fleet of Carinthias

One of the most iconic superyachts ever launched is the 97.20 metre superyacht Carinthia VII. With her smart navy blue hull and gleaming white superstructure she is instantly recognisable, though what most don’t know is that she is actually part of a much bigger story. 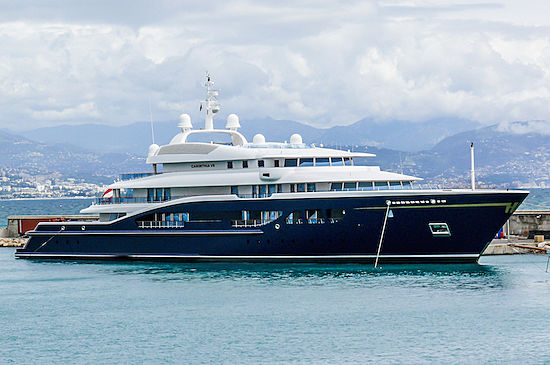 The story of the Carinthia yachts began more than 50 years ago. They have been cruising the oceans of the world since the early 1960s and although two of the seven yachts met an unfortunate watery grave over the years, at least three of these vessels are still going strong today. Commissioned by the late German entrepreneur Helmut Horten and, in later years, his wife, Heidi, here yacht historian Malcolm Wood tells the story of the Carinthia’s.

Helmut Horten made his fortune after introducing the supermarket concept to his home country following a business trip to the United States. It was an action that quickly made him into one of the most affluent men in Germany, and by the late 1960s, his Group boasted a €1 billion turnover. This accumulation of wealth of course opened many doors for Horten, including the opportunity to freely invest in his love for yachting.

The details of the first two of the Carinthias fleet are obscure, though widely assumed to have consisted of smaller vessels for use on the Ruhr and Rhine rivers. Carinthia III, on the other hand, was Horten’s first real superyacht. Measuring 24.60 metres she was built by the French shipyard Chantiers Navals de l’Esterel in 1961. She was designed by André Mauric, and was later sold and renamed twice; Brionie and Venezuela. One thing all the Carinthia’s have in common is that they are all notably fast yachts and though Carinthia III was one of the slowest in the fleet, she still boasted a top speed of 23 knots. She was last reported to be in Greece in 2006. 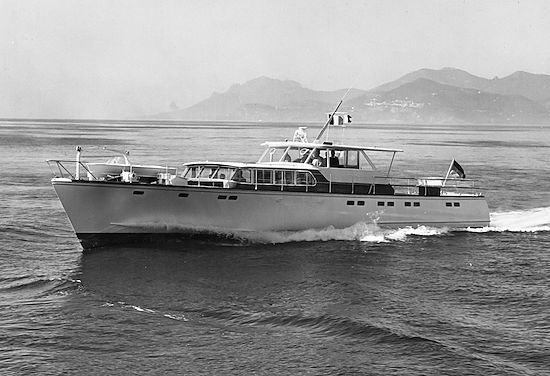 Carinthia IV saw Horten upgrade in size by almost 18 metres to 42 metres, to a yacht that was also the fastest Carinthia with a top speed of 34 knots. Built by the same French shipyard as Carinthia III, she was completed in 1964, with Horten again assigning her design to Mauric, this time in collaboration with the now-iconic Jon Bannenberg. Again, number four in the series of yachts was sold and renamed, this time to Sylvana C. She was outlived by her original owner after being consumed by fire in Greece in 1981.

Tragedy too taints the fate of Carinthia V. Seeing another extension in length from her predecessor, this vessel was built at the German shipyard Lürssen, a brand a little closer to home for Horten. Measuring 67.85 metres, Bannenberg was responsible for her design this time in collaboration with Lürssen, marking a departure from the French shipyard Horten had previously favoured for his Carinthias. Still a fast yacht for her size at 27 knots, she met her end after striking an uncharted rock near Corfu in 1971, the same year she was completed.

Horten didn’t grieve over the loss for too long, however, and promptly ordered a replacement that was delivered just two years later in 1973. Again built by Lürssen to an almost identical design of Carinthia V, Carinthia VI measured 70.68 metres, and was one of the largest yachts in the world at the time. She was later sold and renamed The One. Since publication, tragidy struck The One recently when the yacht caught fire in Marmaris, Turkey. The current state of the vessel is still unknown and if what has remained of her is salvagable.

This article is featured in the fifth issue of the SuperYacht Times newspaper. Subscriptions are available here.