Recently I visited Greece and in the Astir Marina of Vouliagmeni I saw a yacht called Christianna YCG. I had not heard of this yacht before and there is not much information available on the internet. 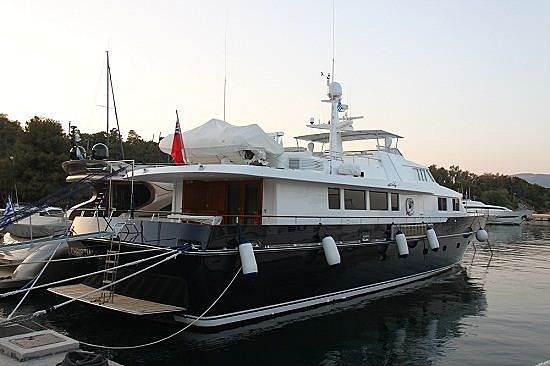 The confusion starts with a photo, see below, which was also found in the Picchiotti archives, which also shows a yacht called Oktana. 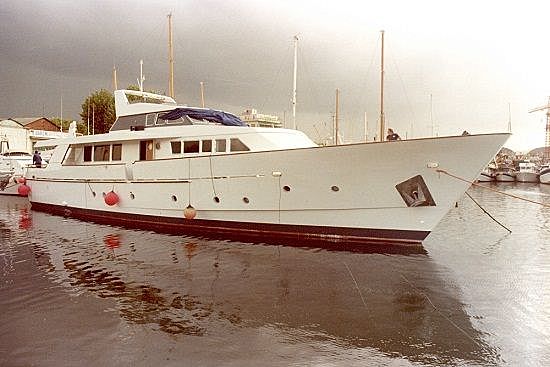 However this yacht does not corresponds with Christianna YCG and hull number 571, however she has some similarities with the 1997 build Nomi (previously known as Irina). The photo of above is believed to be taken in the 80’s and Nomi was completed in 1997 and there are also different reports about who build/completed Nomi; is it Picchiotti, Campanelle or Baglietto? 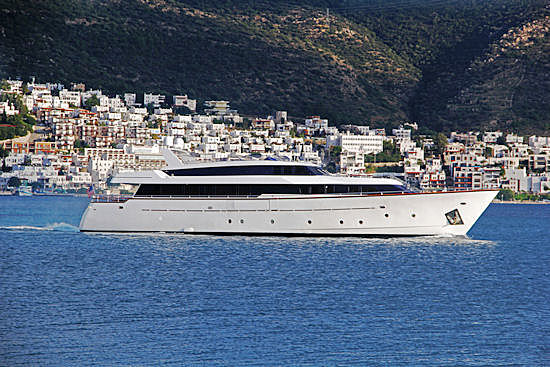 We have several questions and your help would be much appreciated:
1. Can anyone confirm that Christianna YCG was built by Picchiotti in 1987 as Oktana under hull number 571? We are pretty sure about this, but it would be good if someone can confirm this.
2. When was the Oktana, shown on the archive photo, built by Picchiotti, and is she the same yacht as Nomi or is she a different yacht?
3. When and where was the hull of superyacht Nomi built and who completed her in 1997?

Please email us at [email protected]