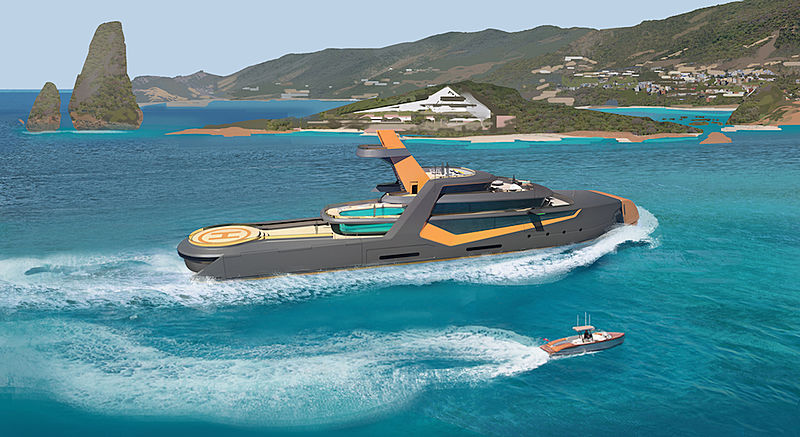 One such notable feature is the 18 metre floating lodge, docked within the aft end of the vessel and designed to blend in as a fixed part of the superstructure. On approach to shallow waters, the lodge can be launched as an independent base for mini expeditions in harder to reach places. On-board is an owner’s cabin, a second guest cabin and open-plan galley, living and dining area. When moored in a secluded location, the aft section of the lodge folds down for direct water access and indoor/outdoor living.

Following the feasibility study carried out by BMT Nigel Gee in regards to the naval architecture on board Time, the team state that she will have a cruising speed of 15 knots, and will be capable of a range in excess of 5000 nautical miles at her passage speed of 12 knots.

Here we talk to Henry Ward about the new project, who sheds some light on what makes Time stand out in the ever increasing number of explorer yachts on the market, his personal highlights on board, and the importance of bringing the concept to the upcoming edition of the Monaco Yacht Show. 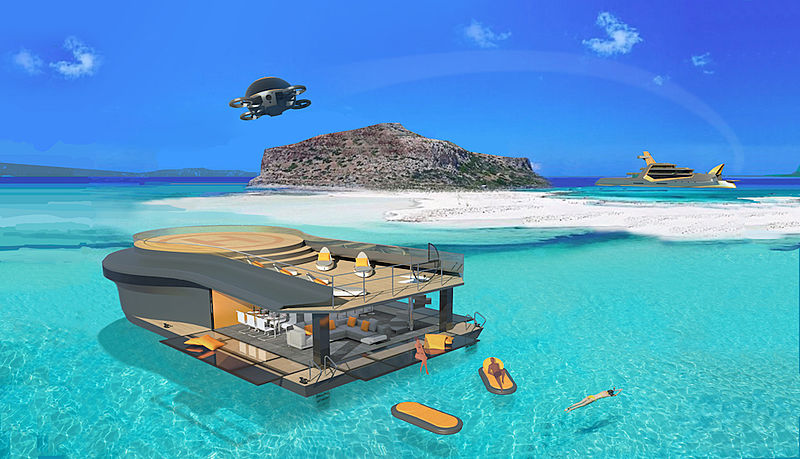 With the rise of the explorer yacht in recent years resulting in many new explorer designs, what makes the Time concept stand out?

Time stands out from other explorer yachts by offering a range of versatile features that make the experience on board that bit more special. Take, for example, the floating lodge which docks into the aft end of the vessel. Whether you fancy exploring that extra mile where the mothership cannot reach or a night away with your partner in a secluded bay, Time gives you more flexibility.

What are your personal highlights on board?

I like to entertain, so personally the spacious deck areas provide the perfect platform to make the most of my time with family and friends. When the floating lodge is away from the mothership you are left with a large splash pool at the aft end of the yacht. Fold down the topsides and you create an area of 190 square metres around this which is perfect for parties! The inverted climbing wall over the upper deck pool also adds a playful twist to the design. 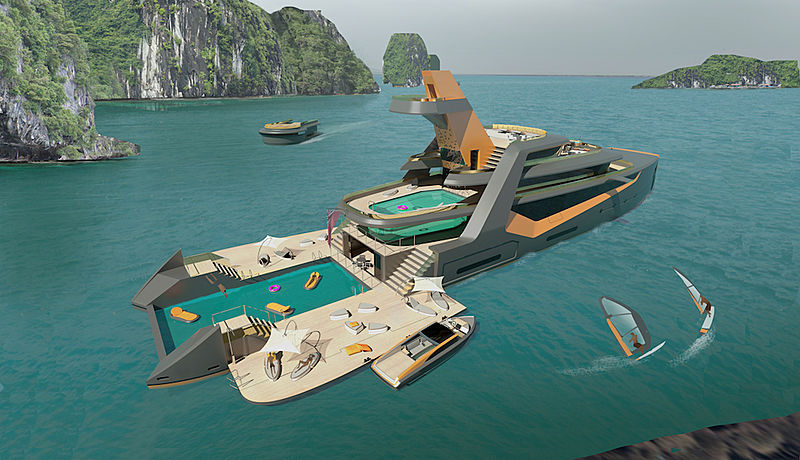 You state that the concept takes a fresh look at technological boundaries within superyacht design. How has this been implemented on Time?

The bow garage is a unique concept for deployment of the yacht’s tenders. For the renderings I chose to show an autonomous drone. Whilst such aircraft are commercially some way off, the basic technology exists and it will just be a matter of time until this is available. Imagine the ability to be able to easily fly guests to and from nearby locations, such as the floating lodge, without the need for a pilot. Imagine also using it for wildlife observation and pathfinding while exploring!

Tell us about the collaboration between Henry Ward Design and BMT Nigel Gee.

I started collaborating with BMT in 2011 when they assessed the technical feasibility of my Recreational Island concept. The project was beneficial for both parties and our two companies worked well together bringing different skills and ideas to the table. Since then I have completed other projects with another subsidiary of the BMT Group and I am delighted to be working again with BMT Nigel Gee on Time. 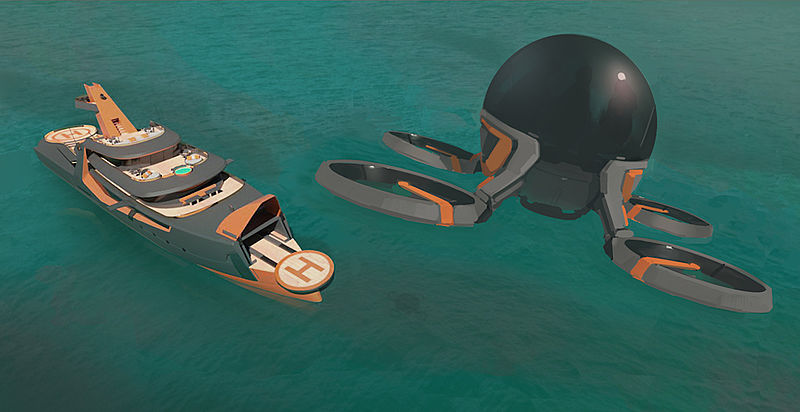 You will be presenting the concept at the upcoming edition of the Monaco Yacht Show. How important is the Show as a platform to reveal your work?

The Monaco Yacht Show is an essential event in the superyacht calendar and if I could only choose one show to attend it would be this one. A lot changes in a year and so a presence at MYS is vital in order to catch up with existing clients and hopefully gain new ones. It provides an opportunity for me to showcase my latest designs in the presence of like-minded individuals. 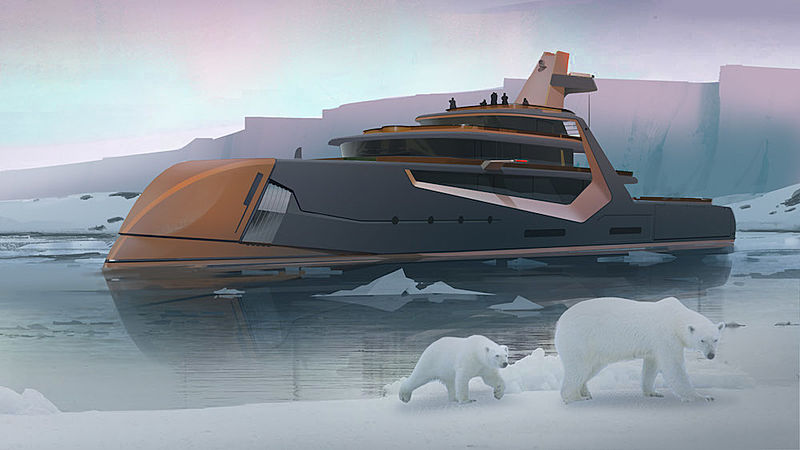 Find out more about the Time concept from 28th September to 1st October at the 26th edition of the Monaco Yacht Show.