Home > News > Herbert Dahm – a man of many innovations

On Saturday January 19 Boot Düsseldorf will open its doors and one of the long time exhibitors and founder of this show is Herbert Dahm of Dahm Interational. In his long yachting career, Dahm and his team sold over 2,000 ships of which many were of the famous Jongert brand. 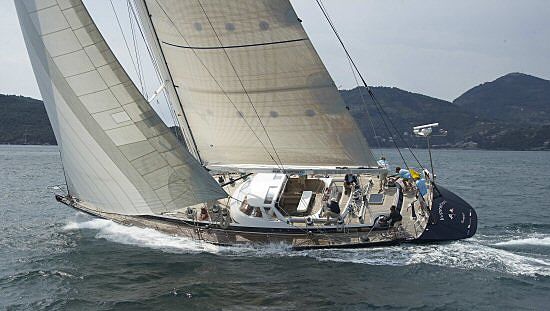 Herbert Dahm started out his career in selling TVs and radios. Sailing was still just a hobby. He went on to develop the first electronic billing machine in Germany and developed special financial software. Dahm was also one of the founders of Modul, a company that makes, among other things, high quality aluminum profiles which are used for exhibition stands at (yacht)shows worldwide.

“When I was in my forties I left my company in the capable hands of my people and decided that it was time to go sailing. I had owned yachts since I was 13, but now I was looking for a yacht with more comfort. I could not find what I was looking for as most sailings yachts in those days were not very comfortable. They hardly had any windows in the hull” says Dahm.

Dahm continues; “Everything I had in my mind was unusual and then I met Jan Jongert of the Jongert Shipyard, who was prepared to build my yacht. Jan Jongert offered me to become sales agent for Jongert and I accepted this offer. This was in 1967, 40 years ago! After completion I took the yacht to the boat show in Düsseldorf and very quickly I started selling many yachts to my German friends and international clients.”

Herbert Dahm has been the exclusive marketing and sales agent for Jongert for 35 years and during this period, build 5 Jongert yachts for himself. A few year ago he took a step back, but they still work together on various projects. Dahm also still owns two Jongert yachts himself; the small True Love and the Jongert 2200S Inspiration.

True Love is a small Jongert, which was used as tender to the Benetti My Way. The yacht was stored on top of the sun deck. “With True Love we won the day race of Copa Del Rey. That day the king of Spain was number one in the A class and I won the B class” Dahm proudly says. 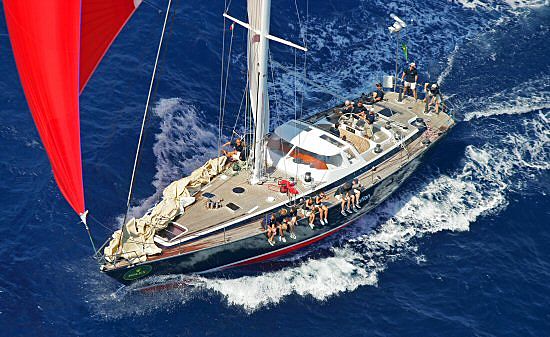 Inspiration is Dahm’s private yacht with which he won the Jongert Regatta in 2007 and he also has won Les Voiles d’Antibes 3 times.

One of his favourite yachts is also the Jongert 30T Black Molly III. She is exclusively for sale with Dahm International; she was taken in exchange when the previous owner purchased a 40m Jongert yacht.

Dahm has not only been involved with Jongert, but also with the Benetti shipyard. He himself owned the Benetti Classic 115 My Way (now Aladina). Dahm explains: “Mr Paolo Vitelli asked me if I was interested to work for them. He showed me the Benetti Classic 35 and I liked it right away. It was a very complete design, perfect for me, so I ordered one and made only small modifications. The biggest change was to store a sail boat (True Love) on the sun deck. With this yacht I went around the world, visiting 12 yacht shows. Since then, many yachts of the same model as My Way have followed and Benetti is still building them today.”

We close our conversation with four questions for Herbert Dahm: 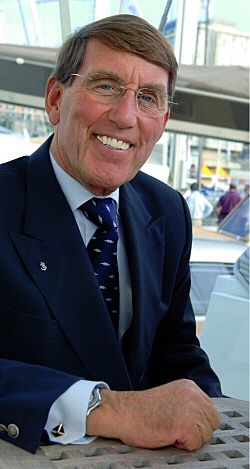 SYT: What types of innovation did you put onboard your yachts?

Herbert Dahm: “Inspiration was one of the first yachts to use of a stern hatch through which the tender is brought from the garage on board and which also serves as a swim platform.”

“When we race, the sails onboard Inspiration do not have to be stored in our cabins, because the bilge tunnel, under the forward cabins and bathrooms, is used as the central sail stowing space.”

“We also build a jet bow thruster in a Jongert, this was Black Molly II in 1974. These jets were very quiet. They pushed water out and were the first bow thrusters used , the next step was to use propellers.”

SYT: In your opinion, what is the biggest change over the years in the yachting industry?

Herbert Dahm: “A lot has changed since I started 40 years ago. In the early days racing was not a thing for normal people, you only had the America’s Cup!”

“Most yachts were build for cruising, but these days a lot of yachts are a good combination of cruise and race boats, like my own yacht, Inspiration. This is of course made possible because you have much lighter materials, like carbon hulls, masts, riggings, boom, etc. “

SYT: In our industry, what should change in the future?

Herbert Dahm: “In the future we should cut down on fuel consumption. The climate change is a serious matter, and not only cars should go hybrid. Also in the future (in the longer term) yachts should use less fuel instead of the hundreds of liters an hour to sail from Antibes to Saint Tropez. I think we will also see more and more displacement yachts in the future.”

SYT: Are you considering building another yacht for yourself in the future?

Herbert Dahm: “I don’t know yet, because Inspiration is perfect for me. I can think of a few minor things I would like to change on a new boat, but not much. When I will build a new boat, I would want to drive it with two generators with two pump jets. Then you can drive the boat in any direction at any speed without using lots of fuel. This could be an idea….”