True innovation in custom yacht building is well and truly in the hands of the owner. Of course, any number of innovations can arise and be put forward, but at the end of the day if the owner doesn’t quite see the benefit - or doesn’t fancy another potential additional cost - then the innovation will not be implemented on board their brand new superyacht. With this in mind, one shipyard particularly stands out as ideally situated to be at the forefront of new build innovation regardless of the high hurdles: Feadship. 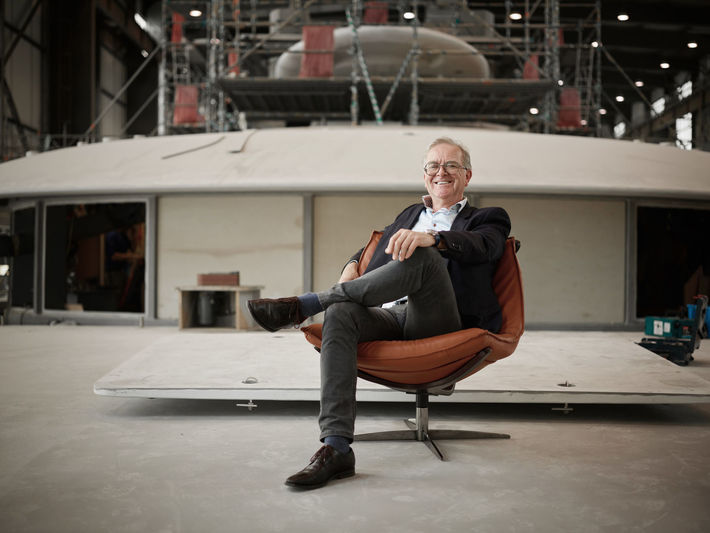 At the root of this statement is a combination of an enviously prestigious reputation, years of experience, and a client list that reads like the whos-who of the world. Already well accustomed to creating everything from scratch, the Dutch yard is equipped to not only offer the craziest new features and smartest systems on board but also meet challenging, unique client demands. I caught up with Feadship director Henk de Vries, CEO and shareholder of Koninklijke De Vries Scheepsbouw, and fourth generation of the De Vries family, to hear more about how, and why, the 169-year old brand has succeeded in being at the forefront of innovation.

“The people we deal with are the number one professionals in the world in their own business,” De Vries begins. “But they are less experienced when they come to their yacht because it is not what they do. When you build custom boats like we do, with clients whose thoughts are probably worth €10,000 an hour, those thoughts are projected onto the project that we are jointly creating. Inevitably, something brilliant has to come out of it.” 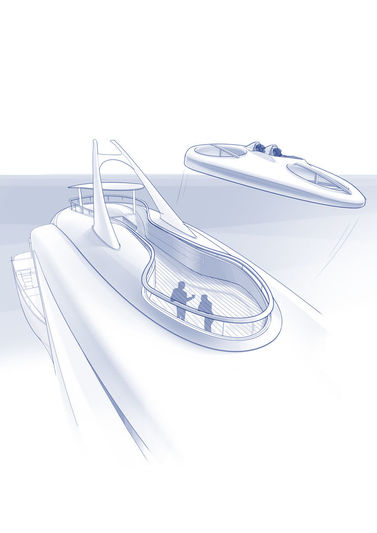 It is this partnership with the world’s very best business and creative minds that allows Feadship to consistently deliver unique project after unique project. One quite obvious example is the 78-metre Venus, originally constructed for Steve Jobs. He was an integral part of the design process alongside Philippe Starck, and the highly private superyacht is still lauded five years later for her eye-catching design and innovative use of glass. De Vries and the Feadship team were also a vital component in establishing what was to become Venus: “Steve was working with us for a year and a half, and then Philippe came in and made it beautiful, but first it was a properly functioning machine.” 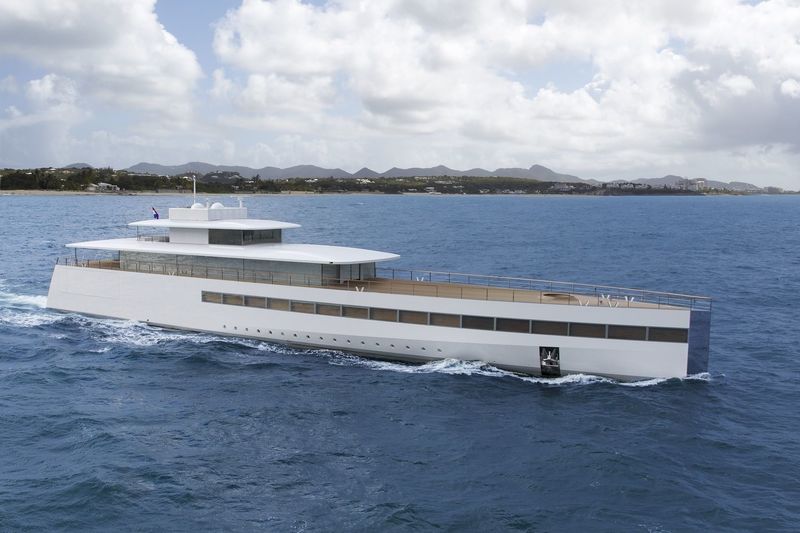 Demonstrating that the owner really is the conductor in the whole custom build process, De Vries tells that a contrast of opinion between client and shipyard can cause a passionate difference of opinion, but ultimately it is the recipe for the most impressive yachts on the water. “We have had disagreements as you can imagine,” De Vries remembers. “If a client really has an outspoken opinion on what the boat should look like, it means they have thought about it. That’s wonderful - I really enjoy that. When you have an opinionated customer who knows what he wants to create, and you put him together with Feadship, as I said, the best boats are created.”

The innovative aspects of Venus in terms of design and use of materials are clear - despite the fact that details of the coolest features she no doubt houses has never been released. In fact, some of the most innovative features on board many yachts are ones that will probably always be under wraps or invisible to the eager spectator looking from the sidelines. One of which is a project that is currently in build at the yard in Aalsmeer. “This client is challenging us in regards to his AV systems on board,” De Vries explains whilst looking over her complex three-year build schedule. “With this one, we’re actually physically modifying the structure to accommodate the speakers because there are so many and they are so powerful. You must incorporate these kinds of innovations with AV and technology at the very beginning. The AV aspects of this project were decided a couple of months after her contract was signed in 2015.”

Hidden albeit substantial, Henk notes that in reality the most common form of innovation is seen within seemingly inconsequential, small things “like the blinds on Savannah, made out of metal but on a curved window.” The innovation being the answer to the question: how exactly do you get out on the sea without those metal blinds rattling? “You can spend hours thinking about that,” Henk replies, “and we do, indeed, have people at Feadship who spend hours thinking about that.” Small, yes, but retrospectively significant due to the effect on the overall guest experience, and due to the understandably conservative nature of the majority of superyacht clients, the most common.

Though clients that take big risks are few and far between, the 83.5-metre Savannah completed in 2015 is demonstrative of a project that took a relative risk. From her hybrid propulsion system, again that innovative use of glass in her design, to her aforementioned blinds on board - she’s certainly a Feadship that ticks a lot of boxes. “Savannah really stands out to me as one of our most innovative projects. The system of propulsion was not invented by us. It was implemented on two 200-metre passenger boats in Japan as an example of hybrid technology and efficiency in commercial shipping. Our guys in the design and knowledge departments liked it - yes, we have a knowledge department - and they suggested it to the Feadship concept people who produced a couple of concepts including this system. I personally liked it a lot, so whenever I had a client that I thought would be game, I put it forward. Inevitably the question is: have you ever done it before? I tell them, ‘No, that’s the whole point, we want you to be the guinea pig,’… it takes a while to get off the ground.” 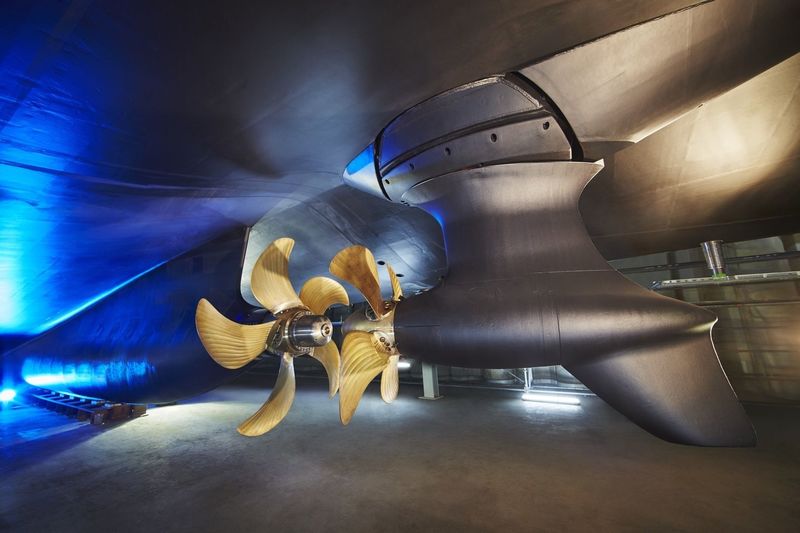 So what was it about the owner of Savannah that made him take the plunge? “Actually, the client came to us and told us that he had seen the propulsion system on a couple of our concepts. He had a highly qualified and slightly nerdy engineer on his side, so I put him together with our Feadship nerds and together they flew out to Japan, and we took that concept and made it yacht specific. That sounds simple, but it isn’t. It has to make no noise, it has to be easily operated by the yacht crew, not a commercial crew so, in other words, it has to be foolproof. And it has to look super-nice.”

With the industry-wide acclaim of Savannah a testament to the Feadship team blowing the goal of ‘nice’ out of the water, and considering the environmental hot topics in the world right now, the question stands: why are there so far few subsequent Feadships boasting the same propulsion system? Well, again, it all ultimately comes down to the owner. “We do several hybrid boats, but I was expecting that after Savannah, a lot more of our boats would be hybrid,” De Vries muses. “The funny thing is, when people come to a motor yacht builder, they have already decided they will be on diesel engines. The first thing they ask me with these things - 95% of them - is how much does it cost? I tell them it’s more money, but you save a lot of energy so you make it back in the long term… but most do not want a couple million more on a hundred million project. They are still reluctant.” 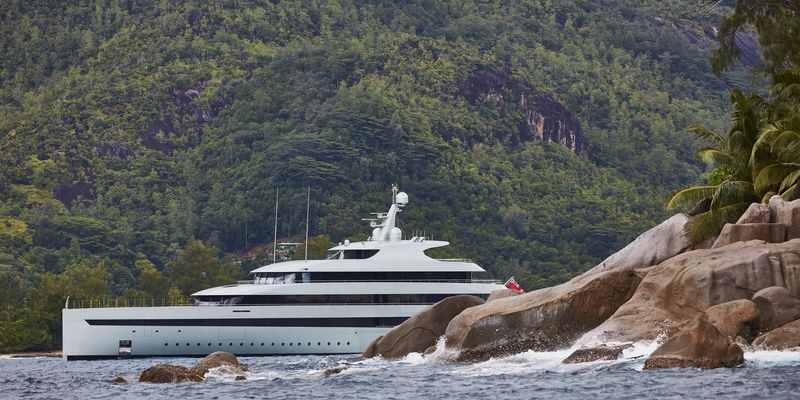 Savannah in the Seychelles

On the topic of the environment and what exactly the industry can do to promote greener yachting, it is the sailing yacht market that is often noted as the leaders in the respect - for obvious reasons. This, De Vries says, “is one of my biggest frustrations.” Why I ask? “For the life of me, I do not understand why the sailboat builders have such difficulty generating business. When is the last time you saw an exciting sailboat? Sailing Yacht A? It’s ugly, but at least it’s exciting. Then there was the Maltese Falcon, which was lying on a shelf in Turkey for 10 years before someone bought her and turned her into a boat. These are examples of energy conscious enjoyment of the water, so I’m very surprised that the part of the market that was the most innovative and the most client-driven, kept building all of these boring boats.”

And what about Feadship, is a sailing yacht on the horizon? “Over a certain size,” De Vries states. “A 60-metre motor yacht is comparable to an 80-metre sailboat, so something like that. Something over 1,000 GT.” 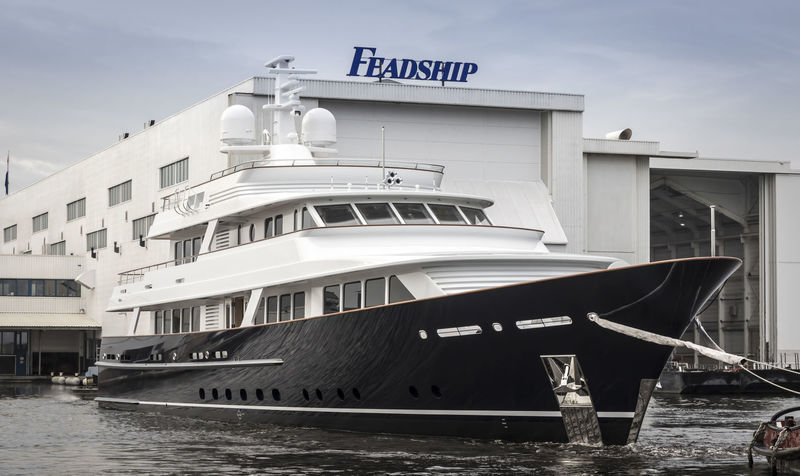 So, no sailing yachts as yet for Feadship, but of course a full shed of exciting projects underway - all of which are unsurprisingly confidential. And what else could we expect from a yard like Feadship in the future? Who knows, maybe the brand will venture into unknown territory to flex those innovation muscles sometime in the near future without the hurdle of the client… Or perhaps the mastery of that hurdle is what makes Feadship, Feadship. Either way, we can be fairly confident that Feadship will continue to attract brilliant mind after brilliant mind, consistently collaborating to deliver something, well: brilliant.

This article was featured in the latest Innovation Issue of the SuperYacht Times newspaper. Subscribe now to receive your copy straight to your door and never miss another issue!