Following the FLIBS event last month, I thought it would be a good time to take a brief look at the largest yachts constructed in the USA from the 19th century to the modern era of the superyacht. It is important not to forget that the advent of satellite communications in the 1970s signalled the emergence of the modern superyacht market as we know it today. 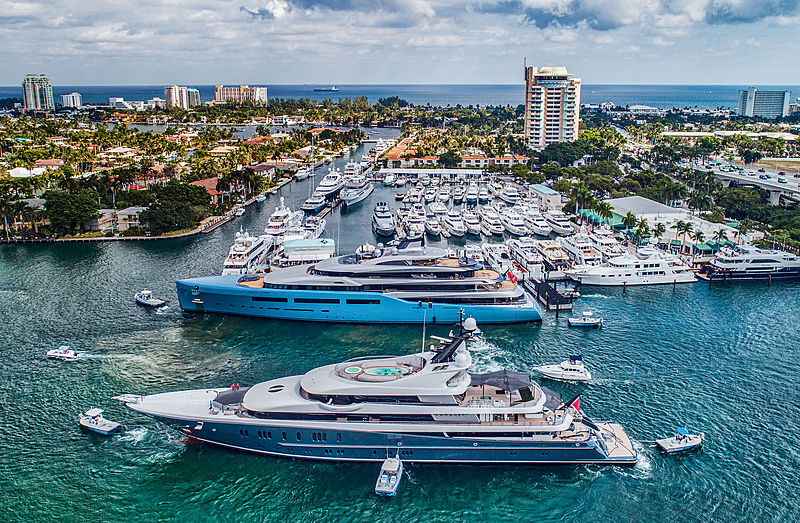 Photo: Informa US Boat Shows (US Boat Shows)
Although production of large yachts (150 feet, or 45.72 metres, and over) in the USA commenced with the launch of the 84.1-metre North Star steam yacht built by Simonson, (Greenport, NY) in 1852 and followed by the 76.2-metre Voyageur de la Mer by Holden & Gallagher (East Boston, MA) in 1858, it was not until the 1880s that we saw an increase in the numbers delivered.  Let’s take a look at some basic statistics before we go further.

In the post-war period from 1945 to 1980, only a handful of vessels were completed including a number of World War II conversions of former naval craft. However, from 1980 until the end of the 20th century, there was the start of an upturn in numbers with the establishment of several new yards. 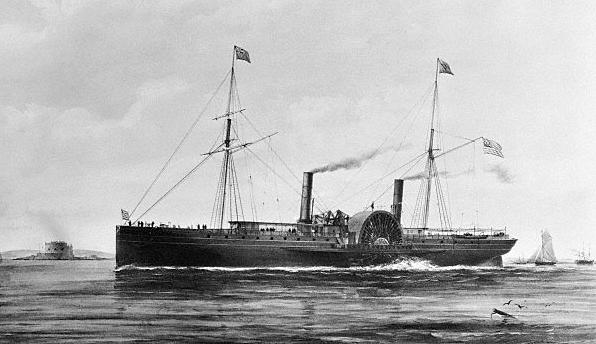 Built for George F. Baker Jr as the first turbo-electric powered yacht. She later came under the ownership of Norman B. Woolworth as Noparo but became a war loss in 1944.

Built for Cornelius Vanderbilt, North Star was the first very large yacht built in the USA. Converted to a passenger vessel in 1854. She was renamed Three Brothers in 1866 and later became a coal hulk at New London, Connecticut.

Built for Eldridge H. Johnson as the second vessel of this name, the first was a 52.1-metre constructed by Lawley in 1926. She was later known as Moana and Hilo in 1941, before being broken up in 1958. 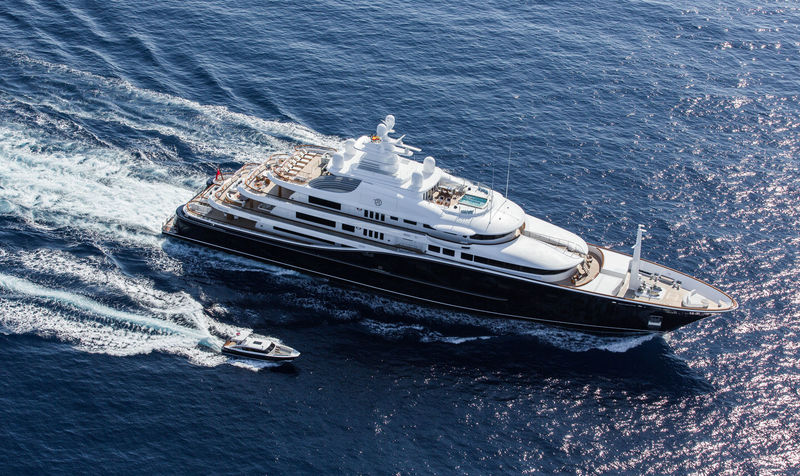 Aquila is by a wide margin the largest purpose-built yacht from a United States shipyard in recent history, not only by length but also by volume, as she measures 2,998 gross tons (GT). She was completed as Cakewalk and sold to her current owners and renamed Aquila in 2014. Her exterior was designed by the renowned British designer, Tim Heywood. 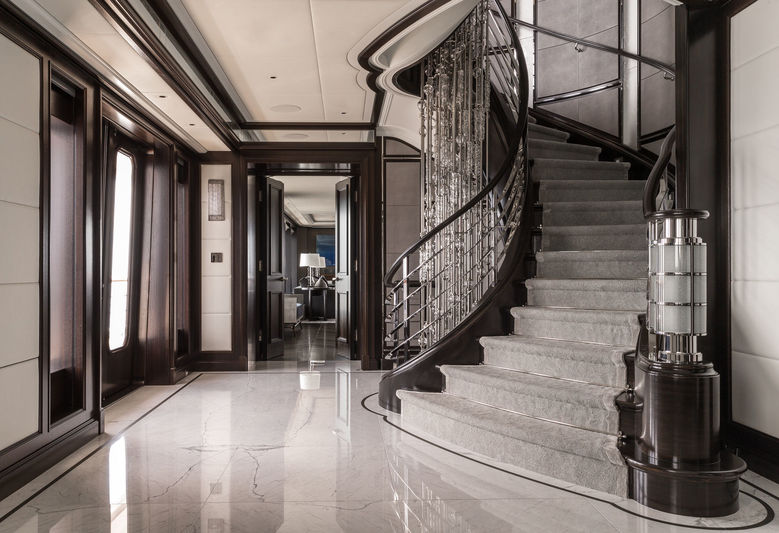 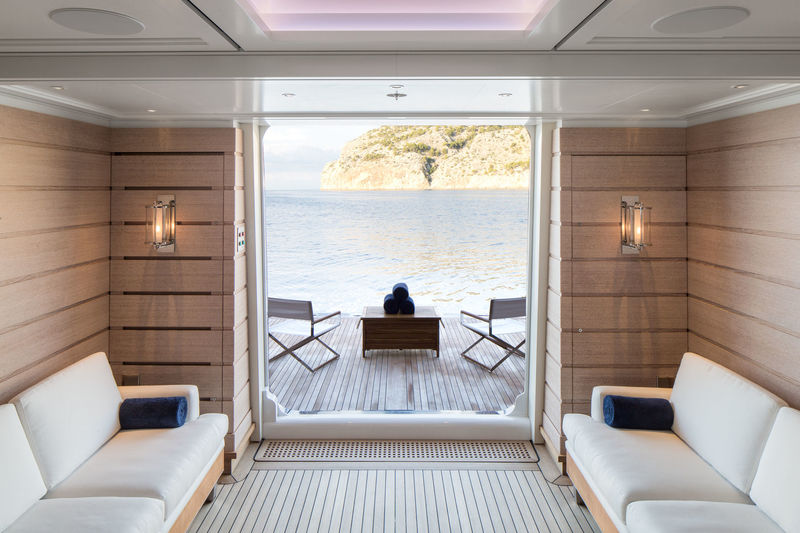 Built for Howard Gould, she became a US naval hydrographic vessel in 1918 and was sold for scrap in 1933. 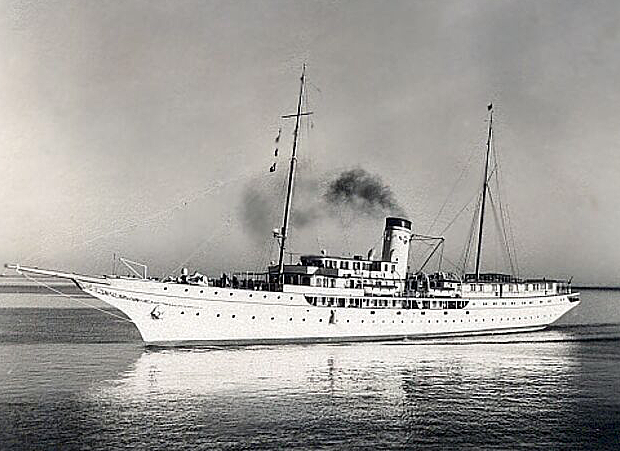 Built for William K. Vanderbilt, she sank after a collision in 1892.

Built for Richard M. Cadwalader Jr. as the third vessel of this name. She was later named Alder and converted to a banana carrier in 1953. She became a total loss in 1961 after springing a leak.

Built for J. Pierpont Morgan Sr. She was the third of four Corsairs completed for the Morgan family. Became the US survey ship Oceanographer in 1930 and was broken up in 1944.

Built for J. Pierpont Morgan Jr. The largest US-built yacht (measured by length overall). Converted to a passenger cruise ship in 1946 after war service. She was wrecked off Acapulco in 1949. 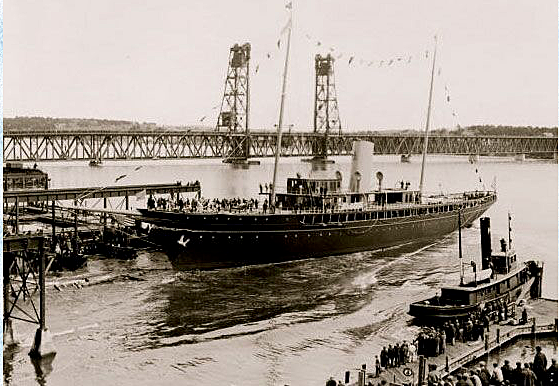 Photo: Malcolm Wood Yachting Archive
NB – apart from Aquila, all the above yachts were steam-powered vessels. The largest sailing yachts included the 73.2-metre Bretagne built in 1881 by Malster & Reaney, the 55.1-metre Shenandoah built in 1902 by Townsend & Downey and the 1930-built Black Douglas.

This article was first featured in the latest edition of The SuperYacht Times newspaper. Subscribe now to receive your copy straight to your door and never miss another issue.

Gone but not forgotten: superyacht losses since the end of WWII

In Pictures: FLIBS 2019 kicks off in Fort Lauderdale

Insight: What is American superyacht style?