Home > News > The history of the all-American motor yacht Shogun

SuperYacht Times’ in-house yacht historian Malcolm Wood looks at the story of a 1930 US-built classic that was once a well-known charter yacht. Shogun was one of a number of large American-built motor yachts of 100 feet (30.48-metres) and the last to enter service in 1930 following the US stock market crash of 1929. This particular yacht was built by George Lawley & Sons of Neponset MA to a design by Tams Inc. for the New York-based owner A.C. Murphy.

Photo: Malcolm Wood Yachting ArchiveHer overall length was 133.0 feet (40.54-metres) with a beam of 22.0 feet (6.71-metres) and a draught of 8.5 metres (2.59-metres). Her hull was constructed from 12mm steel rivetted on steel frames with a steel and mahogany superstructure and teak-laid decks.

Shogun was originally powered by twin six-cylinder Winton diesels developing 750 hp each. In 1969 these were replaced by twin V-16 cylinder General Motors diesels that provided the yacht with a top speed of 15.5 knots and a cruising speed of 14 knots. Her range was 2,600 nautical miles at cruising speed. 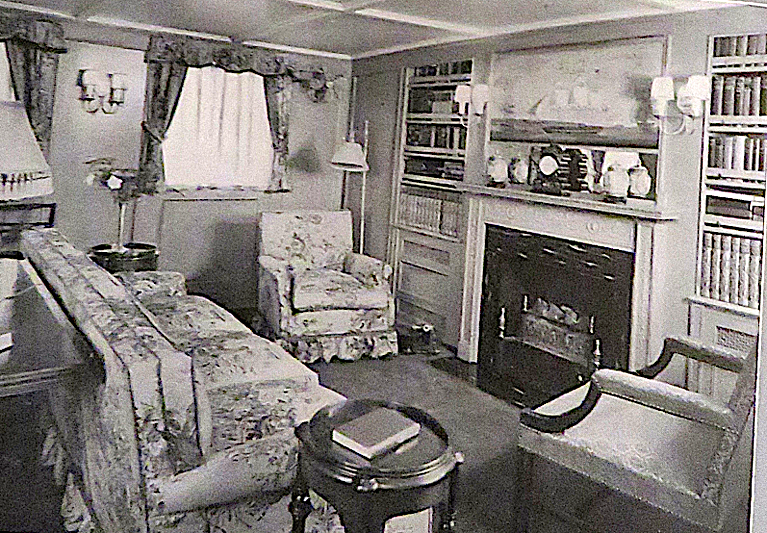 Photo: Malcolm Wood Yachting ArchiveAccommodation was provided for 11 guests in four double staterooms and one triple, each with its own private bathroom. Crew accommodation forward was for nine with a captain’s double cabin located aft of the bridge.

Shogun spent her early years on the Great Lakes and was rumoured to be owned by Henry Ford in the early 1930s, but it is more likely that he leased or chartered Shogun rather than owning her. Shogun was sold in 1934 to Mrs Joseph F. Moran of Florida and renamed Naroma.

The yacht would then change hands again a couple of times prior to World War II. Mrs Moran sold Naroma in 1935 to Alfred Cohen of New York who registered the yacht as Centaur owned by Centaur Inc. 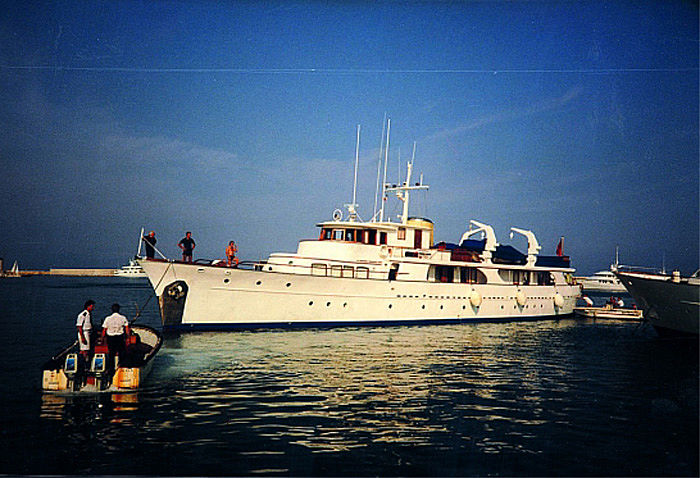 Photo: Malcolm Wood Yachting ArchiveCohen, however, only kept her for just over a year prior to selling the vessel to A.O.R. Baldridge, who was also from New York. Baldridge was an established owner of large yachts and he renamed the yacht Cleopatra.

The next event in the yacht’s life came when the Canadian Government commissioned her as HMCS Moose in 1940 and she was put to use as an armed yacht run by the Canadian Navy.

Photo: Malcolm Wood Yachting ArchiveDecommissioned in 1945 following the cessation of hostilities, the yacht was sold in 1946 to Marine Industries Ltd. of Sorel PQ, Canada (owner Joseph Simard) and renamed Fraternitie. A period of stability followed before she was sold to an American buyer (W.E. Pennick) in 1956.

Now under the name of Ottelia, the vessel would be sold to a further two Americans under the same name before being acquired by Samuel Johannanoff who renamed her Eretria. Jean-Paul Papanicolaou was also believed to have owned the yacht in the early 1970s and the American Bennett S. LeBow owned her as Candida prior to having his new yacht delivered from the UK. 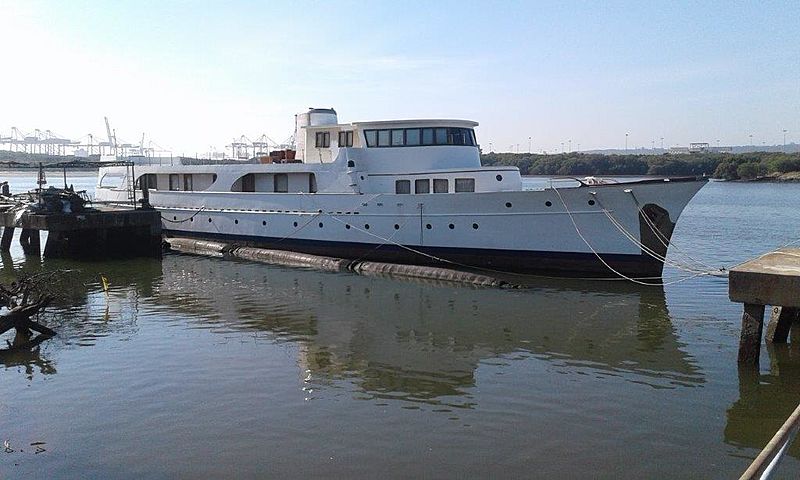 Photo: Ocean TechnicalIn her later years as a successful charter yacht, she operated in the Mediterranean and was known as Candida A. Around 15 years ago, she was sold to a South African casino operator and sailed to Durban to undergo a restoration and rebuild (the yacht had previously undergone major refits in 1968 and 1974).

Although a substantial amount of work had been undertaken on the superstructure up to last year, it was reported in 2019 by SuperYacht Times that Uthingo had sunk at her mooring with the cause yet to be reported. Sadly, another yacht with an interesting history appears to be no more.