Home > News > Royal Yacht Britannia: A look back in history

Following the recent death of His Royal Highness The Prince Philip, Duke of Edinburgh, rumour has it that the British Government wants to construct a new Royal Yacht in Prince Philip's honour. With an estimated cost of £200 million, the news has certainly caused a splash.

SuperYacht Times takes a look at the history of the Royal Yacht Britannia and its impressive superstructure, while noting new design concepts from the likes of Winch Design about a successor yacht, about which rumours have abounded for some time. 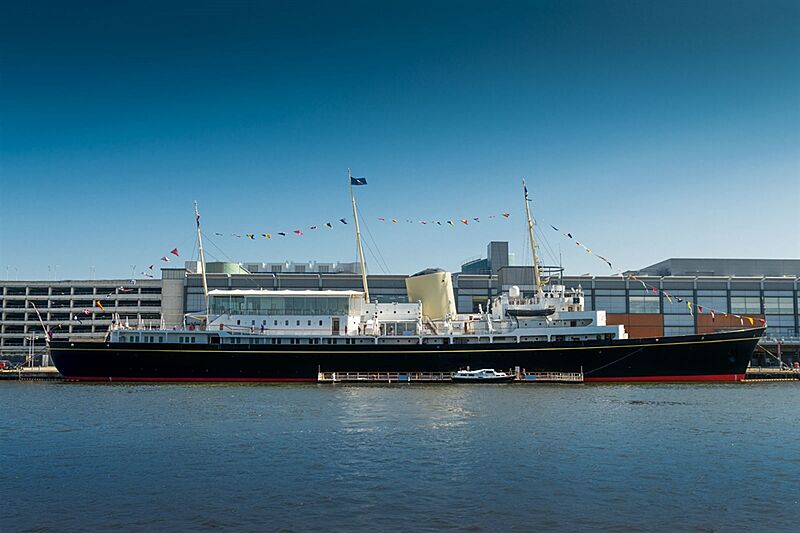 Following the decommission in 1939 of the Victoria & Albert III, Britannia’s predecessor and first Royal Yacht not powered by sail, it was decided that a new Royal Yacht should be commissioned to travel the globe in both tropic and arctic waters, whilst doubling as a hospital ship in case of war.

In 1952, the Royal contract was given to the world-famous John Brown & Co shipyard in Clydebank, Scotland, by the Admiralty. Commissioned with dual purpose in mind, Britannia’s designs had to be developed simultaneously for both Royal Yacht and hospital ship roles, with the best arrangements to meet both requirements. To help with this grand task, John Brown & Co appointed A. McInnes Gardner & Partners as their decorative architects for Britannia’s interior. 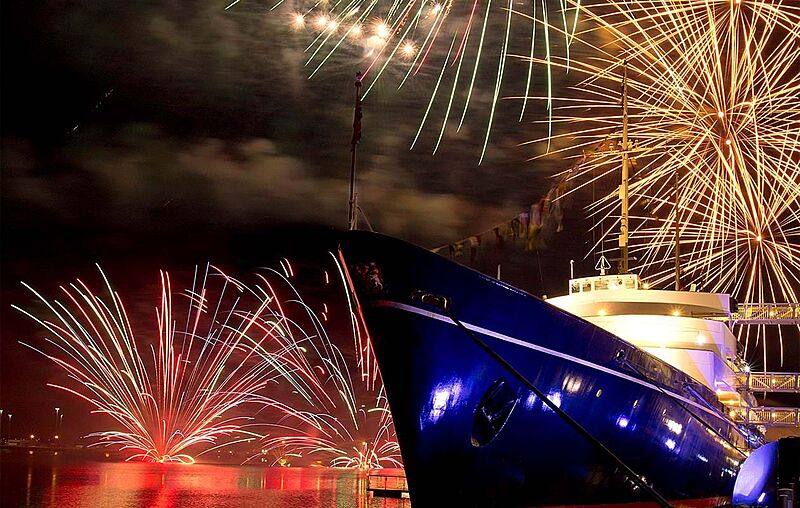 Despite being a Royal Yacht for the Queen, Britannia was fitted with ship stabilisers, air-conditioning units, large 24-hour laundry facilities, and comparatively high speeds in case of her conversion to hospital ship. Under this pretense, she could accommodate up-to 200 patients.

Britannia was given a modern appearance with a clipper bow and modified cruiser stern, moving away from the more traditional appearance associated with Royal Yachts of swan bow’s and counter sterns. She was, however, built with the three mast requirements of a Royal Yacht, where the Royal Standard is worn at the Main, the Flag of the Lord High Admiral at the Fore, and the Union Flag at the Mizzen. 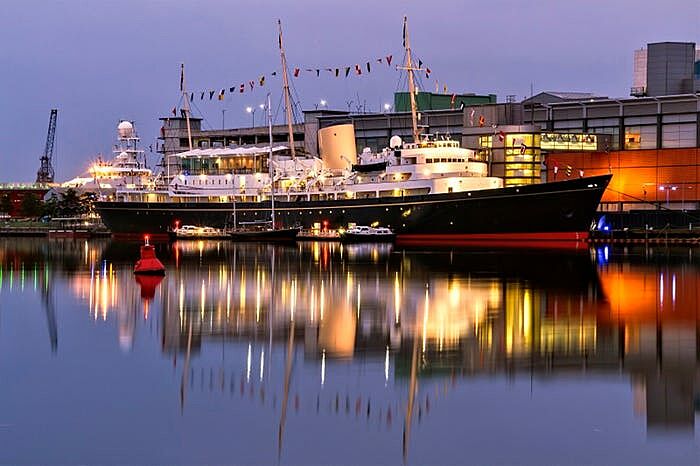 The 126-metre Royal Yacht Britannia, weighing 5769 GT, was powered by 12,000 shaft horsepower engines enabling her to reach speeds of 22.75 knots, or a seagoing cruising speed of 21 knots. Including extra tank capacity, she could carry 490 tons of oil fuel and 195 tons of fresh water, sufficient for long ocean voyages.

The royal apartments, located on the shelter deck, featured a veranda leading onto a sun deck, with a staircase leading to the upper deck where Her Majesty and His Majesty had sitting rooms, a grand dining-room hosting up-to 56 guests and a drawing room, with the possibility of opening all areas into one large reception space. On the main deck were the household and guest staterooms, while royal staff are accommodated on the lower deck. 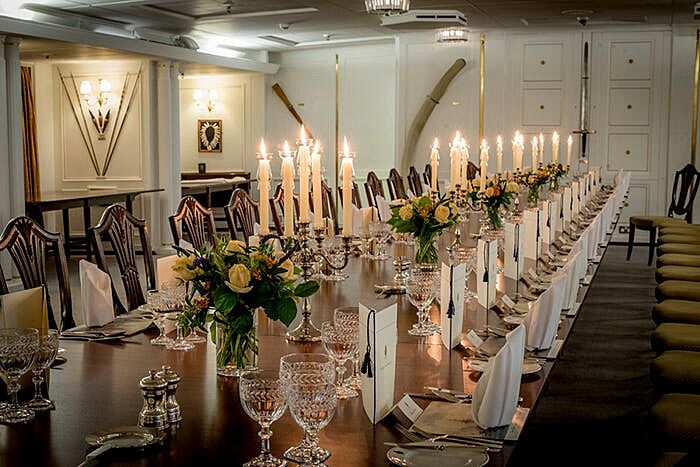 The Royal Yacht Britannia was captained by the Admiral, who was in charge of some 19 officers and 220-250 yachtsmen on board. Whilst Britannia was designed as the Queen’s personal ship, she served multiple purposes and was used for royal honeymoons, state functions, ambassador to British business - hosting world-leading business and political figures to promote trade and industry around the globe - and even helped evacuate British nationals and others from Aden, South Yemen in 1986 following an outbreak of civil war. 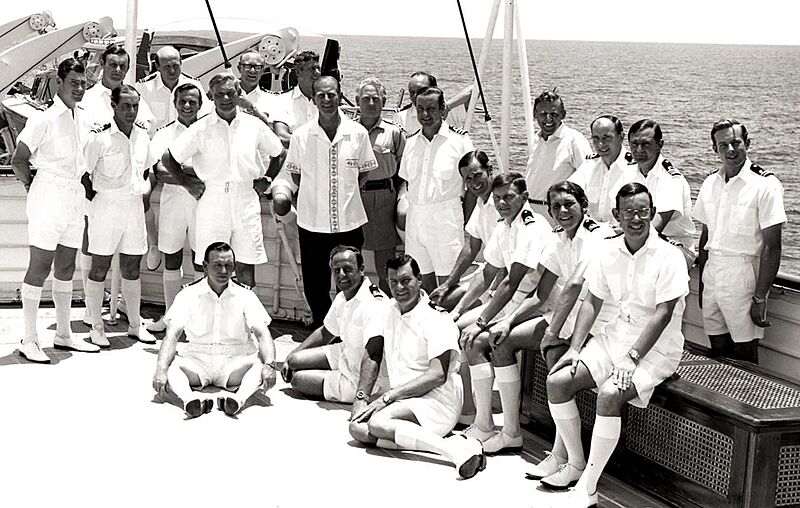 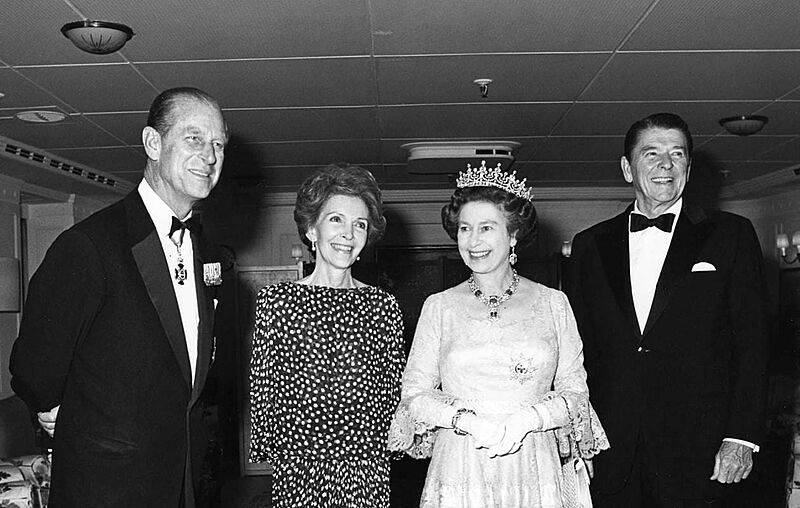 After Britannia’s launch in April 1953, her final touches were added and she began sea trials in November 1953 off the West Coast of Scotland. Upon successful completion, she was commissioned into the Royal Navy on 11 January, 1954.

Before her decommission in 1997 by the sitting British Government at the time, Britannia made over 696 foreign visits to over 135 countries, and 272 visits in British waters, steaming over 1,087,623 nautical miles, equivalent to round the world once every year of her service. She is now permanently berthed in Edinburgh, open for tourists to view. 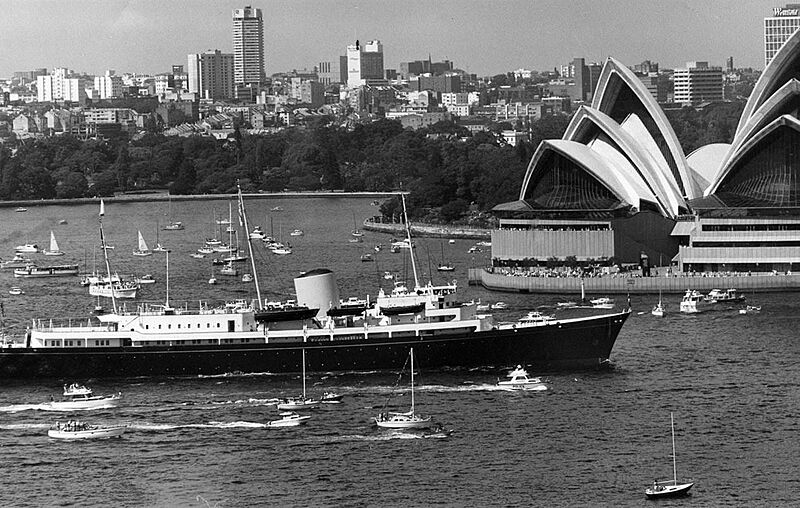 Since 1997, there have been multiple new yacht concepts, outlining a potential design for a future Royal Yacht. These discussions have since picked up pace following His Majesty’s death. In 2016, British studio Winch Design revealed its designs - initially launched in 1997 - for a successor to the Royal Yacht Britannia. The new-design superyacht would be 150-metres in length, and feature a red hull, navy topside, and white superstructure to look suitably patriotic. Key features would include an aft-deck helipad, superyacht staircase into the foyer, and additional interior space with a timeless design to accommodate grand parties. 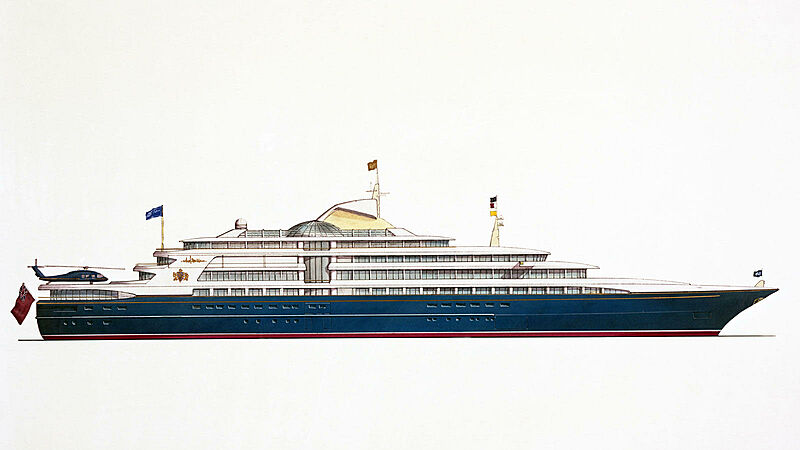 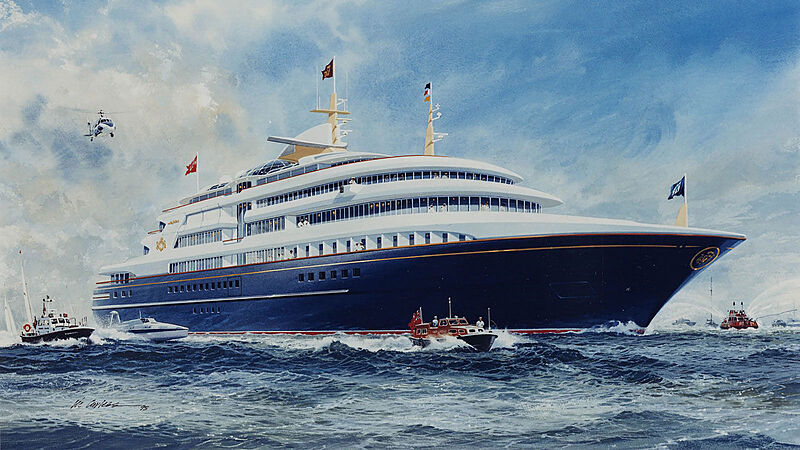 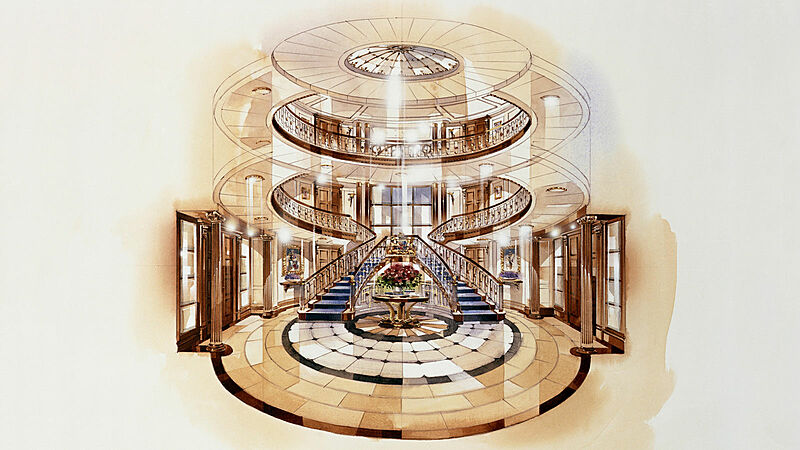 Photo: Winch Design Only time will tell if we may, one day, see a new Royal Yacht.