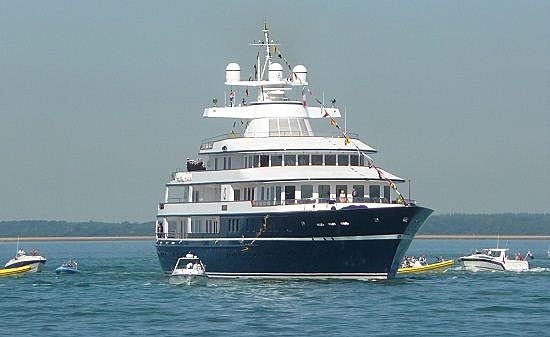 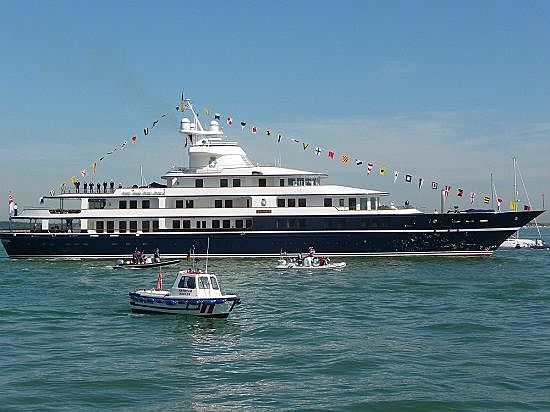 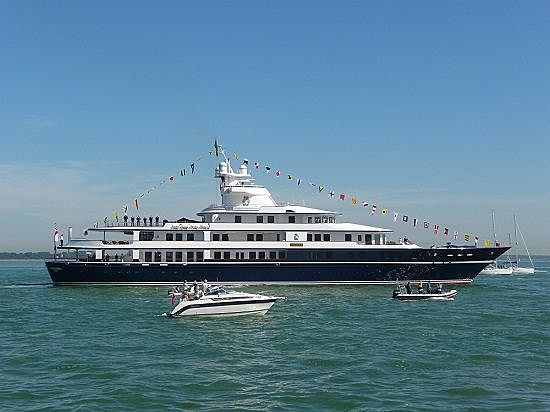 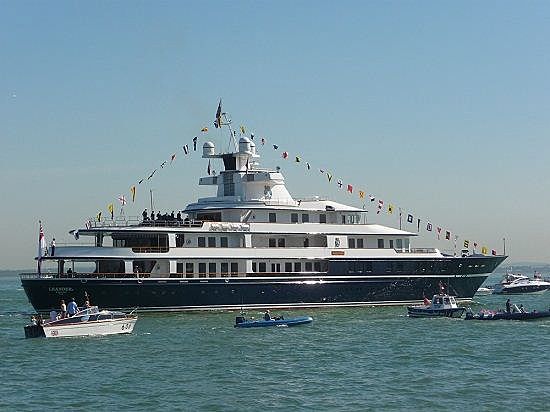 The entire crews of the superyachts performing in the Superyacht Regatta stood lined up on the foredecks and gave 3 cheers to The Queen as she sailed passed. SuperYachtTimes.com's Richard Callender, who crewed on superyacht Mari Cha III for the occasion, took these picture taken from Mari Cha III's foredeck.