Hoek Design in the Netherlands will celebrate its 25th anniversary in August 2011. The leading design and naval architecture office is still run by its founder, Andre Hoek, who today shares the boards with a range of specialists from across the spectrum of luxury sailing and motoryachts. The company will mark its silver jubilee in style by hosting a special Hoek Design Cup event within the Superyacht Cup in Palma in June. Eight superyachts designed by Hoek Design have already agreed to participate and more are expected to confirm in the coming weeks. 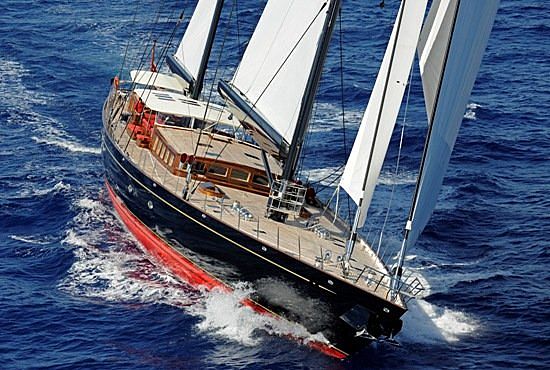 After graduating as a naval architect, Andre Hoek started his design career in 1979 with [email protected] Yachts in Toronto. The Hoek Design office was officially opened in August 1986 and three years later moved to its current location in a spectacular 16th century building in Edam, a Dutch city famous for its cheese and architecture. The design team consists of ten naval architects, hydrodynamicists, structural engineers, interior designers and stylists.

Andre now shares the office helm with partner and technical director Ruurt Meulemans. The present portfolio of Hoek Design covers a wide variety of design work, from classic to modern styled sailing and motoryachts for both cruising and racing. Current new projects include a 30 ft daysailer, a 66 ft daysailer, a 148 ft ketch, a 158 ft sloop, a 200 ft sloop and two motoryachts.

The first years of Hoek Design concentrated on the Dutch market for traditional gaff rigged sailing yachts with leeboards, yachts that Andre had raced successfully as Dutch open champion in various classes. While the early design work focussed on optimising the performance of existing yachts, new designs were soon being made, tank tested and wind tunnel tested, then optimised by an in-house developed velocity prediction program. Over the past quarter of a century more than 300 of these new craft have been built to Hoek designs and the yachts continue to dominate the racing scene. 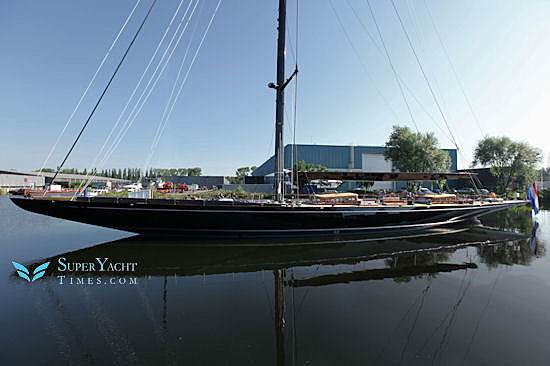 It is for this client base that Hoek Design started to draw oceangoing classic yachts in a similar way, combining excellent performance with a strong emphasis on styling and perfection in detail. The office was one of the first to develop a concept of classically styled yachts above the waterline with high tech underwater configurations, optimised and fine tuned for speed and manoeuvrability. Early successes included the 70 ft sloop Joss and the ketch Kim', followed by a string of Truly Classic yachts, a brand name that is now widely used internationally for these craft. Over 80 such yachts are now sailing in lengths between 30 and 210 feet, making Hoek Design market leader in this style. 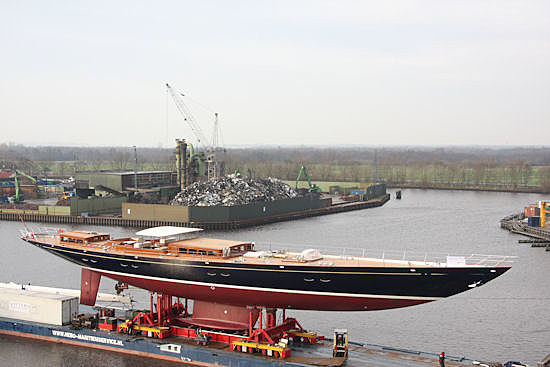 The ongoing success of Hoek Design was inspired by its clients, many of whom became and remain repeat customers whose yachts have grown in size over the years. Landmark designs include:

Over the past 25 years many of these yachts have won and been nominated for prestigious international superyacht design awards. With countless exciting projects in the pipeline, the next quarter of a century promises much for Hoek Design and its global fleet.