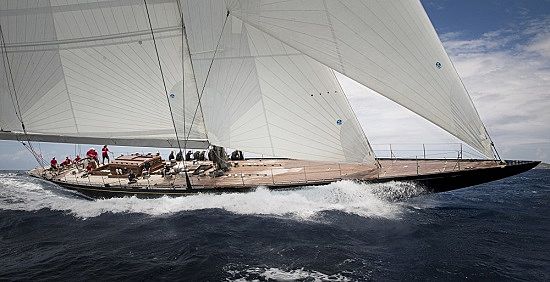 Commenting on the predicted performance of the J8, naval architect Andre Hoek says, “When Frank Paine originally drew this vessel in 1935, he was prepared to take a sail area to displacement penalty in order to gain the extra length required. By optimising the design for the modern handicap rules of the JCA, we paid enormous attention to J8’s stiffness to weight ratio and lightweight aluminium hull.”

In addition to the soon-to-come launch of the J8 vessel, other exciting news in regards to J Class includes the recent invitation to take part in the iconic America’s Cup being held in 2017.