Holland Jachtbouw is preparing the launch of their latest J Class – J8. She will now bring this iconic fleet total to eight boats on the water around the world. 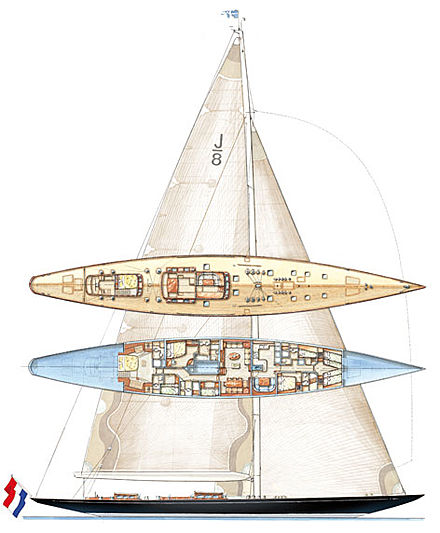 This latest addition to the J-class revival is set to rewrite the books in terms of performance according to a special software program devised by Hoek Design that compared all the J designs from the 1930s. It calculated that J8 was the best performing overall, with the smallest wetted surface and highest keel aspect ratio as well as longest LWL.

Commenting on the predicted performance of the J8, naval architect Andre Hoek says, “When Frank Paine originally drew this vessel in 1935, he was prepared to take a sail area to displacement penalty in order to gain the extra length required. By optimising the design for the modern handicap rules of the JCA, we paid enormous attention to J8’s stiffness to weight ratio and lightweight aluminium hull.”

Once launched J8 will join her stablemate Rainbow on her return to Europe from racing in the Caribbean at the end of May.