Horizon Yachts has announced the construction of its latest superyacht, the CC98, which is currently in build for a four-time Australian owner. Sporting a similar exterior style to the Horizon E-Series yachts at the owner's request, the motor yacht has been customised to her suit her owner's desires, who has previously owned a Horizon CC80, E84 and an E88. The adventurous 29.87-metre vessel has been designed with long-range cruising in mind and will house both a helicopter and a submarine on board, with delivery for the vessel expected for early 2021. 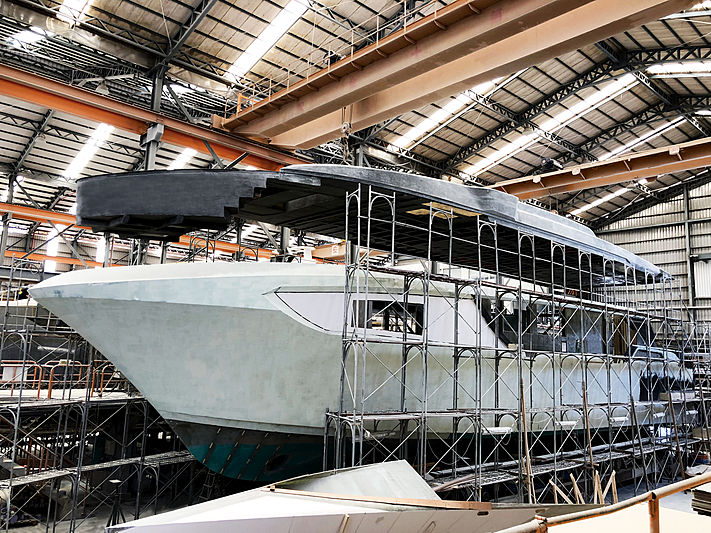 Photo: Horizon YachtsWith exteriors from the drawing boards of Dutch studio Cor D. Rover, the owner requested that the interiors be similar to those seen in Horizon's FD Series of yachts and will feature ample interior space and natural light thanks to the presence of expansive windows, with a generous beam of 7.16 metres. On board, up to 10 guests will be housed across five staterooms including a full-beam, on-deck master suite.

The superstructure will be constructed of carbon fibre composite in order to safely accommodate a touch-and-go helipad. This material also offers the added benefit of improving hull performance and efficiency by reducing the weight of the upper decks. 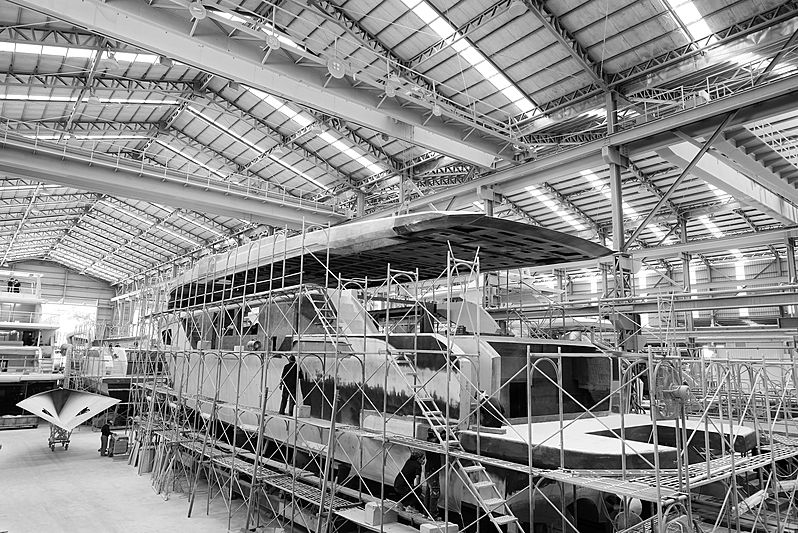 Photo: Horizon YachtsFurthermore, the CC98 will also house either a submarine or a large inflatable (up to approximately seven metres) on the upper deck, meaning that the enclosed skylounge will be will be positioned forward by an additional two metres. To manage the launch and retrieval of her equipment, the vessel will also come equipped with a four and 1.5-ton lifting crane. In addition, the 29.87-metre yacht also features a telescoping mast and radar arch to navigate the low bridges found throughout Australia.

On board, a large galley area is positioned aft on the main deck to facilitate dining either on the aft deck or at the interior dining table. Designed to reach some of the world's most remote locations, lifestyle is also at the forefront with relaxation and entertainment areas found throughout the vessel and the foredeck able to accommodate a jacuzzi and large sunbed. 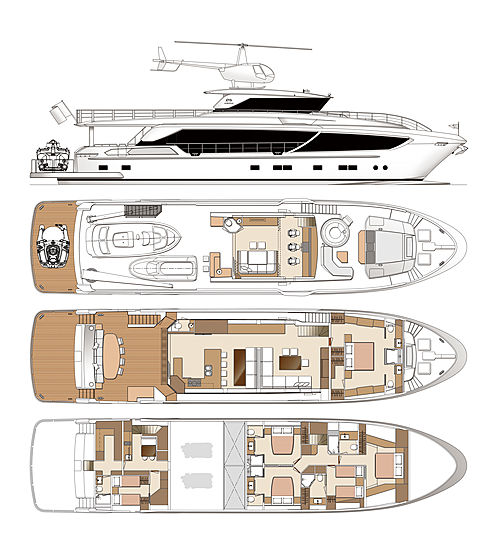 Photo: Horizon Yachts
In terms of power, the CC98 motor yacht has been equipped with commercial-grade 10V 2000 series MTU engines for long-range and efficient cruising. The ZF trailing gearboxes are designed for full redundancy, giving the yacht the ability to run on one motor to reduce fuel burn and engine hours. Furthermore, lithium-ion battery packs will also be installed to offset the house functions such as air conditioning and general electricity.