Horizon has launched the first yacht in its new E98 line. Named Do It Now, the yacht has undergone successful sea trials and will be transported across the Pacific from Taiwan to reach Florida in time for the Palm Beach International Boat Show in March. 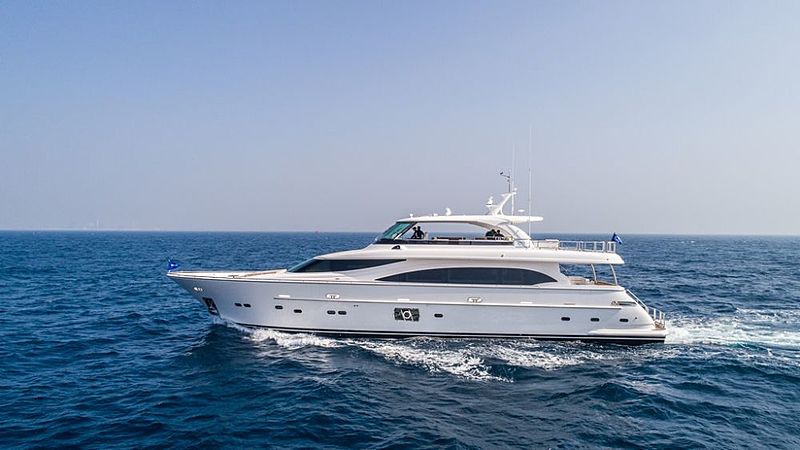 The E98 is the next step in the E series from the smaller E88. Swedish designer John Lindblom styled the high-performance hull with elegant and timeless lines to match the E98’s high cruising speed and offshore cruising capabilities. The yacht is just as suited for laid-back cruising with a 6-foot draft allowing her to reach shallower cruising grounds and anchorages. 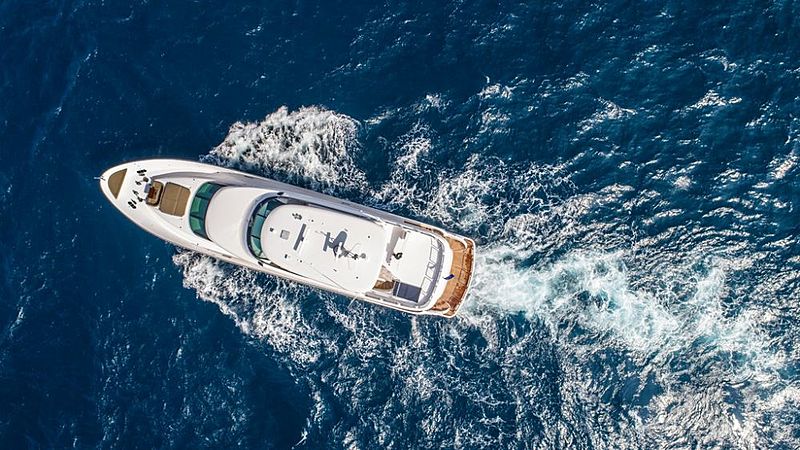 Do It Now is built with an open bridge layout, but a second enclosed skylounge version is also available. Hull number one is to be fitted with a forward windshield and side panels allowing crew to convert this open space into an enclosed air-conditioned area. 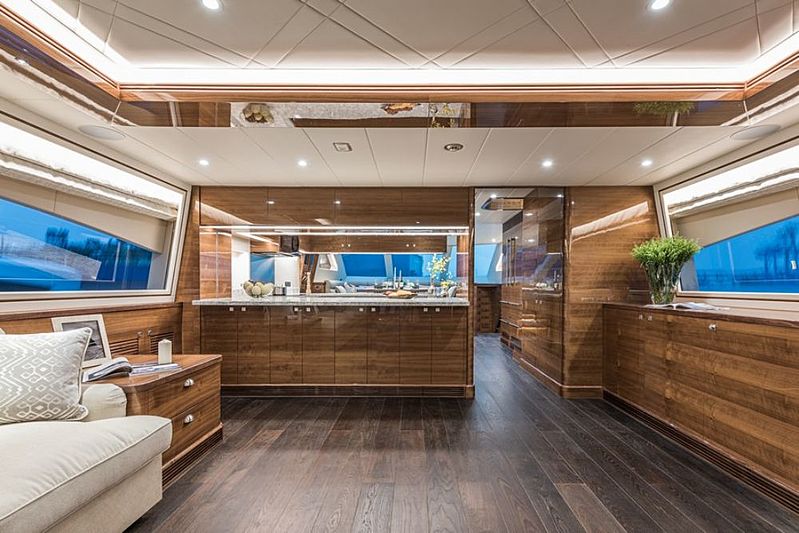 Horizon Group CEO, John Lu explains what made this particular model so attractive to her owner: “The new Horizon E98 motoryacht, with her extensive indoor and outdoor spaces, flexible interior configurations and numerous amenities, truly fits a market that we have seen arise in the last few years, namely clients who are not yet ready to make the leap to 110-foot plus yachts but are searching for something larger than 90 feet.” 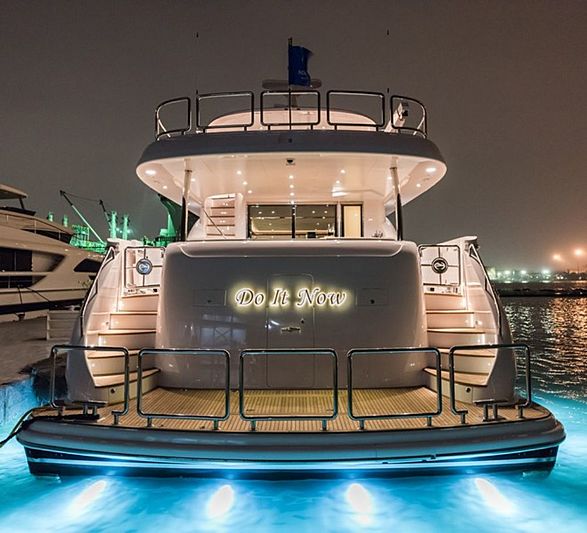 Do It Nowis equipped with twin CAT 1900hp engines and is estimated to achieve a top speed of 22.5 knots at half load. 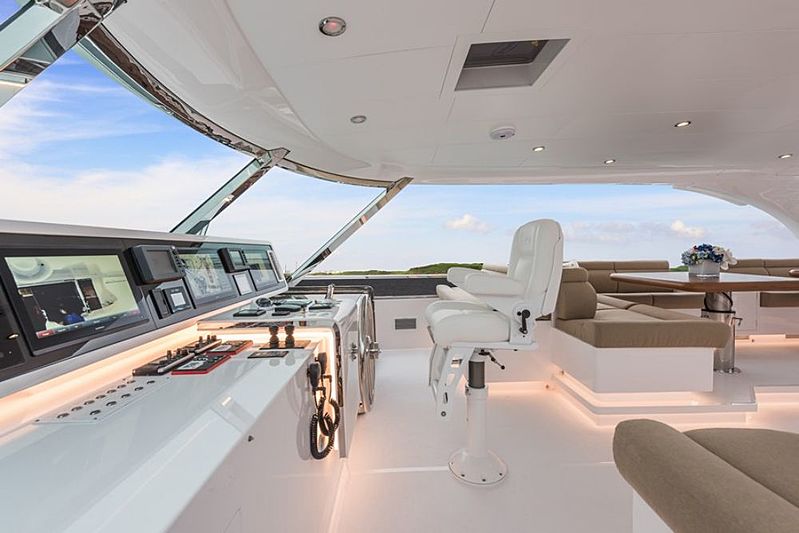