The 28.96-metre motor yacht Triton has been sold. The deal was concluded in-house by Denison Yachting, with David Johnson representing the seller, and Jason Lozeau from Galati Yacht Sales introducing the buyer. 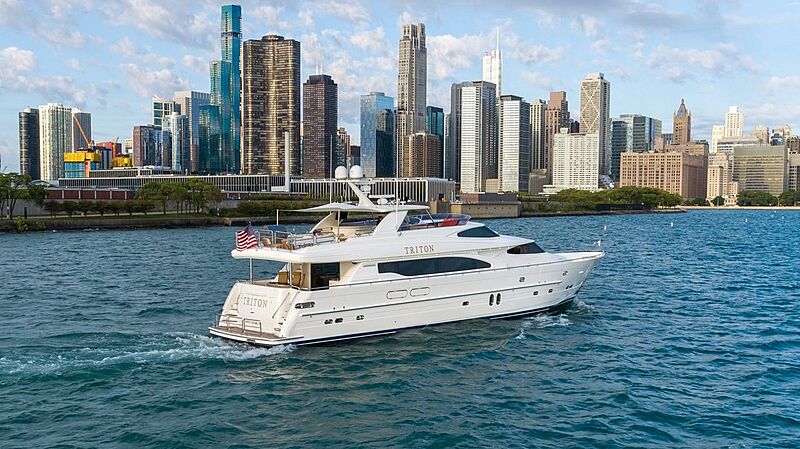 Built in 2007 by Horizon, Triton was designed in full by her builder. She can accommodate up-to six guests across her three staterooms, including one full-beam master with a lounge area, walk-in wardrobes, and an en suite bathroom. Triton also has a large VIP and a queen stateroom, both complete with en suite bathrooms. She is operated by a crew of four. 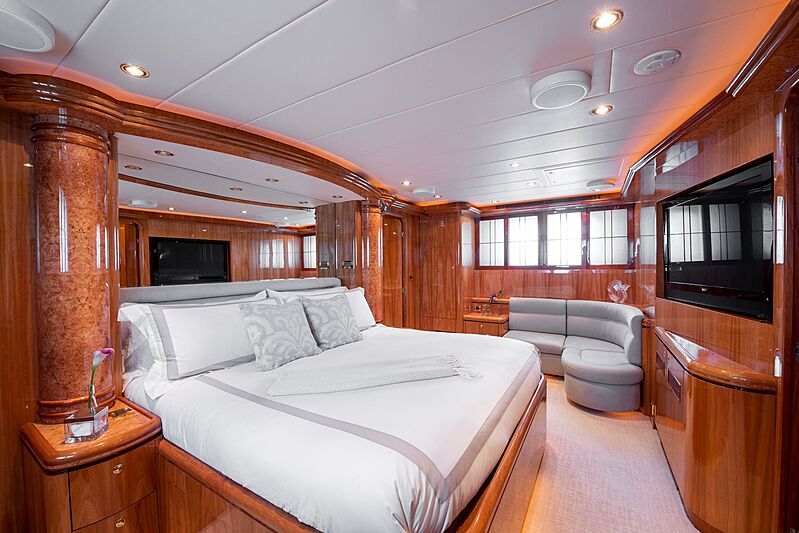 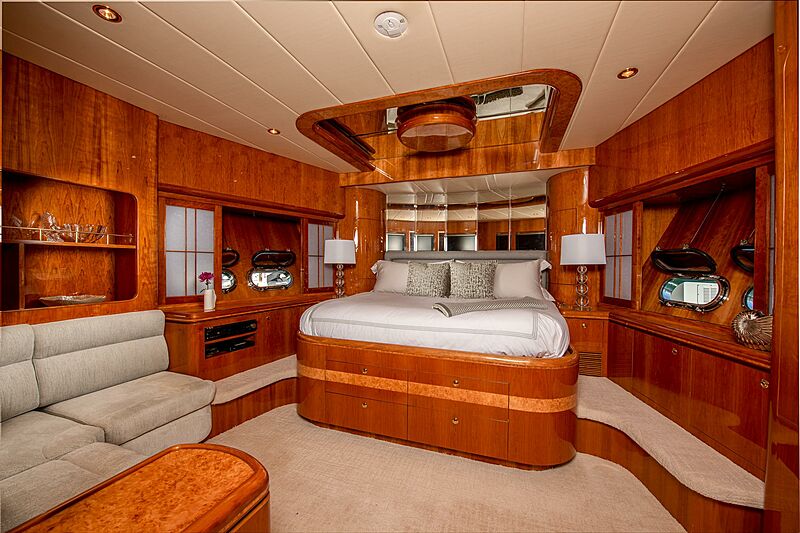 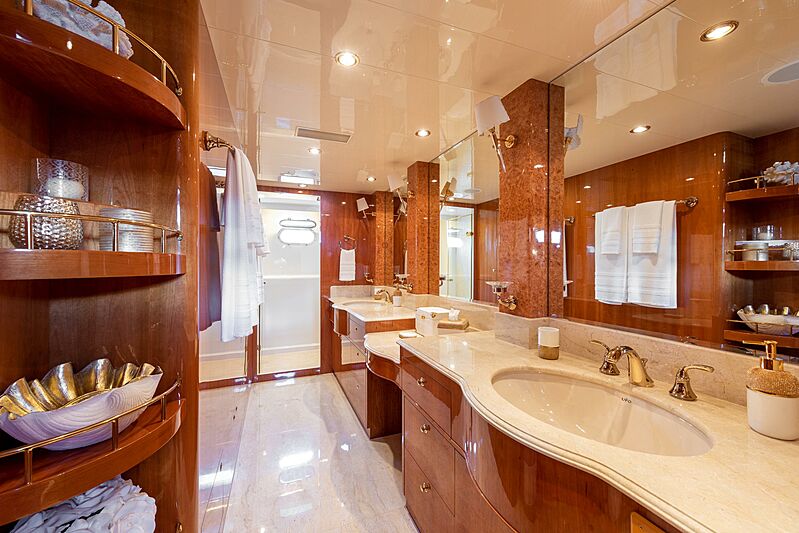 Triton features a large open-planned main saloon which includes an L-shaped seating area, a large bar and a formal dining area separated by a divider. On deck, she has sunbathing loungers to her bow, and an extensive flybridge including further lounge seating, a barbecue, a bar, and dining for up-to 10 guests. To the aft of her main deck, she has an al fresco dining area and stairs to access her swim platform to her stern. 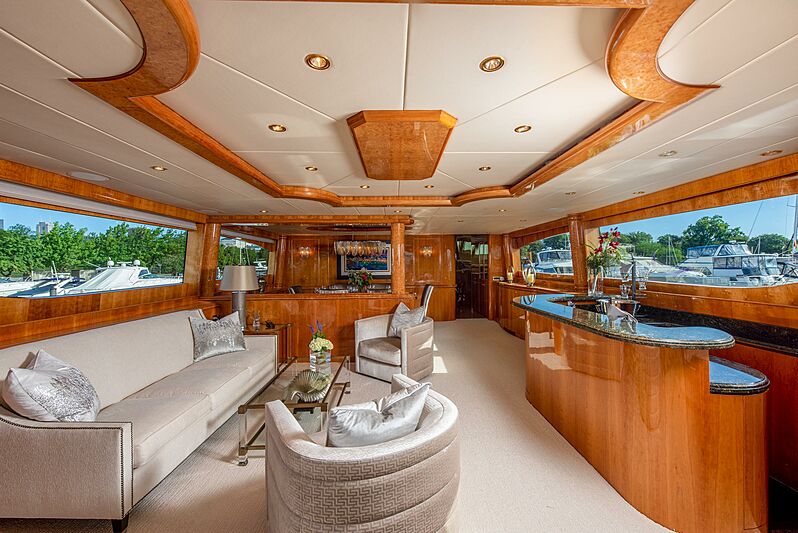 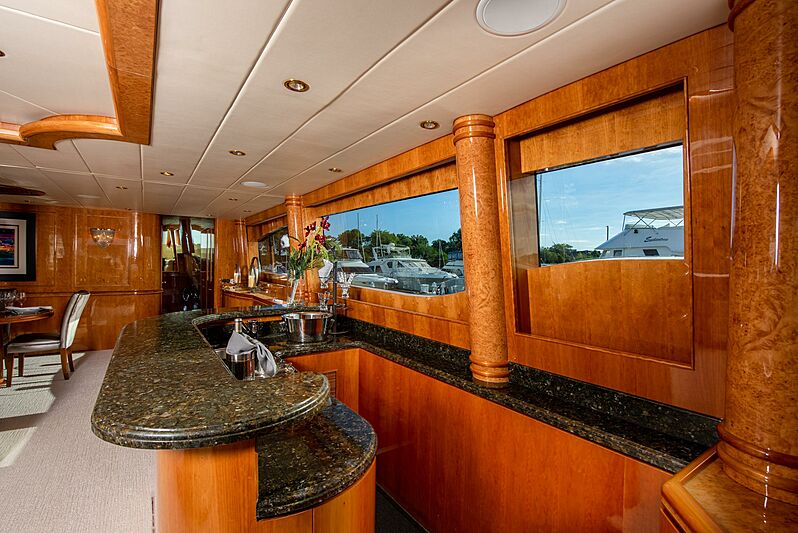 Performance-wise, Triton comes with only 1,400 engine hours and is powered by twin Caterpillar C32 diesel engines, giving her top speeds of 21 knots and a cruising speed of 19 knots. 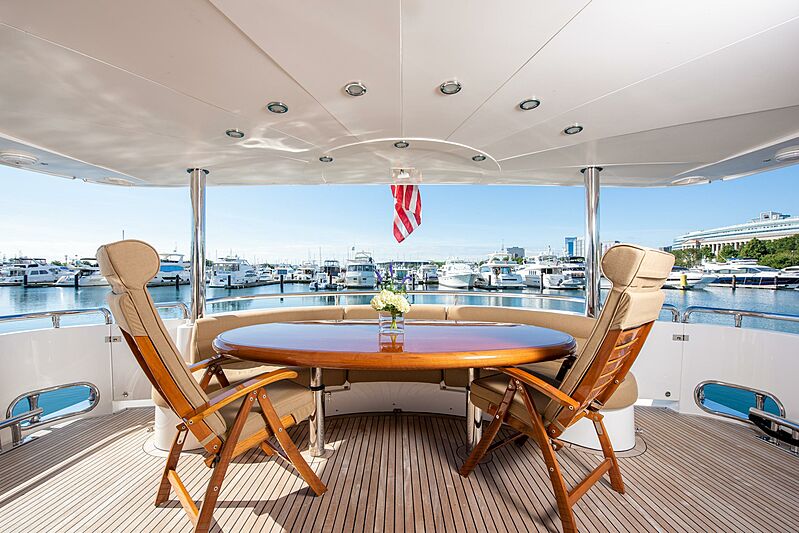 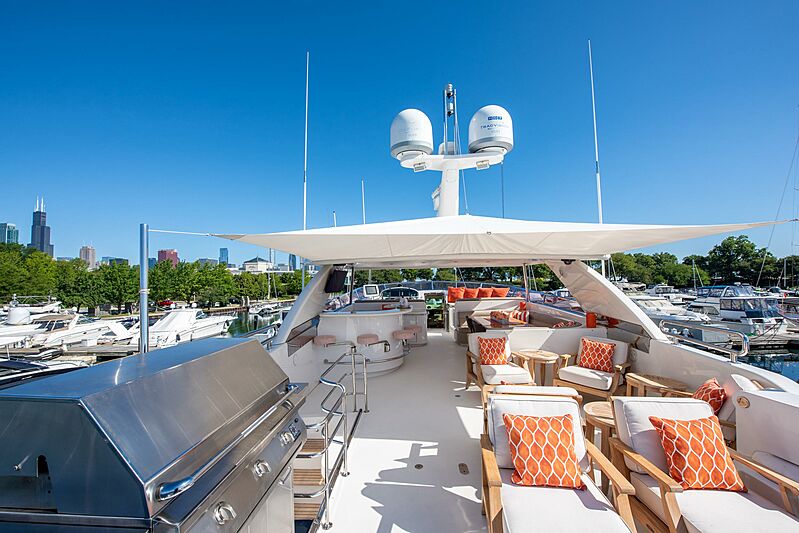 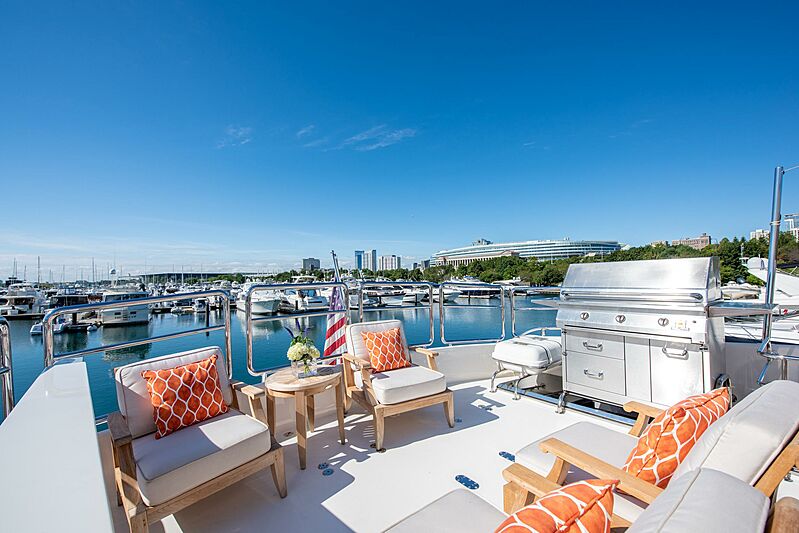 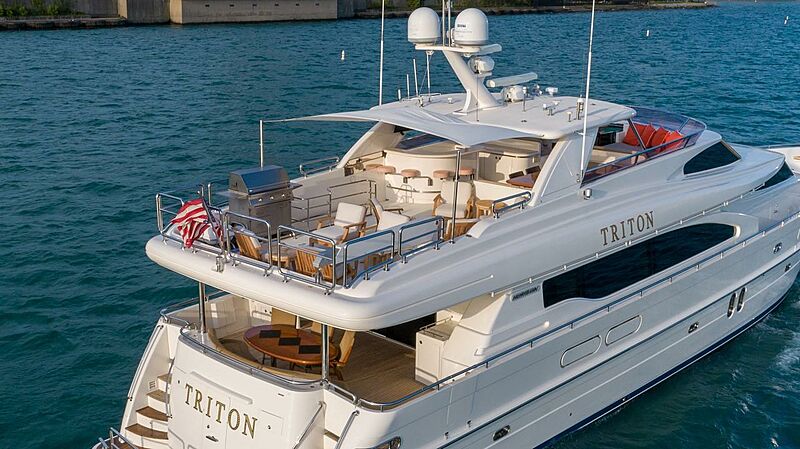